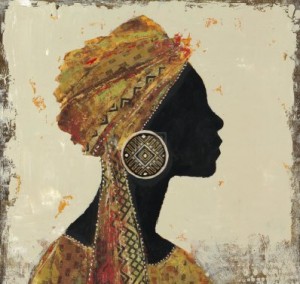 In the third installment of a four-part series, Celtic Life International examines the state of the Celtic Arts today.

Photographer Rika Saitō was so taken by that Celtic charm that she has made it the focus of her work.

“I live in a very conservative country,” she shares via Skype, “especially my city Osaka, which is a financial capital. People are reserved here, and life is structured and orderly.”

Her first exposure to Celtic culture came courtesy of Irish musical ambassadors U2. A long-time fan, Saitō travelled to Saitama in 2006 to see the super-group in concert.

“I met a lot of crazy Irish people at that show,” she remembers with a sly smile. “I had my first taste of real whisky also.”

Her new-found friends left such an indelible impression on the 27-year-old that she travelled to the Emerald Isle the following year on a government grant.

“I took over 10,000 pictures,” she says of her two-month trip. “When I came home, I exhibited the work in galleries in Osaka and Kyoto. My hope was to enlighten people here about Irish and Celtic culture, and perhaps even to shock Japanese society into some sense of lightness.”

Saitō returned to Ireland this past June, re-kindling friendships and taking another 5,000 photographs for a new exhibit that debuts next month in her hometown.

“I place photos of Irish people next to photos of Japanese people in everyday real-life situations; riding a bus, shopping, walking the dog. Despite the similarity of function, the differences in manners and approach are staggering.

“The camera doesn’t lie, and images are an ideal way to reflect on who we are and where we come from.”

Along the lush west coast of Africa, Senegalese visual artist Alioune Douzat is reflecting on his own colourful Celtic connection.

“My family tree goes back to Celts that had settled in Brittany over 2,000 years ago,” relates the 34-year-old painter. “They came to Senegal in the mid-1800s when the area was colonized by the French.”

Douzat’s journey into his past began in 2007, when he was contacted by a member of his namesake clan in France.

“Hundreds of us were invited to a gathering in Rennes,” he recalls by email. “I met ‘cousins’ from Haiti, Quebec, India, Louisiana, Southeast Asia and other parts of Africa.”

The ensuing family dialogue stirred something deep in Douzat.

“I felt as if, very suddenly, I belonged to this global Celtic tribe,” he muses.

Those emotions emerged in his art; ancient Celtic symbols and imagery mish-mashed with African colours and scenery. The work is vivid, vibrant and sensual. And, he says, it was unexpected.

“It just started showing up in my paintings over time, almost like it bubbled up from my subconscious, like I was accessing some long-lost part of myself.”

Maxime Renault can relate. The aspiring digital media artist from Paris connected with his Celtic past, present and future at the 2011 Festival Inter-Celtique in Lorient, Brittany.

“My grandfather is from the area, so I heard all about the Celts growing up,” he says. “And, to be honest, it meant nothing to me until last year.”

Renault’s experience at the 10-day gathering changed his perspective.

“I always thought of Celts as old-school farts,” admits the 24-year-old. “To me they were out of touch with contemporary culture. It turns out I was wrong. I met the most creative people in the world at that festival; jewelers, tattoo artists, DJs, fringe performers, acrobats, musicians, other digital media artists. It was a virtual Celticpalooza.”

Armed with a stronger sense of self, Renault began designing Celtic-inspired websites, social media pages and iPhone apps in his spare time.

“It’s a huge marketplace,” he states. “Now I’m getting calls and emails from every corner of the world – all of them Celtic people who are fiercely proud of their culture.”