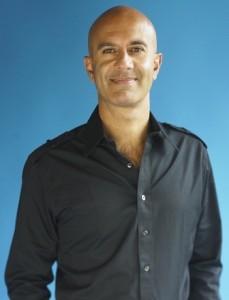 Born and raised in Port Hawkesbury, Nova Scotia, Robin Sharma is a motivational speaker and success coach to the likes of Nike, NASA and Microsoft. He is also the author of 12 books, including the best-selling The Monk Who Sold His Ferrari. In the latest edition of Celtic Life International, he answer our Seven Celtic Questions.

What is your own background?
My father is from the North of India and my mother is from Kenya. I grew up in Cape Breton, Nova Scotia. I treasure those roots. They shaped me enormously and influenced me deeply. I still miss the ocean and the people.

What was it like growing up amidst Celtic culture?
Awesome – such a rich culture.

From your perspective, what were some of the key characteristics of that culture?
A love of fun, human connections and the savoring life’s simplest joys.

How have those roots influenced who you are today?
Well they’ve influenced the way I see the world. Though I am now a global nomad in many ways, I still feel Cape Breton is my home. In terms of how the culture has influenced me, I’d say it’s taught me that everyone we meet has a lesson to teach, a story to tell and a dream to do. We all – no matter what our station in life – have hopes and fears and ideals and insecurities. As we remember this, we can connect with others and encourage them. And even inspire them. The culture has also kept my feet on the ground. I still live a pretty simple life, in many ways. My best days are spent with family, and in nature, and around music.

Speaking of music, when and why did you become a U2 fan?
I used to be in a rock band in university and we used to cover U2’s early hits like New Year’s Day. That’s when I started to like them. I began to love them when they did songs like Pride (In the Name of Love) and Beautiful Day. U2 – and their whole approach and philosophy – still speaks so deeply to me. I admire their devotion to mastery of their craft, their commitment to pushing the envelope, their desire to change the world. Bono is on my list of the Top Five People I’d Like to Have Dinner With (along with Nelson Mandela and designer Philippe Starck).

Again, from your perspective, and given your many travel experiences, is Celtic culture alive and well today?
Most definitely.

How often do you get back to Nova Scotia?
Once every year.