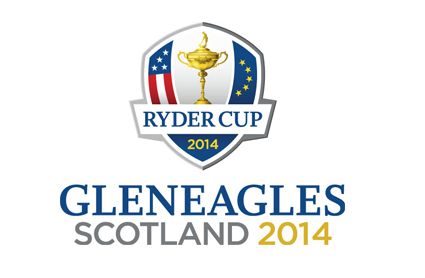 Normally the Americans and the Europeans are allies, but that all changes when it comes to the game of golf. The Ryder Cup is the trophy that pits the U.S. against the Europeans in a battle for golf dominance. If that sounds a little over-stated, then consider the appellations some of the previously best-known and hard-won Ryder Cups have received: the War on the Shore in 1991; the Battle of Brookline in 1999; and the Miracle of Medinah in 2012.

Now the Ryder Cup is returning to the birthplace of golf, Scotland, for the first time in more than 40 years and only for the second time in its history. Not only that, but a pretty solid argument can be made that the cup competition actually had its beginnings in Scotland. In 1921, 20 men assembled at Gleneagles in Perthshire for an international challenge match between Great Britain and the United States. As noted on the website for the 2014 Ryder Cup, the 1921 match “had no name, no real fan-fare, and no trophy to play for – but it whetted the appetite and gave rise to the phenomenon of the Ryder Cup, first officially played six years later.”

The cup returns to Scotland as part of the Homecoming 2014 celebrations. The event is expected to inject 100-million English pounds into the economy and attract tens of thousands of spectators. In preparation for the cup, golf legend Jack Nicklaus returned to Gleneagles to visit the course he designed in the 1990s and approve modifications made for the cup. The biggest change that was made was to drop the 18th hole green five or six metres. Although the course was challenging to begin with, the decision was made to modify it because of how much golf technology in terms of equipment has improved in the last 20 years.

While all eyes will be on the Nicklaus course at Gleneagles, it’s a small slice of August history for the golf course. Back in 1910, Donald Matheson, general manager of the Caledonian Railway Company, was so impressed with the lush valley his trains ran through that he envisioned a large country hotel and resort complete with golf courses for the entertainment of the guests. Matheson approached James Braid, winner of five Open Championships between 1901 and 1910, to design the King’s and the Queen’s courses.

A nine-hole course known as the Wee Course opened in 1928 and was extended to 18 holes in 1974 and renamed the Prince’s. A fourth course, Glendevon, opened in 1980. Nicklaus designed his Monarch’s course over the 18 holes of the Glendevon course and a portion of the Prince’s course (of which the remaining holes were converted into a new Wee Course). In 2001, the Monarch’s Course was renamed the PGA Centenary Course to celebrate the Centenary year of the Professional Golfer’s Association. It’s on this course the 2014 Ryder Cup will be played out.

The first Ryder Cup took place at Worcester Country Club in Massachusetts on a course that Donald Ross, the legendary course architect from Dornoch, designed. The Americans won the first match. Over the intervening years the cup would see-saw back and forth between the Americans and the Europeans. In 1973, Muirfield in East Lothian became the first Scottish course to host the cup. For the first time, the Great Britain team became Great Britain and Ireland, but the Americans prevailed to win the 20th Ryder Cup. In 2012, Scotland’s Paul Lawrie played a pivotal role in ensuring the cup stayed in European hands.

Alex Salmond, Scotland’s first minister, said the events of the tournament will long outlast the week of play and be felt for many years to come. “As well as the lasting economic benefit, having the world’s premier golf team event on our doorstep will allow thousands of young Scottish golfers the chance to see the very best the sport has to offer up close, giving them an experience they will never forget and inspiring them to achieve great things in the future.”

To be sure, some of the world’s greatest golfers will compete against each other at the event. Tom Watson captains the American team. Watson has played in five Ryder Cups, leading one in 1993 to a win. As well, he has 39 PGA tour wins to his credit. On the European side, Paul McGinley will lead the team. The Irish man is famous for having sunk a 10-foot putt on the 18th hole in 2002 to win the Ryder Cup that year for the Europeans.