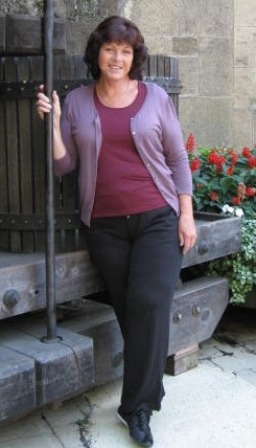 Things will get a wee bit warmer this weekend in San Diego, California, as the city hosts its annual St Patrick’s Day Parade and Festival. Recently, we spoke Christine McCormick of the event committee about what attendees can expect.

What is your own ethnicity?
Irish American; my family comes from Longford, Ireland. I am 5th generation.

When and why did you get involved with this event?
My friend from high school is the Parade Chairman this year. He asked for help last year (to get my feet wet!) so I would know more for this year. I am handling the Press Releases, media contacts and selling advertising in the Parade Program. I worked in advertising for 25 years before retiring 5 years ago.

What are the rewards of being involved?
I have visited Ireland many, many times since 1991. I now have friends there, which is great! When I found out about this organization (The Irish Congress of Southern California), I thought it would be fun to get involved, especially since I am now retired. It’s fun!

Why is it an important event for the community there?
I didn’t know about the group and I actually knew one of the founders of the organization! So – I might have gotten involved years ago. I am very interested in my ancestry and I think a lot of Irish Americans are interested also. All the events leading up to St. Patrick’s Day are all part of the fun. However, the Irish festival has a cultural component that is lovely to share with others – whether they are of Irish descent or not!

What can attendees expect this year?
The Irish Festival begins at 9:00am and goes until 6:00pm. The parade starts at 10:30am and takes about 2 hours from start to finish. This year we will have a special vehicle from the San Diego Fire Department which was used in New York on 9/11. This year the parade is honoring Public Service so this a special display to also honor the Fire Fighters!

Are we doing enough to preserve and promote Celtic culture generally?
I think it depends on the area. There is a fairly large group of people in San Diego who moved here from Ireland many years ago. Then you have people like my family which moved to California from Chicago Illinois. I never thought about the “Celtic Community” before I visited Ireland for the first time! Then – after that visit – I have been very interested! I think if you have cultural events – as well as celebrations that are well publicized – people will show up, have fun and probably come back again!

What can we be doing better?
Publicity is the key. So much of what we know about history of the western world is because of the Irish. I don’t think a whole lot of American Irish people know this. I love the Irish shows on the BBC like Ballykissangel, but we need more history stuff. I wish there are more documentaries about the regions and ruins of Ireland and the stories behind these structures. I have learned so much just driving around there and stopping when I find something interesting.