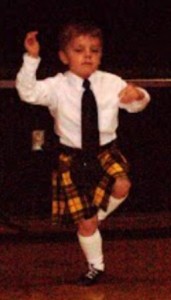 Celts of all ages will gather at the Parkersburg City Park Pavilion in Parkersburg, West Virginia next weekend for the annual Scottish and Celtic Heritage Festival. Event founder and coordinator Pam Brust gives us the details.

What is your own ethnic heritage/background?
I come from a long line of English Quakers, Welsh seamen, and Scottish and Irish, many of whom came to the shores of America in the early foundling days of our nation. I have done extensive genealogy research on my own family history and one of my passions is helping others find their roots.

How, when and why did you get involved with the event?
The inspiration for what is now the Scottish & Celtic Heritage Festival came after seeing a Tartan Day celebration in New York City for the first time. As part of the observance, Scottish patriot William Wallace’s sword was on display in a heavily guarded exhibit at Grand Central Station, what an impressive site. I felt overwhelmed just having the opportunity to see his sword, and found out later it was reportedly the first time the sword had ever been off Scottish soil.I came back to the Mid-Ohio Valley and started our own Tartan Day here After many growing pains and several venue changes, including moving from Ohio to West Virginia, the name was changed to the Scottish & Celtic Heritage Festival, widening our approach, trying to reach more of the Celtic population. Many Scots/Irish/Welsh came to settle this area, some of their heirs know little to nothing about their heritage or their ancestors and watching them learn about the Celtic peoples and culture, through music, dancing and storytelling is why we continue offering the festival each year.

What is the event’s core mandate?
The main impetus behind the festival is to provide information and exposure to Celtic culture, the festival offers day long Scottish/Irish music and traditional dancing including lessons to teach basic dance skills, some of which are very similar to our own square dancing. We also have a lot of children’s activities, highland games, crafts and Celtic storytellers to pass down the oral history and wonderful tales that sometimes are lost in our technologic world of today. We also sponsor a number of artisans demonstrating the old crafts, like spinning, pottery making, the art of handcarving Welsh Lovespoons, so children and adults alike have the chance to see these heritage arts for themselves. Members of our local St. Andrew Pipes and Drums always favor us with a concert and for many, this is the first, possibly the only time, they will ever get to hear the skirl of the pipes. We involve local historians, Civil War reenactors and members of the Sons and Daughters of the American Revolution to talk about the Scots/Irish role in those conflicts.

How has it grown over the years?
When we held the first Tartan Day we had about 50 in attendance, we have gone to more than 1,000 and almost every year we have an ex-pat who attends, saying they wanted a taste of the old country.

Who attends the event?
We get people of all ages attending and watching a child listening to the pipes, throw a caber, toss some haggis, taste a scone or hear the tale of the Selkies for the first time, and for everyone to learn more about the history of their ancestors, their struggles and triumphs and every day life, it makes everything worth while.

What can they expect to experience this year?
We will have ceili and celtic bands, West Virginia Scottish Highland dancing, artisans, vendors, Scottish/American/Welsh fare, Scottish clan exhibits, genealogy help,children’s games and crafts. One of our raffle prizes this year is a replica of William Wallace’s sword, the inspiration for it all.

Why is it an important event for the Celtic community there?
The festival not only shares information of the Celtic culture with those with Celtic roots, it also opens the eyes of others who may just be interested in learning more about other lands and times.

What are the plans for the event in the years ahead?
We hope we are able to continue to raise enough funding to keep the festival self-sufficient and growing in our little corner of the world.