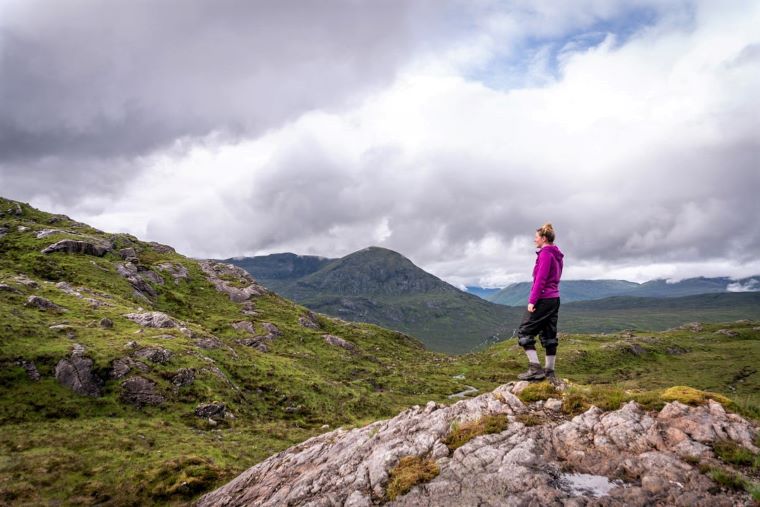 Scotland has got way more going for it than just kilts and bagpipes. The country is seeping in history and has miles upon miles of gorgeous landscapes. It is home to a relatively diverse terrain, complete with tall mountains, several islands, sea-side cliffs, and lush forests. The geography makes for an absolutely stunning country and a perfect setting for photos.

The Quiraing
The Quiraing is a landslip on the Eastern face of Meall na Suirmach on the northernmost summit of the Trotternish Ridge. It’s the only part of the slip that is still moving.

The West Highland Line train passing the Glenfinnan Viaduct
This legendry train is also known as the Hogwarts Express Train, as it was used in the Harry Potter movies. The line winds through gorgeous settings, including highland valleys and besides lochs.

Kilchurn Castle, Loch Awe, Scotland
Kilchurn castle sits on a rocky peninsula on the northeastern end of Loch Awe. During periods of higher than usual levels of water, the site becomes an island.

Highland Games.
Certain aspects of the games are so well known as to have become emblematic of Scotland, such as the bagpipes, the kilt, and the heavy events, especially the caber toss. While centred on competitions in piping and drumming, dancing, and Scottish heavy athletics, the games also include entertainment and exhibits related to other aspects of Scottish and Gaelic culture.

Fingal’s Cave
This sea cave can be found on the uninhabited island of Staffa. Its unique structure is formed by hexagonally jointed basalt. 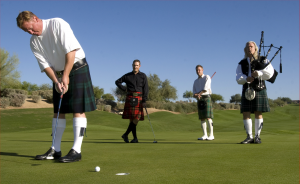 Home of Golf.
Golf in Scotland was first recorded in the 15th century, and the modern game of golf was first developed and established in the country.

Isle of Skye
The Isle of Sky is the largest island in the Inner Hebrides of Scotland. Its rocky slopes provide some of the most dramatic mountain scenery in the country.

Dunnottar Castle
This ruined medieval fortress lies on a rocky headland on the north east coast of Scotland. The ruins span over 3.5 acres and are surrounded by steep cliffs that drop into the North Sea.

Finnich Glen
Also known as the Devil’s Pulpit, Finnich Glen is about 30 minutes away from Glasgow. According to local lore, the gorge used to be used by druids as a secret meeting place.

Great Highland Bagpipe.
To the make of a piper go seven years of his own learning and seven generations before. If it is in, it will out, as the Gaelic old-word says ; if not, let him take to the net or sword. At the end of his seven years one born to it will stand at the start of knowledge, and leaning a fond ear to the drone, he may have parley with old folks of old affairs. Playing the tune of the “Fairy Harp” , he can hear his forefolks, plaided in skins, towsy-headed and terrible, grunting at the oars and snoring in the caves ; he has his whittle and club in the “Desperate Battle” ( my own tune, my darling ! ), where the white-haired sea-rovers are on the shore, and a stain’s on the edge of the tide ; or, trying his art on Laments, he can stand by the cairn of Kings, ken the colour of Fingal’s hair, and see the moon-glint on the hook of the Druids !

Kilt Rock
Kilt rock is sea cliff in east Trotternish that, as its name suggests, is said to resemble a kilt.

Highland Wear Kilts.
Highland Wear is the single most important piece of clothing a man can wear to give him style and sophistication.