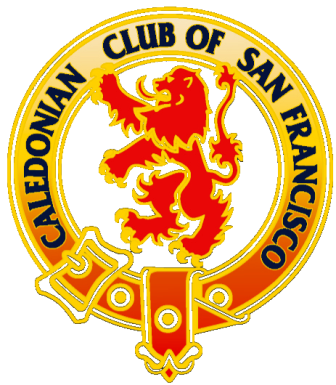 The Scottish Highland Gathering and Games have been taking place in northern California for 150 years. Floyd Busby has been involved with the event for the last 28. Over the phone, he recalls how he got on board.

“A friend of mine had a son who originally intended on taking over production of the festival’s print program. He realized quite soon that he was in over his head, so the organizers got a hold of me and I’ve been doing it ever since. About a decade ago, I took over promotions and advertising as well.”

A long time member of the Caledonian Club of San Francisco, Busby is quite familiar with the organization’s history with the games.

“The group was founded in 1866, putting together their first event that same year right in downtown San Francisco. That was the main site each year for decades – even through the earthquake of 1906!”

Today, the two-day festival takes place at the Alameda County Fairgrounds in Pleasanton – an hour’s drive east of the city. Though the locale is one of the largest of its kind in California, the games are always packed; in recent years, the event has attracted more than 900 pipers and drummers, and approximately 35,000 people total.

“The games have become, arguably, the biggest in the world,” claims Busby. “And we think our numbers are going to be even higher this year.”

He attributes that success to consistency; the festival’s format hasn’t changed much over the last three decades, with pipe bands, Highland dancing, and heavy athletics at the core.

“One of the very best heavy athletes – he retired a few years ago – was an African-American from Massachusetts. Like many others through the years, he was a ‘Scotsman for the weekend.’”

“One thing I believe we can take credit for creating was the women’s division in the heavy events,” states Busby. “This started with a young lady who became champion in all eight competitions. Since then, the women’s division has continued to grow, and it is now a vital component of our gathering.”

There’s also an amateur division, and one for older folks, where the caber is lighter and shorter.

This year’s attendees are in for a special surprise, as the games will be welcoming a “celebrity guest” of sorts; Hafþór Júlíus Björnsson, also known as Gregor Clegane (or The Mountain) from Game of Thrones will be there. The athlete-turned-actor hails from Iceland and stands at a whopping 6’9”. According to his IMDB profile, Björnsson was his country’s Strongest Man in 2011 and 2012, and was a top-three finalist in the World’s Strongest Man competition from 2012-2014.

“A lot of folks, especially young people, will be coming just because this guy will be there,” Busby says. “He will be signing autographs and such, but he’s also challenging the world’s top pros.”

Björnsson will be competing in the weight for height, which involves tossing a 58-pound piece of iron over a crossbar. Hopefully, the other athletes will be prepared. Björnsson’s Game of Thrones character is renowned for his ruthlessness; in season four, he literally crushes the skull of a fellow character.

Busby adds that the games are about more than the athletics, however; as with previous events, this year’s agenda includes a full-slate of live musical acts, food and goods vendors, a whisky tasting, sheep dog trials, a “coos and Clydesdales” showcase, a vintage car exhibit, a Clan village, and numerous activities for children.

“We are known as one of the most family-friendly games in North America,” he says. “There is always something for everyone here.”

And, of course, there are the pipes.

“They are the soundtrack to the entire weekend. I love the closing ceremonies each year, when the U.S. Marine band plays alongside a Grade 1 pipe band. This year, the Marine band joins the L.A. Scots.

“And, for me, that alone will be worth the price of admission.”