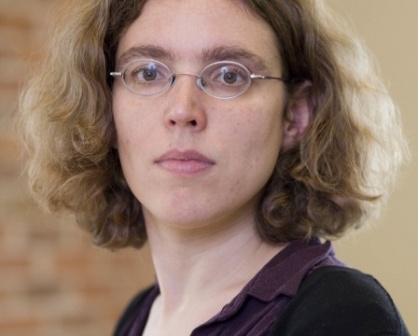 Celts and Gaels in Halifax, Nova Scotia are in for a treat tomorrow night, with the Canadian premier of Seal Songs, a musical work based on Scottish folklore. Recently we spoke with composer, Emily Doolittle, about what audiences can expect.

What are your own roots?
I come from a mix of backgrounds – Swedish, Polish Jewish, and New Englander. I’m only a small part Scottish – perhaps 1/8th or so. However, growing up in Nova Scotia, I feel like I absorbed a lot of Scottish culture without even knowing it. When I went to Scotland for the first time, I was amazed at how much it felt like “home” – more so than any other country I’ve ever travelled to.

When and why did you get involved with this event?
In 2008 I had a three-month residency at the Centre for Contemporary Arts in Glasgow, Scotland. I had three goals for this residency: to learn more about Scottish music and folklore; to research musical aspects of bird and other animal songs; and to explore ways of engaging with audiences beyond traditional audiences for new (classical) music. Although these three goals may seem unrelated, they are all brought together in Seal Songs, which is based on the Selkie legend, with passages which imitate the calls of various water birds and of grey seals, and includes a children’s choir. Seal Songs was premiered in Glasgow and Skye by the Paragon Ensemble and Voice Factory Children’s Choir in 2011, and I am very excited to be able to bring it to my home town, Halifax, for its Canadian premiere by the Halifax Boys Honour Choir, the Citadel Gaelic program, Fifth Wind quintet, and harpist Ellen Gibling.

Will you remain involved with the event in the years ahead?
We have another performance of Seal Songs planned for the choral conference “Podium 2014”, which will be held in Halifax in May. I’m very much hoping that this will lead to other performances in Canada and elsewhere.

How else are you involved with the Celtic community?
I play fiddle and piano. I play French Canadian traditional music in the band Podorythmie in Seattle (where I now live), and sometimes host Cape Breton music and dance sessions at my home. I studied a little bit of Gaelic as I was writing Seal Songs, and am planning to study more in the future.

Is enough being done to preserve and promote Celtic culture generally?
I find it really encouraging to learn about the Gaelic program in the Halifax schools — there was nothing like that when I was a student. I’m not sure whether it’s “enough”, but I do feel very optimistic about the future of Gaelic and of Celtic music. One thing I’ve really appreciated as I’ve worked on Seal Songs is how warm and welcoming the Gaelic-speaking community has been. Although my Gaelic-speaking ancestors are many generations in the past, and are only a small part of my heritage, I never felt like anyone questioned my involvement in this project. Everyone has been so helpful, from the musicians I’ve worked with in Scotland and in Halifax, to Rody Gorman who wrote the Gaelic text, to the Gaelic speakers who worked with me to help me understand and set the Gaelic text, to Donna MacInnes and the Citadel Gaelic program. For me, one of the most important aspects of writing music is creating a warm sense of community between myself, the performers, and the audience, and I really feel like that has happened with this piece.