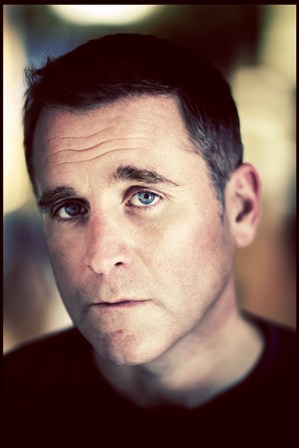 Since parting ways with his Great Big Sea cohorts, life has been good, busy and interesting for Newfoundland singer-songwriter Sean McCann.

Fogo Island sits just atop the very northeastern tip of Newfoundland, on Canada’s easternmost coast. The atoll is just 25 kilometers long and 14 kilometers wide. A 2011 census shows that 2,395 residents inhabit the island, though that number swells each August when the community hosts its annual Brimstone Head Folk Festival. The great Pogo Island Punt Race takes place there each summer as well, honouring the area’s seafaring past.

“It is quite remote,” notes Sean McCann over the phone from his home in Newfoundland’s provincial capital of St. John’s. “That’s why I haven’t been in touch over the last little while; the phone and internet access up there is a wee bit dicey at the best of times.”

The 47 year-old, singer-songwriter needn’t apologize; artistic types need time and space to do what they do best – create.

“I took the guitar up there, along with a folder full of lyrics, in the hopes that inspiration would lead to perspiration. It’s one thing to be inspired when you are writing music, but it’s another thing altogether to put in the hours. It’s a little like building furniture in that way; taking all the individual pieces and carving them into something cohesive and functional. And that takes time.”

Time is at a premium for McCann these days. Along with his familial duties (he is married, with two children), he has been writing new songs for a forthcoming solo release, touring non-stop in support of his 2014 recording Help Yourself, making short films, managing his website and social media activity, writing regularly for his online blog, contributing to a number of social causes and working on his own personal development.

“I sobered up just a little over three years ago,” he shares. “Things had become a bit unmanageable for me – not necessarily on the outside, but inside; emotionally and spiritually. Since then my personal journey of recovery has been my priority; it is the hub upon which all of my life-spokes turn. Without it, God knows where I would be now.”

McCann is quite open about his 12-step travels.

“I wouldn’t say that I’m one of those bible-thumping reformist types,” he laughs. “But, I’ve had no problem sharing my experience, strength and hope in public. My hope is that by telling my own story, it might help or inspire others who might be suffering with the same affliction. Carrying the message of recovery is a big part of what keeps me sober, so there are selfish motives for doing it as well.”

The troubadour was two years into his healing process when he made another life-changing decision.

“It was time,” he shares of his split from renowned Celt-rockers Great Big Sea. “We had a great run for twenty years, and I will forever cherish the memories of working with Alan (Doyle) and Bob (Hallett) and our whole team, but it was time for me to move in a fresh direction. Things were getting a little stale there at the end for me; the band had become a big business more than anything else, and I was feeling quite removed from the very things that made us successful in the first place; the music, the creativity, the let’s-take-on-the-world spirit, the connection with the fans. And I felt that I could only get back to living those ideals – walking the talk – on my own.

“By then, I had already released two solo recordings (Son of a Sailor, Lullabies For Bloodshot Eyes), so I knew that I had it in me to write, record, release and tour my own music the way that I wanted to. Hitting the ‘reset’ button wasn’t easy, and I was scared, but it was a step I had to take.”

McCann adds that returning to smaller venues wasn’t an issue for him.

“I love it,” he smiles. “The warmth and intimacy you find at a place like The Carleton in Halifax (NS) is simply something you don’t experience performing in big concert halls and arenas; for me, the immediacy and interaction with the audience is far more rewarding and fulfilling as an artist, and I especially enjoy getting the chance to meet and speak with fans after a show.”

Aside from music, chatting might be what McCann does best.

“Oh, you noticed did you?” he chuckles. “And I’m only on my second cup of coffee! You can blame my parents for that, and my heritage. What’s that they say about the Irish having the gift of gab? Newfoundlanders are notorious that way. We’ve a million stories, told a million different ways. Just look at the amount of books and musical recordings coming out of here each year. The numbers are staggering already, and they just keep growing. It must be something in the saltwater, or maybe the isolation of being out on a rock in the Atlantic Ocean.”

I refer back to McCann’s recent foray to Fogo Island.

The time and space seems to have served him well, however.

“Yes, it was productive,” he says. “I’m piecing together material for a new album, which I expect will be released sometime in 2015. My hope is to again work with Joel (Plaskett, who produced Help Yourself) at his home studio in Dartmouth (NS). He totally gets where I want to go with my tunes, where they need to be. As a creative person himself, he understands the intricacies and subtleties of songwriting and what it takes to best serve the songs in the studio.

“But I’ve still got a lot of work ahead of me before that; more ideas to sift through and more music and lyrics to pair up. I can certainly get some of that done here at home, but it’s likely I’ll need to start thinking about a return to Fogo Island.”