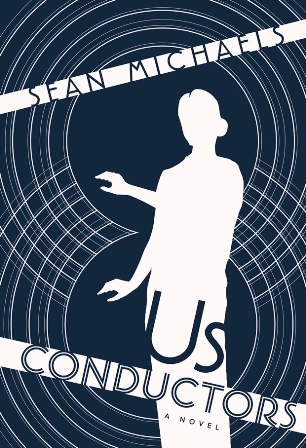 On November 10, 2014, Sean Michaels joined those illustrious names and won the annual prestigious prize for his novel Us Conductors. In the award’s 21-year history, only two first time novelists – Michaels Johanna Skibsrub – have won the coveted prize.

Michaels, who was born in Stirling, Scotland and spent his first six years living there, has been working as a journalist and writer of numerous forms for at least a decade. He describes the struggles and joys of writing as like “wrestling with your best friend.”

In 2003, while studying at McGill University, he began his famous Said the Gramophone blog. As one of the first mp3 blogs in the world, and the first in Canada, the blog continues to allow visitors to simultaneously read about and listen to the songs Michaels and his co-authors love.

Michaels has contributed to numerous other publications, from The Guardian and The Globe and Mail to Rolling Stone and The Walrus; his short stories have appeared in anthologies and literary magazines like Maisonneuve and The New Quarterly. He’s won two National Magazine Awards, served as a writer-in-residence for music festivals and helped expose musicians like Arcade Fire and Feist.

“I love this kind of idea of a secret world, you know that kind of magical world through the wardrobe,” says Michaels over the phone from his Montreal home. “So if I’m writing about a band, I love that feeling of going into a room with them and there’s just a gang of men and women with guitars or violins and they can transform this space for everyone there to this other world. I also like true stories that feel like they ought to have been made up. I think in my fiction, the inverse of that is I really like live fictions that feel true.”

Michaels’ Giller prize-winning novel combines “actual” history with the imaginary. Us Conductors is based on the life of Lev Termen or Léon Theremin (1896-1993), a Russian inventor and spy, who travelled between the “glamour of Jazz Age New York to the gulags and science prisons of the Soviet Union,” describes Random House Canada, the novel’s publisher.

The story also delves into the love story between Termen and Clara Rockmore. Termen invented the theremin, an electronic instrument played without physical contact, and Rockmore was quite possibly the best theremin player of all time.

“I was really interested in writing a story about the strange relationship that many people have with the idea of true love…” describes Michaels. “As I thought more about those ideas, the story of Lev and Clara seemed like a really interesting setting to explore that lying love story.”

“I was kind of sceptical of that kind of perfect, mythic love story as it appeared in some of the texts,” says Michaels. “In some ways the book was my attempt to imagine what might really have happened. But then at a certain point, I’m not really that interested in what might have happened. I really just wanted to tell the story I wanted to tell, whether or not it was true—in fact deliberately not true. In my book, Léon is a kung fu fighter, there are a couple murders in the book…all of that is totally made up.”

For Michaels, winning the Scotiabank Giller Prize, accompanied with a $100,000 purse, is more than just recognition. It is about his livelihood.

“It’s one thing to win a prize, but because of where I was in my writing life, you know I was and am a first-time novelist and I was just hoping to carve out a chance to write another book,” says Michaels. “Working at all my other work and kind of fighting through, this isn’t just a prize where it’s like ‘Oh you did a good job.’ It is not just that a jury approved of my novel. That jury in a way has given me a career. So it’s bewildering!”

“I’m keen to start writing another book,” he adds. “Writing is always hard, but this time writing will be without this deep fear in my chest that no one will ever read it.”