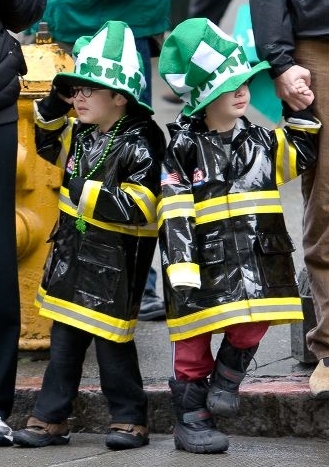 What are your roles and responsibilities with the event?
I’m the Chair of Irish Week, a series of 13 different family-oriented and fun events strung out over 9 days in March 2013 and organized as a way of celebrating St. Patrick’s Day in Seattle. The events range from an Irish Soda bread Contest to a Fun-Run, a Parade, a Festival, a Mass, luncheons and dinners, etc.

What is the event’s core mandate?
To provide people of Irish birth, ancestry and interest many opportunities to celebrate their “Irishness” in an authentic way and to have fun while doing it.

How has it grown over the years?
Between all the events and activities (and excluding the many bar patrons), we estimate that 25-30,000 people will attend or participate in some Irish-related event or activity that is being organized as part of Irish Week 2013 in Seattle. When the Irish Heritage Club, the main organizing body, was formed in 1982, participation then involved a couple of thousand at most.

Who attends the gathering?
Since Washington State has about 800,000 people who claim Irish as their primary heritage, the clear majority of participants probably have some connection to Ireland, but most of our activities are organized with no admission fee which attracts families who just enjoy or want to experience Irish music, singing, dancing, etc. Thousands with no or little Irish connection participate as our activities mainly appeal to families and to all ages.

What can they expect to experience this year?
In general, as the numbers participating in our events have increased year to year, the numbers of our Irish Week events and activities have also increased. In 2013 we are again anticipating increased attendance numbers and as a consequence we are expanding our offerings at the different events. For example, at the Irish Festival we feature two artists, with one doing some Irish watercolor paintings on site while answering questions from the festival goers, and the other exhibiting his Irish paintings that are valued at thousands of dollars. We have four Irish organizations that each cater to specifics groups in Seattle’s Irish community who for the first time will combine to organize an Irish Community Happy Hour as a way to get the Irish community’s young and old meeting and mixing together.

Why is it an important event for the Celtic community there?
It’s a reminder of our shared interests and concerns, and is also a public reminder and acknowledgement of the various Irish factors that have shaped the community we live in.

What are the plans for the event in the years ahead?
We need some public site in the Seattle area that formally acknowledges the contributions of the Irish to the Pacific Northwest. There have been some discussions about organizing a public monument to be dedicated in 1916, the anniversary of the Easter Rebellion.

Is enough being done to preserve and promote Celtic culture generally?
We can always do more. I’m not sure that I would ever be satisfied and say that enough was being done!

What can we be doing better?
With 800,000 Washingtonians whose ancestry is primarily Irish, we need to find a way to reach them and to involve them in what we do. We’re working on that.