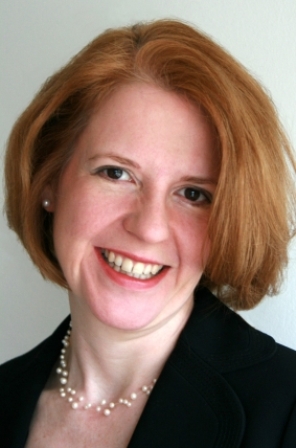 Scots will be riding a wave of celebrations next year when countrywide festivities will include the year-long national Homecoming, the Commonwealth Games, the Ryder Cup and big cultural celebrations in Glasgow.  Homecoming Director Caroline Packman reveals her own feelings about the months ahead and discusses what it means to be Scottish

What is your own ethnicity/heritage?
With a surname like Packman it’s perhaps less obvious than some others! On my father’s side I’ve traced my ancestry back six generations to the 1770s – all were crofters and farmed land only a few kilometers from where my parents still live in the north-east of Scotland.  I recently found out that my great-grandfather’s brother emigrated to Canada, so I’ve discovered a whole new branch of my family in Perth, Ontario. On my mother’s side, my ancestors immigrated to Scotland from the Lake Como region of northern Italy in the 1830s and established a successful watch-and-clock-making business, until most of a later generation emigrated from Scotland to Australia.

Why are those roots important to you?
Tracing my ancestral roots was exceptionally rewarding as discovering the connections and my family background gave me some great anecdotes to share with my family.  Discovering your roots enables you to become aware of who you are as a person. It also made me realize that family history is more than just names and dates; tracing my roots gave me an insight into who my ancestors really were, where they lived, and what they did.

What does it mean to you to be of Celtic heritage?
I believe my heritage is a part of my identity.  Although I love travelling and have lived and worked extensively overseas, it’s still nice to come home and it makes me feel proud to say I am Scottish.  It’s always amazing to see the reception and engagement from people overseas when they find out you are from Scotland.

How are you involved with the Celtic community?
It is mostly through my work.  As Director of Homecoming Scotland 2014, it’s my role to ensure we showcase hundreds of events across the country and position Scotland on the world stage as a dynamic and creative country with a rich history and culture.  A good example of this is through our continued work with clan and highland games associations, both at home and overseas, to ensure that Scottish culture is at the very heart of our Homecoming Scotland events.

Why is it important to keep Celtic culture alive?
I think it’s important to keep all cultures alive. However, people of Scottish descent who have visited Scotland to walk in the footsteps of their ancestors, tell us that it’s often one of the most powerfully engaging adventures they have ever undertaken.  The archives and data that chronicle the lives of their ancestors, the castles, the crofts and the churches that provide background to their lives are still here to discover.The connections to that history will be highlighted through the Homecoming Scotland 2014 programme of events. There’s also the importance from a business perspective — due to the reach and engagement of Celtic culture, we shouldn’t forget that strong trade links have been forged which generate significant revenue for many businesses.

Are we doing enough to preserve and promote that culture?
Absolutely, I think there are some great examples of how Scottish culture is being promoted and preserved and 2014 is a prime example of this. The Homecoming programme itself aims to do just that by showcasing Scotland’s traditional and contemporary culture, both through new festivals, music, visual arts and heritage. There is also the Glasgow 2014 Cultural Programme. This vibrant creative festival will occur in Glasgow and across Scotland to complement the largest multi-sport event the country has ever seen — the Commonwealth Games.  The Glasgow programme will encompass the broadest possible range of cultural expression– including performing arts, visual arts, literature, traditional arts, architecture and design.

What can we be doing better?
I think we are in great shape for promoting culture both at home and overseas.  Everything that’s planned for 2014 will showcase our rich history and culture.  For me, it’s not really about what we can do better; it’s about building on these opportunities and ensuring we create a lasting legacy for Scotland.  The country has much to look forward to in 2014, but most importantly Scotland looks forward to welcoming visitors, the people who will make next year extra special!