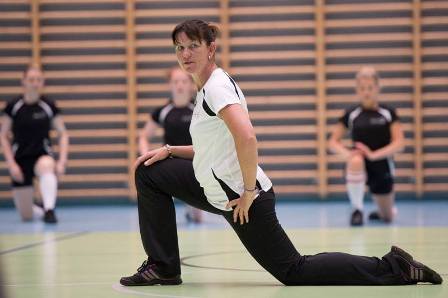 Africa brings many things to mind, but highland dancing isn’t one of them. Yet in the South African city of Johannesburg, the Celtic art form is alive and well. Since she was a young girl, South African Shelly van Gool has practiced highland and Irish dancing. The 48-year-old comes by her skill honestly; her grandparents founded the Southern Caladonian Society, and her family stayed engaged with the group. “Being exposed to the Caledonian Society and all things Scottish, it was natural that I should take part in highland dancing,” van Gool said.

Africa, of course, has its own rich dance culture, but South Africa in particular boasts a diverse cross-cultural population, which has led van Gool to become an ambassador for and teacher of highland and Irish dancing. South African children have a wide choice of extra-curricular activities, van Gool said, which means it can prove challenging to get the youth to commit to just one dance form; many do two of three types of dancing.

“My involvement today has become more of a passion to ensure that the dance form continues,” she said. “Although I don’t compete any more, I am amazed at the opportunities that I have been given through my involvement with dancing. If someone had told me when I was 15 years old and still competing that highland dancing would take me around the world, I would have laughed at them. Being involved in highland and Irish dancing has certainly made my world smaller.”

Van Gool first began highland dance classes at age five, but as a shy girl she didn’t take to them at first. When her aunt moved to Johannesburg, van Gool, at that time eight years old, ended up in dance classes with her two cousins and the three of them formed the class at first. Van Gool successfully competed until age 22, at which point she took her associate exam and then her adjudicator’s test in 1989.

“Living and dancing in Johannesburg had enough competitions for us to be competitive,” van Gool recalled. “Travelling to dance overseas was restricted due to the political status of our country, but this was never an option for me during my competing years, although there were a few South Africans who did get to compete overseas.”

Van Gool doesn’t attribute any particular influence to her dancing, only that she liked the idea of doing something different from everyone else. She originally did Irish dancing as well, but a lack of support for the form caused it to die out and become integrated into highland dance. In the late 1990s, van Gool began Irish dancing again with her senior teacher. After standing in for the teacher while she was on holiday, van Gool decided that she really wanted to teach. In 2007, she completed her TCRG, certifying her to teach Irish dance. She now teaches both forms.

Looking ahead, van Gool wishes to begin an outreach program into under-privileged areas in order to give children an opportunity to try something different. “Perhaps this may lead to an interest in taking up Celtic dancing as their preferred activity,” she said.  And if that’s not enough, she’s also involved in the Rhythm of Africa Highland Dance Company along with Carol Jones, who lives in Basel, Switzerland.  That company has sent dancers to perform at the Basel Tattoo in 2008, 2010 and 2013, when the dancers also formed part of an international dance team with others from Canada and Scotland.

“The aim of the dance company is to bring Highland Dancers from all over the country together to perform in shows and tattoos. The company is open to both competing and non-competing dancers,” van Gool said. “Many dancers do not want to carry on competing after a certain age, but are still good dancers and want to continue with this amazing dance art. The dance company gives these dancers the chance to do so.”

Added van Gool: “Our dancing community, like many others around the world, has shrunk…but we continue to keep the dancing alive.”