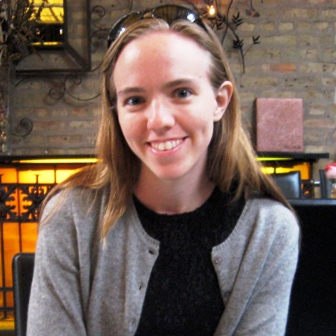 Kathleen Currie Hall is a founding member of Shot of Scotch, a professional performance group of adult highland dancers whose NYC branch will be performing tomorrow night at the Caledonia Club pre-parade ceilidh as part of Tartan Week celebrations in Manhattan. Recently we spoke with her about the troupe.

What are your own roots?
I’m Scots-Irish, but only if you go back far enough! My paternal great-grandmother immigrated to the US from County Derry in Ireland, and on my mother’s side, we have Scots-Irish ancestors who came to America in the 18th century. I was born and raised in the US and moved to Vancouver, BC, about 3 years ago.

How, when and why did you get involved with Highland dance?
We were on a family vacation in Nova Scotia, and I was about 10 years old. My parents had always loved Celtic music, and we stopped by the Gaelic College in Cape Breton. I saw highland dancing and told my parents that was what I wanted to do; I haven’t looked back since!

Are they the same reasons you continue to do it today?
The things I love about highland dancing are really too many to count. I love the precision of the steps and the effort that it takes to get even close to doing them correctly. I love the physical outlet it provides. I love the self-awareness and self-confidence that it teaches, and the skills in terms of being able to take and learn from constructive criticism. I love the challenge of setting goals and working hard to achieve them. I love the creative aspects of putting together original choreography from traditional movements. I love working with music and musicians that get your blood pumping and make you feel the need to get up and dance. But, what I really love most of all, is the camaraderie and friendship that exists among highland dancers!

What have been some career highlights?
My most favourite memory is when I had a ceilidh to celebrate my PhD defense, and I was able to do a celebratory fling with everyone from teachers who had believed in me, to friends I grew up dancing with, to students I had been teaching, with another teacher playing the pipes for us all.

What are the challenges of the vocation?
The most obvious is the physical challenge: highland dancing is a high-impact sport that can be very hard on the joints and muscles. It can also be mentally tough to face your own shortcomings and challenges and figure out how to overcome them.

What are the rewards?
I’ve listed many of them above! I think, overall, the reward is the feeling of pure bliss when you’re dancing along and everything just feels right — those moments when you know you’ve achieved the goals you’ve been working on and can perform the dance to an audience the same way it feels in your heart. And if you can do that to live music, while dancing with your friends, then…wow.

When and why did you get involved with Shot of Scotch?
After grad school, my first job was in New York City. And — I know this will come as a surprise — there was no traditional highland dance studio in the city when I moved there! There was plenty of Scottish country dancing, and a Celtic dance group that incorporated a fair bit of highland dancing, but no traditional competitive or performance group. I found a few other like-minded adult highland dancers who were living in the city and wanted to have such a group to dance with (Susan Nase and Kendra Monroe), so we started Shot of Scotch in early 2011. After a couple of years, I got a job offer at UBC and moved to Vancouver. Shortly after, Susan also independently ended up moving here, and while there’s LOTS of highland dancing in Vancouver, we realized that there was still a niche for an adult, professional-level performance group, so we started up the Vancouver branch in the spring of 2013. Kendra’s still got the original NYC branch doing phenomenally well, too, so I guess we’re now an international franchise!

What is the troupe’s mandate, and where do you perform?
We focus on recruiting adult dancers who have trained to the highest level of competitive quality, but who are now interested in performance aspects of highland dancing. We do place an emphasis on Scottish Official Board-style technique, but combine that with innovative choreography and showmanship to provide customized performances for a variety of audiences. We have danced at private dinners and parties, Scottish and Celtic festivals and concerts (we love dancing with live music!), and all sorts of other community events, such as the BC Truth & Reconciliation gathering; Simon Fraser University’s Diwali Festival, where we teamed up with the Royal Bhangra Academy; Remembrance Day events, where we performed with the RCMP Division ‘E’ pipe band; a fundraiser for the BC Children’s Hospital’s creative arts program; and many others. We strive to share our passion for highland dancing with anybody and everybody!

How else are you involved with the Celtic community?
I do highland dancing with Shot of Scotch as well as the Ward-McRae Highland Dancers, which is a more traditionally competitive dance studio in Vancouver. I also dance on the Royal Scottish Country Dance Society’s Vancouver Branch demonstration team, and do many performances with them. I am a member of the US national highland dance “Choreography Committee,” which works to create novel choreographies to promote performance-style highland dancing across the US. I am a certified member of the British Association of Teachers of Dance, and a member of the ScotDance Canada teachers’ governing association.

From your perspective, are young people still interested in Highland dancing?
On the one hand, yes, there are clearly many young people who are keen on highland dancing, and the upper bound of “young” seems to keep rising! That is, I see many dancers who are past the “usual” age for quitting continuing to dance or returning to dance as adults, which I think is fantastic. At the same time, the overall numbers of dancers have been declining, especially in the US, and that is certainly worrying.

Is enough being done to preserve and promote Celtic culture generally?
I don’t really know what “enough” would even mean! We can’t force people to be engaged in things they’re not interested in, and I do believe that traditions of music and dance need to be living traditions rather than being preserved in some romanticized static state — the new generations need to embrace the past but also have the freedom to shape their own traditions. Personally, of course, I’d always love to see even more investment in and promotion of Celtic events.

What can we be doing better?
I’m often surprised that there’s not more advertising of Celtic events for the general public. For example, many people outside of the Celtic culture circle have no idea that the BC Highland Games exist, or Vancouver’s weeklong CelticFest, or other similar public events; that’s true in most of the other places I’ve lived as well. A lot of the advertising I see is *within* the community, and while that’s definitely a start, I think there needs to be wider dissemination of information, especially if we want to be recruiting new people in to the community!

What’s next on your Highland dance agenda?
There’s a competition in April where we’ll be debuting an original 6-person “Broadswords” choreography, and of course April also brings several Tartan Day events! Shot of Scotch will also be teaming up with the RCMP Pipe Band again at the end of the month as part of their fundraiser concert. I’m also working on an exciting “viral video” project that will feature highland dancers from all across the US — keep an eye on social media near you!