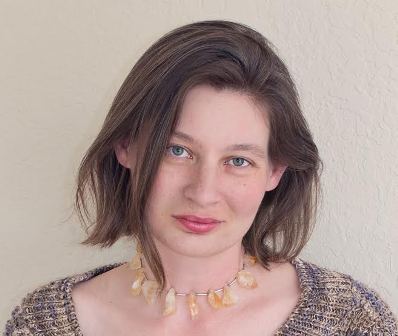 A few months ago I went out to dinner with some old friends and new acquaintances. We were a motley crowd – American, British, Irish, all in the Celtic business – and somehow we were half way through dinner before the Irish woman sitting across from me heard my last name: Nagle. She looked at me, bewildered, “I would never have believed that somebody who looks like you could have such an Irish name.”

“This is America. Things can get a little complicated in 100 years.”

We both laughed it off. But there was a truth there, in the question and in the answer, that we – as individuals, as a family, as “Irish” people, as Irish-Americans and as a Celtic collective whole – have never, until recently been particularly good at acknowledging:

Things do get complicated. And I see that messy, complicated 21st century Celtic reality reflected in my family tree and my family business.

Today there is nothing particularly startling about the hybrid nature of Celtic culture. Fusion, indy and alt bands headline the festivals. The knife-edge identity politics of the 1920s – hyphenation was a dirty word in America in the ‘20s and ‘30s –  are now barely remembered. And yet… on the business side of things there is often little acknowledgement of the hybrid nature of much modern Celtic culture, or the complex origins of so much ancient and traditional Celtic art.

Celtic art has gone mainstream in the past 20 years. Celtic jewelry in particular has become a staple of many non-Celtic businesses. (A man might only buy one kilt in his life, but chances are he’ll buy several kilt pins as well as belt buckles, plaid brooches and cuff links.)

I’ve been fortunate enough to see the Celtic market in general expand over the past decade and become more diverse. I’ve also been fortunate enough to see my own family’s business expand and become more diverse. Today we are making more than 200 stock designs that we were not making 10 years ago. We’ve expanded our plaid brooch line – we now have a colour catalogue with more than 120 different plaid brooch designs – we’ve also expanded our kilt pin line. We’ve recently started making belt buckles again. A few years ago we started working in bronze – a copper-tin alloy beloved by the pre-Roman and Roman era Celtic tribes –  as well as pewter, silver and gold. We’ve expanded our wholesale business and today about 30 small Celtic retailers in the U.S. and Canada carry Nagle Forge & Foundry pieces.

But sometimes I think the sheer diversity of the Celtic artistic tradition can be as bewildering as the idea that someone who looks like me could have such an Irish name. Celtic design has always been about more than claddaghs and thistles. But for a long time if a design didn’t have a shamrock, thistle or cross – something immediately identifiable as “Celtic” – it wasn’t salable. In recent years I think the pendulum has swung the other way and a lot of people are actively seeking out “different” Celtic

designs. Today I think we finally have the opportunity of fully embracing the broad range of Celtic art forms that have developed over the past 2,000 years.