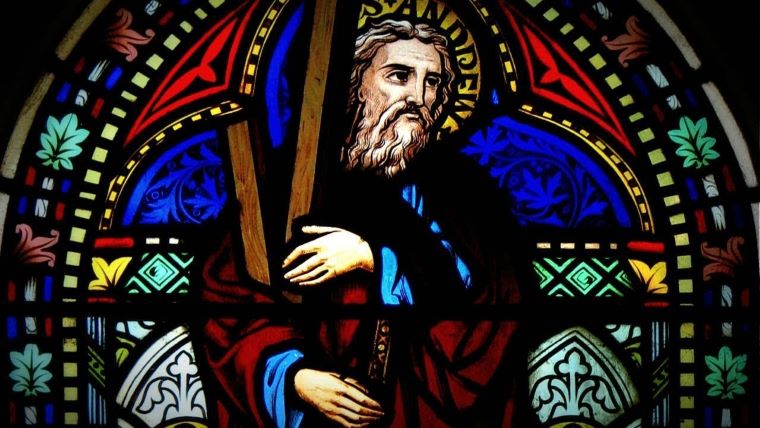 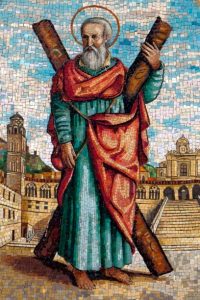 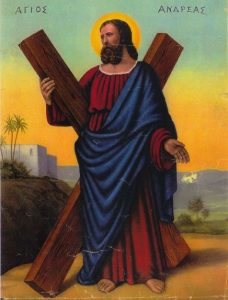 The first time the colour of the Saltire is mentioned is in the Acts of Parliament of King Robert II in July 1385 where every Scottish soldier was ordered to wear a white Saltire. If the uniform was white, then the Saltire was to be stitched onto a black background.
Both William Wallace and King Robert the Bruce appealed to Saint Andrew to guide them in times of national emergency. The Saltire was flown on Scottish ships and used as the logo of Scottish banks, on Scottish coins and seals and displayed at the funerals of Scottish kings and queens – that of King James VI for example and of his mother, Mary Queen of Scots. At the Union of the Crowns in 1603, London was treated to the spectacle of Saint Andrew and Saint George on horseback, shaking hands in friendship. When King George IV visited Edinburgh in 1822 he was presented with a Saltire Cross made of pearls on velvet, within a circle of gold.