St. Patrick’s Day on The Hill 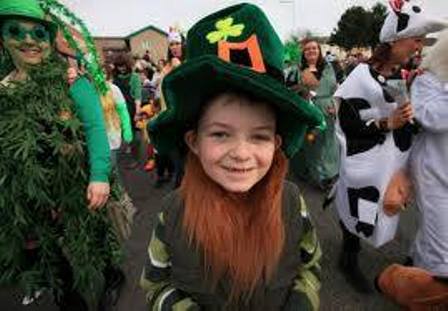 As if Fayetteville wasn’t green enough, the third largest city in Arkansas goes a shade deeper today with their annual St. Patrick’s Day on the Hill festivities. Event chairman Don Brown gives us the details.

What are your own roots?
My father’s side is my Irish side. My paternal grandfather’s family was from Galway. The original spelling of the name was Browne. The “e” was dropped after they immigrated to the U.S. around 1870. My paternal Grandmother was a Potter. From what we understand they migrated from Wales to County Tyrone in or around the 1700’s and then some migrated to Galway and then onto the U.S. around the turn of the 20th century. My mother is Aradian French, which makes for quite the mix. It should be noted that one of our committee is a young man from Armagh named Richy McCusker – he lives here now and works for Wal-Mart Corporate Headquarters. He is my right hand in many ways – very good lad indeed.

Why and when did you get involved with this event?
I had been involved in several Mardi Gras and it dawned on me that other than Savannah, GA there weren’t many St. Patrick’s Day celebrations in the South. Our parish in Fayetteville was originally founded as an Irish Catholic colony in the early 1800’s. We have several Irish style pubs and a wonderful entertainment district known as “Dickson St.” We’re a community of festivals and a St. Patrick’s Day / Irish Festival just seemed a natural. This is our 3rd year. The first year was just a parade and green beer. The second year was a parade, music, and green beer. This year we’ll have a parade and a Craftbeer Village with the 1st annual Arkansas Stout Brewing Championship. There will be Celtic Music and Irish dancers throughout the day.

What are the rewards of being involved?
St. Patrick’s Day just invokes the spirit of fun and everyone involved can’t help but get caught up in the light heartedness of the celebration. For the people who make it happen the reward comes from the smiles and gratitude from neighbors and visitors, especially when they say things like “I can’t wait for next year!”

Who attends and what can they expect this year?
Our celebration brings visitors from neighboring Oklahoma and Missouri. As the event grows our businesses benefit. But much more than that, it builds a real sense of community and civic character for us to rally around. There will also be a 5k run and a Rugby tournament at the University of Arkansas Saturday morning before the parade that starts at noon followed by the Craftbeer Village and activities at 2:00pm. Monday, St. Patrick’s Day, the 30 or so Bars and Pubs on Dickson St. will be all dressed up for their annual Pubcrawls.

Will you remain involved in the years ahead?
I intend to remain involved in St. Patrick’s Day on The Hill for as long as The Good Lord and my neighbors allow. Those involved believe the event has just begun to grow into a wonderful celebration.

How else are you involved with the Celtic community there?
We are blessed with fine Celtic musicians and performers in our community. There are many venues for Celtic entertainment every week. I try to catch as much as I can. I know that Little Rock, AR has started a St. Patrick’s Day but I believe theirs has remained a parade and Pubcrawl. It would seem to me that more networking and co-operative promotion could nurture more Celtic cultural events and promote the culture especially given the abilities with social media these days. Like most things in life making people aware is the hardest part, but it’s also the best part. If you’re ever in Cork please ask if anyone knows a dentist there named Liam Foley who used to play for the Old Christians Rugby Club in 1985. I was member of a touring club that year from Arkansas and he and I really hit it off after the match. It would be great to re-connect after almost 30 years.