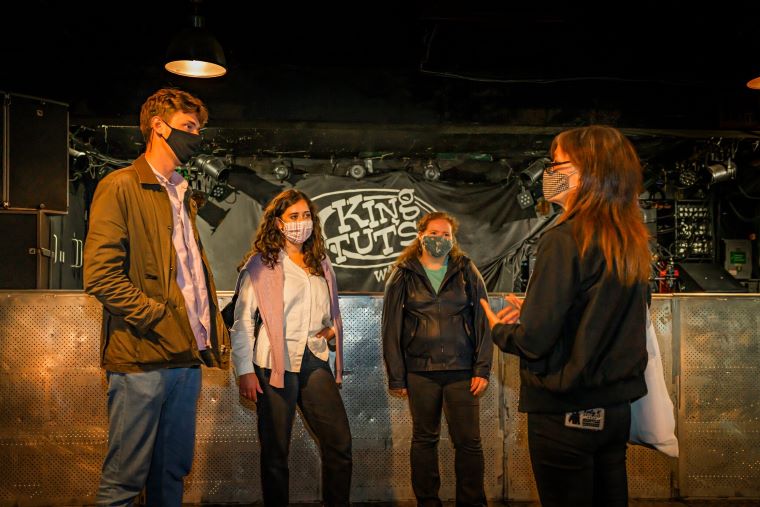 Every attraction has a story to tell. It’s easy to get lost in a book, and it’s just as easy to get lost in Scotland (not literally!). Whether you’re looking to be swept off your feet with a bit of child-like magic or travel back in time to the Iron Age, Scotland is full to the brim with lots of stories waiting to be shared with the whole family. Get ready to uncover a new chapter in 2022 with Scotland’s Year of Stories. To help you decide, we’ve pulled together some of our favourite storytelling attractions that are set to be real page-turners for your next trip.

MOAT BRAE – NATIONAL CENTRE FOR CHILDREN’S LITERATURE AND STORYTELLING, DUMFRIES
Discover the story behind one of children’s beloved storybook characters, Peter Pan. At Moat Brae, where it is believed that author JM Barrie spent his childhood years playing pirate games, you’ll no doubt feel like a big kid again. Visitors can enjoy a guided tour around the house and explore the magical room where characters Wendy, John and Michael dream of flying. Let your little one’s imaginations run wild in the Play Room, filled with fun props, scripts and costumes to help them recreate their own version of the story. Outside, kids will also be able to experience their own Neverland at the ‘Enchanted Land’ featuring a Wendy house, pirate ship and much more.

GLADSTONE’S LAND, EDINBURGH
Steeped in rich history, Edinburgh’s Old Town is no stranger when it comes to events unfolding. From social and political change to war, fire and disease, it’s had its fair share of high drama. Having undergone a recent refurbishment, Gladstone’s Land is ready to tell its story to visitors. Visit the 17th century high-tenement house and explore its new immersive visitor experience covering three centuries of Gladstone’s Land history. If you have enough time to spare, make sure to join a general or specialist tour which covers a broad range of topics, from food and drink to class and fashion. To finish, reward yourself with a delicious, sweet treat at Gladstone’s brand-new ice cream parlour. Enjoy a few scoops of delicious ice cream courtesy of Equi’s with lots of flavours to choose from. Other items on the menu include cakes and a selection of hot drinks, making it the perfect place to unwind after being on your feet all day. Spend time taking in its marvellous interior design features, inspired by the refreshment rooms and ice cream rooms that were prevalent on the Lawnmarket during the 19th and 20th centuries. 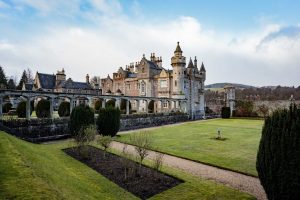 HIGHLAND FOLK MUSEUM, NEWTONMORE
A new year means a new story to delve into. Back with a sizzling return for summer 2022 is the Highland Folk Museum – Britain’s first open air museum. Originally situated on the Isle of Iona, the museum was founded in 1935 by Isabel F Grant who began collecting artefacts from the fast-disappearing way of Highland life. By 1939, her impressive collection had outgrown its small home and relocated to a disused church in Laggan and then Kingussie, before eventually moving to its permanent home in Newtonmore in the 1980’s. Follow in the footsteps of your Highland ancestors and discover the old Highland way of life. There are four main areas to explore – Aultarie Croft, a 1930’s working farm, Balameanach, the Pinewoods and Baile Gean, a fascinating reconstruction of the early 1700’s Highland Township. Enjoy a history lesson like no other as you discover how they built their homes and tilted the soil, to how they dressed.

THE SCOTTISH CRANNOG CENTRE, PERTHSHIRE
Have you ever wondered what life was like during Scotland’s Iron Age? Good news, you’re in luck! The friendly team at The Scottish Crannog Centre have a few surprises in store for a fun day out, but with a 21st century twist. Head to the museum which houses a fantastic collection of Iron Age artefacts with lots of hands-on demonstrations or take a wander along the Iron Age village where you will be entertained by traditional fireside performances, stories and indulge in hearty portions of delicious food. Feeling crafty? Put your creative skills to the test and weave your own basket or jazz up your outfit by making your own cloak and jewellery. If you can’t get enough of these tales from Scotland’s past, make sure to keep your eyes peeled with storytelling events running regularly throughout the year.

ABBOTSFORD, MELROSE, ROXBURGHSHIRE
Scotland has produced some of the best novelists, including Sir Walter Scott, and we heard that he celebrated a rather special birthday in 2021, 250 years old to be exact. If you missed out then don’t panic, the birthday celebrations are continuing into 2022 with lots of exciting events planned at his ancestral home. Step inside to where it all began and wander through the impressive rooms, including Scott’s study and his magnificent library, before taking the free exhibition tour to learn about more about his life and legacy. If you’re feeling a bit peckish after the tour, make sure to stop by Ochiltree’s Café, named after the character Edie Ochiltree in his novel The Antiquary. Indulge in delicious light bites from the seasonal menu whilst overlooking the beautiful Walled Gardens. The kids won’t be disappointed either with the attraction’s fun Play Trail – take on the mighty seven-metre tunnel slide, pyramid tower and much more.

GLASGOW CITY MUSIC TOURS
Music is the heart and soul of Glasgow and it’s no surprise that it was named the UK’s first UNESCO City of Music back in 2008. Since then, the city doesn’t miss a beat when it comes to welcoming thousands of artists each year from around the world, including Biffy Clyro, Manic Street Preachers and a wee band you might recognise called Oasis, ever heard of them?! Take a trip down memory lane with Glasgow City Music Tours and discover the story behind the city’s music scene on its 3 fantastic tours. Check out Glasgow’s famous music venues on The Music Mile Tour, book the Merchant City Tour and find out more about the Britannia Panopticon – Britain’s oldest surviving music hall, or add in a gastronomical experience to your day with the Scottish Trad Trail Tour, Dinner & Folk Music. 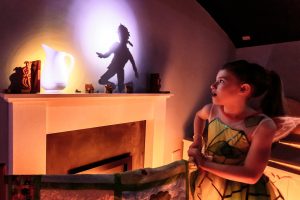 WIGTOWN, DUMFRIES & GALLOWAY
Can’t get enough of books? How about visiting a town dedicated to all things literary! Wigtown in Dumfries & Galloway is known as Scotland’s National Book Town and is home to the annual Wigtown Book Festival held in late September, bringing together events and activities for all ages, including music, theatre, food and visual arts. As part of Year of Stories, two new commissions will be running throughout the festival, Into the Nicht, an immersive Dark Skies tour, and Walter in Wonderland, a theatrical tour taking you through the history of Scotland’s literature. Whether you’re gearing up for the festival and looking for a new read, or a bookworm by heart, you’ll find a bookshop every corner you turn with Byre Books, The Bookshop and ReadingLasses Bookshop and Café all situated nearby. Introduce the joy of reading to your little ones by popping into Foggie Toddle Books, filling their bookshelves with children’s classics as well as cute, cuddly toys. Aside from books, the town has a gruesome tale to share from its past. Situated near Wigtown is Martyrs’ stake, marking the spot where two women covenanters were drowned in 1685. We don’t want to scare you though, Wigtown is also considered a bird watchers paradise where you can see regular appearances of ospreys during the summer months.

SCOTTISH STORYTELLING CENTRE, EDINBURGH
Are you sitting comfortably? Good, now let’s begin your next storytelling adventure. Once upon a time, this beautiful 15th century building was well-known for its most dramatic and turbulent historic event, The Scottish Reformation, which resulted in the outbreak of civil war, the abdication of Mary Queen of Scots and where Scottish minister John Knox leaned out of the building’s window to preach to people on the street. Thankfully times have changed but the attraction lives to tell the tale through its fantastic range of exhibitions and workshops suitable for all the family. Take a guided tour around John Knox House and discover the history behind Edinburgh’s Old Town or why not book a storyteller for the day? From folktales and legends of remote islands to modern day favourites, there is something for everyone for a few hours of escapism.