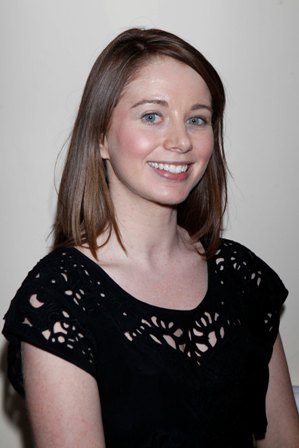 Dublin-born Tanya Warren is a publicity and marketing executive for Tourism Ireland in Canada. Recently she answered our Seven Celtic Questions.

What are your own Celtic roots?
I’m Irish but the Warren family name actually originated in France. In the late 1600s, William of Orange came to Ireland to fight James II for the throne of England. King Louis XVI sent troops to aid James, one of which was a Monsieur Warrenne. This conflict eventually ended in the Battle of the Boyne, one of the most famous events in Irish history. The tale of the gallant soldier Warrenne is a great anecdote, but I believe I’m more influenced by my family’s recent history. We’re Dubliners. “True Blue” as my grandfather would say. He was born in a tenement house in Dublin’s inner city on Good Friday, 1916 – the beginning of the Easter Rising, and both my parents were born and lived their childhood in inner city Dublin too. They were poor and working class.  It means a lot to see them so proud of how far we’ve come.

Why are those roots important to you?
When we find ourselves dispersed and far from family it’s valuable to remember where we’ve come from. It’s a string that ties your heart to home. Emigration stories pepper my family history and my grandfather worked in England for a number of years during World War II. In the early 70’s my parents moved to a small Australian outback town north of Perth where my Dad worked as a miner – it was here where my two older sisters and I were born. Deciding to move home to Ireland in the early 80’s, with the country finto a deep recession, was probably not the easiest decision for my parents to make – but they were certain they wanted to raise their family in Ireland and their children connected to our Irish roots. I was about six months old when I first touched Irish soil.

What does it mean to you today to be of Celtic heritage?
My father often talks about his first day in Australia, walking into the Irish Club in Perth. He recalls how he was immediately welcomed and made connections that helped him settle into life Down Under. My uncles, aunts, cousins and even my younger brother are now in Australia having followed in his footsteps. Bucking this trend, I’m the first of our clan in Canada and I’ve been living in Toronto for just over two years. As a recent emigrant, with no immediate family connections here, a sense of heritage gives you a common link to local people and a community. When you say you’re Irish it strikes a chord. With over 5 million Canadians claiming Irish ancestry, and I’ve met quite a few on my travels for Tourism Ireland, it’s nice to have that shared bond. And it never fails to start a fun conversation!

Why is it important to keep Celtic culture alive?
Personally I love history and cultural diversity. All cultures are important and it’s essential we work to sustain cultural activities and ensure future generations will benefit from these as much as we have done. Celtic culture – from art, music, sport, food and language – is beautiful and certainly worth our every effort to preserve. Speaking and learning the Irish language, learning GAA sports and Irish musical instruments is becoming increasingly popular in Ireland. Visitors from abroad love the authenticity found in the Gaeltacht areas along the Wild Atlantic Way and learning a “cupla focal” or how to play a bodhrán is a thoroughly enjoyable way to spend an afternoon.

Is enough being done to preserve and promote Celtic culture generally?
Generally I think Irish culture is quite strong in terms of longevity, but we must not be complacent. Irish music is one aspect that endures particularly well and it’s enjoyed by people all over the world. There are some outstanding Trad musicians playing in Ireland today – you’ll find these performing in a range of venues, from large auditoriums to small country pubs. The Trad music festivals in Ireland are terrific, take Fleadh Cheoil in the summer or the Temple Bar TradFest in late January for example – these events showcase the talents of new and traditional artists, helping to keep the music alive.

What can we be doing better?
Resources will always be a challenge. There are so many people across North America who give time to Celtic culture, volunteering in local communities and organizations. Their passion and commitment is immeasurable and their love for Celtic culture is what keeps the momentum going. The Irish government has recently announced a Diaspora policy in order to connect with Irish emigrants around the world – cultural projects celebrating Irish sport, music, dance, language and literature will continue to be supported through the Emigrant Support Program which is very positive news.