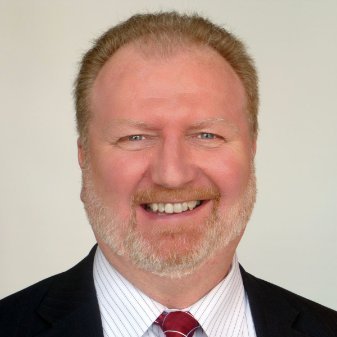 Victoria, British Columbia is the place to be this weekend, as The Sons of Scotland Benevolent Association presents Tartan Up! – 4 days of Celtic fun and festivities! Recently we spoke with Brian McQueenie, Director for the Executive Board for the Sons of Scotland and festival Chairperson, about what attendees can expect over the coming days.

What are your own roots?
I was born in Edinburgh, Scotland and came to Canada with my family at the age of 8 years old.

When and why did you get involved with the Festival?
Actually, the Festival was my idea. Two years ago, when the Executive Board of the Sons of Scotland began planning their triennial convention, called Grand Camp, for Victoria, we realized that our group was getting smaller and that it was strictly an internal affair.  I suggested that we open it up to the public by organizing Scottish themed events thus increasing our exposure.

Why is it an important event for the community?
I believe any ethnic community should continue to celebrate their culture and heritage with their community at large. By adding a charitable portion to our events, we have the chance to celebrate who we are while giving back and helping our communities.

Who will attend the Festival?
As this is our first Tartan Up Festival, we are expecting people of Scottish heritage and people with a an affinity to Scotland… after all, doesn’t everyone want to be Scottish?!

What can they expect this year?
We kick off Tartan Up 2015 with a single malt Scotch whisky tasting (proceeds go to the Sons of Scotland Foundation). Our second event is a Charity “kilted” golf tournament for the Kidney Foundation of Canada, BC Chapter. Our main event is a Celtic Musical concert on Friday night featuring two local Celtic musical groups; Cookeilidh, and Celtic Reflections, the Greater Victoria Police Pipe Band and the Victoria High School Rhythm & Blues Band. The proceeds of this event will go the R&B band for their music program. We finish with a Gala Tartan Ball on Saturday night, with dinner and dancing. We also have international and prolific author Jack Whyte attending all our events. He is the author of the Templar Trilogies and a King Arthur series.

Will you remain involved with the event in the years ahead?
I plan to; even if I no longer hold a position on the Executive Board, I hope to stay on as the Festival Chairperson for as long as they will have me.

How else are you involved with the Celtic community there?
The Sons of Scotland has branches (called “Camps”) all across Canada. Our Camp in Victoria is actively involved events such as the Highland Games and provides historical lectures on the Scots’ participation in developing BC as we know it today and participate in organized fundraisers.

Is enough being done to preserve and promote Celtic culture generally?
Actually, in Canada we do an excellent job of preserving and promoting Celtic culture.  Four major universities have Scottish or Irish chairs and students can major in Celtic studies. We have one of the best language schools in the world with the Gaelic College in the Maritimes. Highland Games and Celtic Festivals are held all across Canada; no other culture does so much!

What can we be doing better?
There is an old saying among Scots: “Put five Scotsmen in a room and the will come out with four Societies”.  We have always been a fractured bunch and sometimes it is tough to get everyone on the same page. Our clubs, associations and societies need to communicate better amongst themselves and coordinate efforts and activities. In fact, this is what we try to do at the Sons of Scotland; our mission is to be “Canada’s Scottish family”.