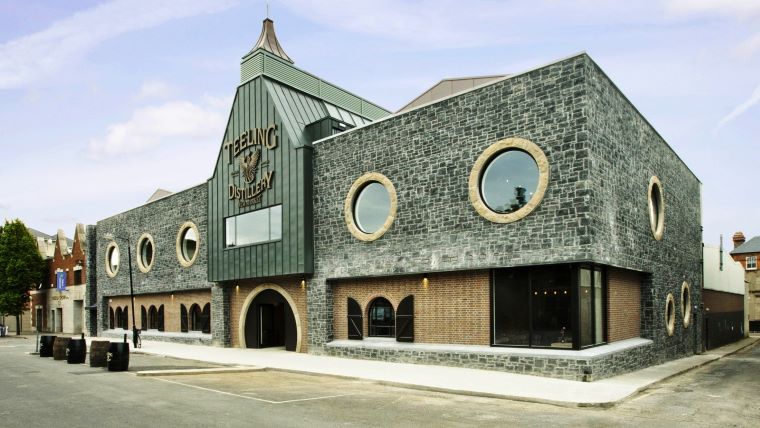 John Teeling might be the most influential figure in the modern Irish whiskey industry.

In 1985, Teeling bought a potato ethanol plant from the Irish government, soon converting it into what is now the Cooley Distillery. When it first opened in 1987, it became just the second operational whiskey distillery in the Irish Republic. Including Bushmills in Northern Ireland, it was one of only three working distilleries on the Emerald Isle. The Irish whiskey industry had hit rock bottom a few decades earlier, having suffered a precipitous fall from its perch as the most respected producer in the world at the end of the 19th century. John Teeling saw an opportunity and he took it. In turn, he sowed the seeds of the explosion in Irish distilling happening today.

The Teeling family’s connection with whiskey making can be traced back to the 1780s; Walter Teeling established a distillery in the Liberties area of Dublin in 1782 on Marrowbone Lane. Dublin was an epicenter for distilling in the 19th century, with no fewer than 37 operating facilities. The Liberties was known as the Golden Triangle. The Teeling Distillery was sold to William Jameson & Co., a distant relation to John Jameson, who had their own distillery, also on Marrowbone lane. The Marrowbone Lane Distillery was one of Dublin’s “big 4” – it covered 16 acres and had more than 200 employees. 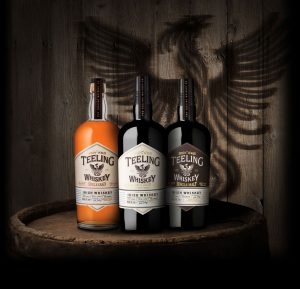 The turn of the 20th century was not kind to the Irish whiskey industry. The Irish were stubbornly traditional, and did not adopt the new technologies and techniques that their Scottish neighbours did. The Irish industry was already in rapid decline when both the American War of Independence and its Civil War brought it to its knees. Prohibition in the United States was the straw that finally broke its back.

John Teeling’s Cooley Distillery was a breath fresh air at a time when almost every single Irish whiskey brand was coming from just the one distillery. Cooley opened with both column and pot stills. Notable for its single malts, Teeling opted to “double-only” distil his spirits like the Scots, instead of using the more time-honoured tradition of “triple-distillation” historically favoured by the Irish whiskey industry. Teeling believed the triple distillation removed too much of the flavour. The Cooley distillery and its brand made quite a name for themselves, and in 2011 the business was purchased by American whiskey giant Beam Inc. which, in turn, was purchased by Suntory of Japan in 2014, becoming the world’s third largest whiskey company.

John Teeling & his Sons left Cooley with not just the €71 million Beam paid to acquire the distillery, but also a significant proportion of the maturing whiskey stocks. Jack Teeling, John’s son, used the 16,000 casks acquired from the sale to start Teeling Whiskey in 2012, bottling whiskey under the family name for the first time in over a century. Jack was joined a couple years later by his brother Stephen. Together, the current generation of Teelings has gone on to found the Teeling Distillery in Dublin in 2015. Located in Market Square, not far from the original distillery on Marrowbone Lane, the new facility is first to be built in the country’s capital city in 125 years. As with Scotch and Canadian whisky, the spirit must mature at least 3 years in oak before it can be called Irish Whiskey, and Teeling’s first official batch came of age late last year.

The new distillery is walking distance from central Dublin, and has a wonderful visitor center. It will still be a few years until the whiskey distilled in the heart of Dublin is of sufficient age and quantity to be regularly bottled and exported, though you may find some on the premises. In the meantime, the Teeling family’s legacy stock will continue to grow the brand’s reputation around the world.

Teeling Single Malt ($72) – married from a combination of 5 different cask types – is round, full bodied and complex.

If you are really lucky you might stumble across the odd bottling of “mystery Irish single malt” from independents like Cadenheads or Sansibar, the Whisky Agency and Maltbarn. These whiskies are almost all Teeling stock distilled at Cooley, and bottled under different labels.