The 10 Most Read Irish Authors 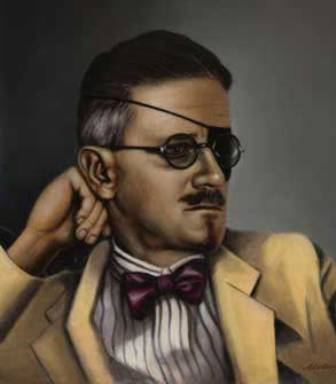 James Joyce: An Irish novelist and poet, Joyce was one of the most influential writers in the modernist avant-garde of the early 20th century. He is best known for his work Ulysses, in which the events of Homer’sOdyssey are paralleled in a variety of literary styles.

Oscar Wilde: Wilde may be remembered for his career as a playwright, but the writer’s only novel The Picture of Dorian Gray has become a classic reference in the mainstream media.

George Bernard Shaw: A playwright, Shaw wrote more than 60 plays throughout his life. He examined social problems such as education, marriage, religion, government, health care and class privilege through his work, incorporating comedy into the stark themes.

C.S. Lewis: A novelist, poet, academic medievalist, literary critic and essayist, to name a few, Lewis is known for both his fictional and non-fictional pieces. His works have been translated into more than 30 languages and have sold millions of copies.

Samuel Beckett: Widely regarded as one of the most influential writers of the 20th century, Beckett’s works often offered a bleak tragicomic outlook on human nature, usually coupled with dark comedy and gallows humor.

Jonathan Swift: Although portions of his work were published under aliases or anonymously, Swift is considered the foremost prose satirist in the English language. In fact, he is known for being a master of two styles of satire; the Horatian and Juvenalian styles.

Edmund Burke: An Irish statesman, author, orator, political theorist and philosopher, Burke has generally been viewed as the founder of modern conservatism as well as a representative of classic liberalism.

Brian Friel: Hailed by the English-speak world as “the universally accented voice of Ireland,” Friel’s career as a dramatist has generated classic plays such as “Philadelphia, Here I Come!” and “Dancing at Lughnasa.”

Sean O’Casey: One of the first Irish playwrights to write about the Dublin working class, O’Casey was involved in groups such as the Gaelic League and the Irish Republican Brotherhood to represent the interests of unskilled laborers.

Oliver Goldsmith: An Anglo-Irish writer and poet, Goldsmith is well-known for his novel The Vicar of Wakefield as well as numerous poems. He is also thought to be the source of the phrase “goody-two-shoes.”