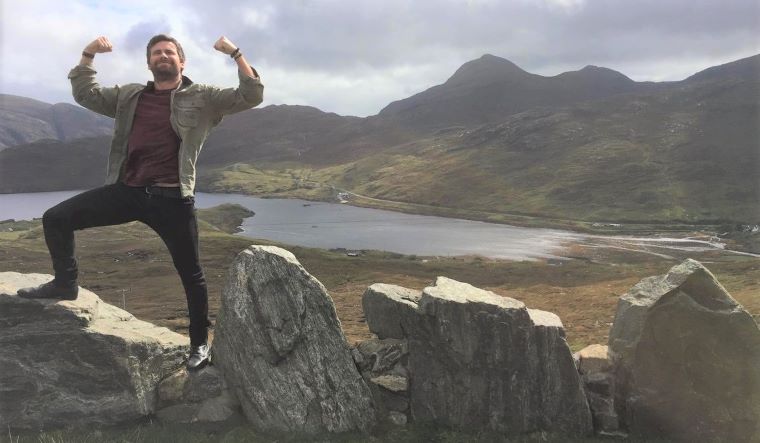 In the midst of lockdown, Scottish actor Mark Rowley launched The Actors Community: an online space where both aspiring and amateur actors can take classes and workshops with people in the industry. Recently, Rowley and his acting partner, Molly Dobbs, chatted with Celtic Life International about the project and their shared passion for acting, theatre, and film.

Where did you grow up, and where are you living now?

Mark Rowley: I grew up in Scotland, a place just outside Glasgow called Paisley. I am kind of based in London, but I think that is the thing with acting isn’t it? You go all over – you travel all over. I am in another place just now, filming. I would love to talk about it, but it is one of those things where I had to sign a waiver. I think the main places for us – and I am sure Molly will agree as well – for our kind of work it is either London, New York, or Los Angeles. Which is good.

Molly Dodd: I am from central coast California: San Luis Obispo – halfway between Los Angeles and San Francisco. I grew up there and moved to Glasgow when I was 18, and that is how I met Mark. We went to school together at The Royal Conservatoire of Scotland. And then I moved back to the U.S. and was kind of doing the traveller life, going around to different states and getting work where I could. It was November 2019 – I married my husband, who is English, and I moved over. It was like, a seven-year plan of, ok – how are we going to get Molly back in the country? So, I got married and moved over. And now I live in London. I love it. I never want to leave.

What inspired you to get started in acting?

MD: My dad was an actor. He always wanted to be. He was an actor and then stage manager. He was one of those who really wanted to do the thing but didn’t have the talent for it. He was wicked smart. He is the smartest person that I have ever met. And he had like, 10 degrees. My family was always super, super artistic. So, it was kind of just like – not required – but it was like, “Well, you are going to be dance classes, you are going to be in singing lessons.” And I just really loved that and never wanted to do anything else.

MR: I think, for myself, I wasn’t really good at that many things in school. I ended up going to a youth theatre and that was the first time someone said, hey, you are good at something. And it felt amazing. It was such a warm and embracing feeling. Like, “Whoa, someone said I am good at something and has belief in me.” So, I think that was of just such a profound moment in my life, such a young guy as well. And then ended up going to see a play called Death of a Salesman and I loved it. I was so moved. I completely forgot where I was. And these people on stage – I cared about them more than anything. Kind of like the world just disappeared, and I was just a spectator, just looking at these people’s lives. And I was like, “Oh, that’s really cool. I want to do that.” 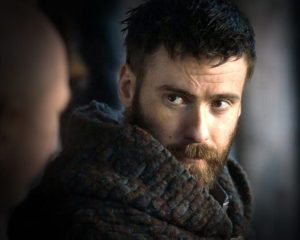 Mark, in the Netflix series The Last Kingdom, you played an Irishman although you are Scottish. I know that is not abnormal, because we have seen Gerard Butler and Ewan McGregor play Irish – it happens all the time. But is that a weird feeling?

MR: Yeah, a little bit. But I think it is really fun. And I have some Irish friends and stuff as well, so I wanted to do a good job – make sure that it sounds tip top, you know, really good shape. And it is quite nice when people go, “Oh, I thought you were Irish.”

A career in the arts is going to be challenging anyway, but it is probably increasingly difficult now with COVID. And like you said, travel is such a big part of what you have to do. What drives you or inspires you to keep going?

MD: The first thing that comes to mind is, I think, just watching stuff, I feel like whenever I watch stuff, I am just like, “God, I want to do that!” We watched Ma Rainey’s Black Bottom the other day, and it reminded me that I miss live theatre so much. And I miss going to shows and I miss being in a show and being in rehearsal, and it just made me realize that after a year of having it be a bit more low-key, I just still miss it and love it. There is nothing in my life that brings me that happiness than being in a rehearsal room, taking notes and dissecting characters and doing weird animal impressions of who you think your character would be as an animal and all that stuff. It is like that toxic relationship you keep going back to; “No! I still need it!”

MR: I think that self-improvement is always a thing – “Can I get better? Can I defeat my own demons inside my head?” And then when you do, it feels great. But it is also, I think we are surrounded by positive people – and, especially now, it is so crucial that you have people lifting you up instead of bringing you down. But in terms of inspiration to keep going, I suppose it is just that – keeping the momentum of “actually, I can get better.” You are never going to be absolutely flawless and perfect, and there is actually something really beautiful and liberating about that. One of the things about acting is self discovery. You can live so many lives as long as you have the courage and belief to go there, then you really can, which is something really beautiful that a lot of people don’t get to do. As well as that, I was reading a play recently with my friends. And obviously, with so much stress going on in the world, it was so liberating to get a little bit sassy, shooting some lines out. There is some sort of therapy involved in what we do.

MD: It is super cathartic. Super cathartic, especially now. It is like the emotional equivalent of going to a kickboxing class. 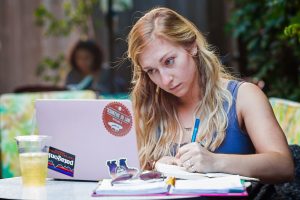 Can you tell us about The Actor’s Community and how you got involved?

MR: I have always wanted to have some sort of an outlet place where actors can go and be creative. I really do feel as though – and they are really good at this in America – that I am constantly learning, going to class, growing all the time, always working a room, you know, and having a support network. And in the U.K., we don’t really have that. Always in the back of my head I was like, I want to do something – I want to create something where it is fun. Where people can come together and learn. Not from teachers, but other actors, who are making money and paying their bills, and actually doing life with acting. And then lockdown happened, and I went, “Well…perfect timing.” I am definitely one of these guys where after like two weeks, if I don’t do something, I just start to go mad. So, I was like, right, this is this is it. This is my project. And then I got in touch with Molly, and everyone else. We just started to build a team of people that want to help develop a creative community to help people. And that is what we are doing, really. So far, it is going really well, and people are loving it. Eventually we are hoping to open something up in London for teenagers and kids.

MD: It is so strange as well, because not all of us (instructors) have met in person. As soon as we are allowed to see each other again, we are all going to meet and have a barbecue in the summer.

What is rewarding about that kind of work – actually being able to teach and share what you have learned with other people?

MD: I have a friend who actually has another RCS (Royal Conservatoire of Scotland) friend, who is a music director, and we talk about this a lot. How all the energy that you expend being an actor doing your own craft – you have to get that back somewhere; you have to regain that inspiration. And for a lot of people, it is through watching things or the applause or going to class themselves. But I find – and I am sure that Mark will say the same – the best way to regain inspiration is by teaching. You expel all of your energy doing your own craft and then you get it back by facilitating others doing that.

MR: I would say, off the back of that, you just see people break down barriers and then just build up the courage and get more confident with time. You are like, “yes, that’s what I am talking about!” I always love that bit, though, because then you go, “Right, ok, you have set a bar? Now you can’t go below that. You have levelled up. You can’t level down.”