The Appeal of Ardbeg 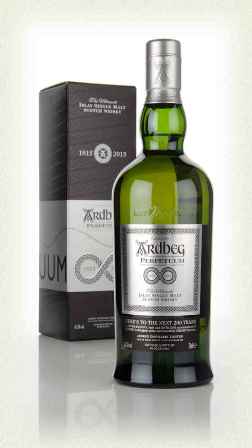 Scotland’s west coast Hebridean Island of Islay is a place where Scottish-Celtic traditions, language and culture remain strong. The island has a long and rich history, but today is best-known for its eight active distilleries – nine, if you count the distillery on the nearby island of Jura. Interest in, and demand for, the area’s whiskies is so strong that two more distilleries are planned.

Every spring the island celebrates Feis Isle, or the Islay Festival, a ten-day long celebration of island life, music and, of course, whisky. Feis Isle attracts whisky pilgrims from all over the world, and this year’s draw was the strongest yet. Two of the island’s distilleries, Ardbeg and Laphroaigh, both marked their 200th anniversaries. I had the great pleasure of attending Feis Isle this year, and it was a once-in-a-lifetime experience. Each distillery had its own festival day, and their efforts did not disappoint attendees. As good as each of these individual festival days was, however, it was the Ardbeg night-before party that left the strongest impression upon me.

The distillery invited its most ardent admirers from around the world to bring along their favourite bottle of Ardbeg. For the whiskies, it was a literal homecoming. The Ardbegians obliged, bringing with them some of the most sought after bottles of Ardbeg on the planet to share. I had the pleasure of sampling several; Lord of the Isles, the original Kildalton, rare independent bottling, and multiple different vintages from the 1970s, including a handful from the distillery’s most celebrated vintage 1974.

The Ardbeg Distillery is located on Islay’s southern coast, and is the eastern-most of the three distilleries which produce the smokiest and peatiest whiskies in Scotland. In Scots-Gaelic the name Ardbeg translates to “small headland.” Whisky production has happened here since as far back as 1798, with commercial production beginning in 1815. By the 1860s, it was a very large operation with more than sixty employees and its own town.

Today, the distillery’s whisky is beloved for its big, earthy, peaty and maritime elements. Ardbeg’s malt is peated to 55 parts-per-million (phenols), making it one of the smokiest whiskies in Scotland. Though it is highly phenolic, the distillery’s stills lighten what would otherwise be a very heavy spirit, softening it by adding fruity characteristics. Years of maturing in the oak add further layers to the spirit, imparting flavours and, over time, rounding its sharp edges. When young, like the 10 Year, Ardbeg is big, heavy and medicinal. Over time the spirit becomes more delicate, fruity and tropical. Older expressions – like the 17 Years, the Airigh Nam Beist, and some of the legendary 1970s vintages – have almost magical flavour profiles.

Finding older Ardbeg isn’t easy. The distillery was closed from 1981 to 1989, and production continued on only a limited level until 1997. Over the last 15 years, it has had to bottle both young and old whisky to meet demand and keep the brand alive. As a result, there isn’t much older stock available. That is why the homecoming tasting at Ardbeg was so special. Within a generation, there will be older expressions of Ardbeg available again. But will they be as special? The faithful believe they will. For now, here are four currently available expressions with which to toast 200 years!

Ardbeg 10 Year; The distillery’s flagship expression has won accolades the world over, it is also becoming popular in cocktails like the Ardbeg Ceaser. $78

Ardbeg Corryvreckan; Named for the famous nearby whirlpool is big, bold and spicy having been partly matured in French oak. This is Ardbeg almost untamed. $115

Ardbeg Uigeadail; Named for the loch of the same name which is the distillery’s water source the Uigeadail has a heavy sherry influence adding raisins, chocolate and dark fruits. $108

Ardbeg Perpetuum; The distillery’s 2015 special release is a tribute to its past, testament to the present and a toast to its future. Lighter, creamier and more delicate than the other expressions. $130