THE BEST PLACES TO DRINK GUINNESS IN DUBLIN 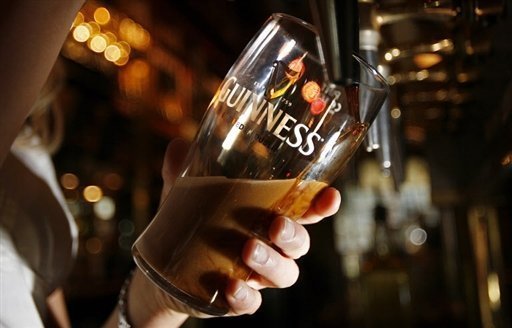 Celebrate any day of the year with a pint of the black stuff. And where better to find it than in Ireland’s capital, where it has been brewed since 1759, and there’s no shortage of lovely old pubs serving it?

Gravity Bar
If you pay for a tour of the Guinness Storehouse, you get a complimentary pint in the Gravity Bar, which has panoramic city views. The tour is self-guided, so you can guide yourself straight to the bar if you like.

Grogan’s
You can’t go wrong with a pint in Grogan’s; it’s a great place to sit outside (weather permitting) with your creamy Guinness and watch the faces of Dublin passing by on Castle Market.

Kehoe’s
There are many nooks and crannies in which to savour your pint in this buzzing pub, just off the main shopping drag of Grafton Street. It gets packed at the weekends, but the attitude is ‘there’s always room for one more’ – whether that’s punters or pints.

The Long Hall
Phil Lynott of Thin Lizzy shot a music video in this atmospheric pub on George’s Street, back in the good old 1980s, and it feels as if the interior hasn’t changed for many decades before that.

Mulligan’s
This 280-year-old pub’s past patrons include Nat King Cole, Judy Garland and Gracie Fields, who would pop in and down a pint of performance-enhancing booze during their three-minute call at the Theatre Royal, which was over the road.

The Palace Bar
A second home to Tipperary’s hurling team and Ireland’s Fourth Estate for decades; much of the Irish Times got written in the stained-glass snug at The Palace Bar over long liquid lunches. No singing allowed, except by Welshmen on match day.

The Stag’s Head
A beautifully preserved Victorian tavern, if you can find it, down a narrow passageway off Dame Street. Beloved by Dubliners, the Stag’s Head has featured in Guinness ads and serves an excellent pint of the stuff. Did regular James Joyce join in with the rousing singsongs this place is known for, or was he more of a balladeer?

Toner’s
Irish poet Patrick Kavanagh (who later became a judge of the Guinness Poetry Awards) drank at Toner’s, one of Dublin’s oldest pubs; and WB Yeats chose it for his one and only visit to a pub. He had a sherry.

The Blue Light
Renowned for its lively music sessions and the best Guinness in all Dublin, The Blue Light is a small pub in the foothills of the Dublin Mountains, overlooking the city.

John Kavanagh
Everyone knows it as ‘The Gravediggers’, due to its location next to the gates of Glasnevin Cemetery in an outer district of the city, and the men who quenched their thirst there after digging plots for the dead.