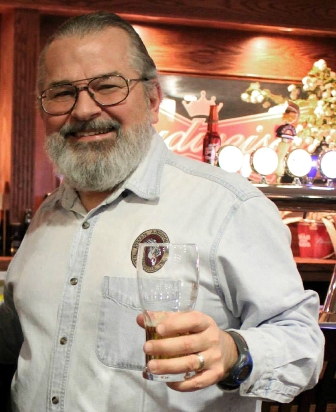 When Ian Davies joined the Canadian Celtic Choir in 1997, he was told it was a good way to meet people. How prophetic that turned out to be; Davies started dating one of the women in the choir and in 2004, the couple married. The bonus? Davies learned he loved to sing as well. Previously, he’d only been doing a bit of singing with a folk club he was involved with, but with the choir he found he wasn’t a bad singer at all. “I discovered that I really loved the people and the challenges of learning the music and performing at a high level,” Davies said.

The choir performs at a high level indeed. In 2007, it was the first to be selected outside Ottawa to sing at the National Ceremony of Remembrance, performing at the 90th anniversary of Vimy Ridge. The London, Ontario, choral group has opened shows for the likes of the Irish Descendants, John McDermott, Lighthouse and John Tesh. The group is a staple of the summer festival circuit, showing up at the Goderich Celtic Roots Festival, the Owen Sound Celtic Festival and the Windsor Celtic Festival among many others.

As if that’s not enough, the choir also has released three CDs and has two more in the works. And the 50-odd singers have taken their act international. They’ve previously played in Hawaii and this year they’re slated to perform in England and Scotland, which will include a concert at St. Giles Cathedral in Edinburgh.

The choir comes by its name and Celtic roots honestly enough. It was formed in 1996 with the mandate to sing and promote Celtic choral music and culture in southwestern Ontario. Davies says that when he joined the group his interest in Celtic music was already strong. “However, being involved in the choir has exposed me to different music than I might have experienced otherwise,” he says. “I would say my involvement has enhanced and grown my interest in Celtic music and its many possibilities.”

Born in Toronto and raised in Hamilton, Davies is a Celt through and through. On his mother’s side, the family is a mix of Irish and English while on his father’s side, Welsh, Scottish and English. Davies first became aware of Celtic music in his teens through listening to folk-rock bands, but he didn’t become involved in the music scene himself until he was in his third year of university at Western in London, Ontario. At that time he began going to the Cuckoo’s Nest Folk Club where he later became artistic director, a position he still holds. Davies said they present 10 to 12 concerts a year.

As if he wasn’t busy enough, Davies also programs Sunfest, a world-music festival and concert series in London and he is a member of the World Trad Forum, launched in 2013 at the Trad Music Conference in Montreal. Working in contemporary Celtic music, it’s natural Davies should see its growth over several decades through to newer artists who are infusing it with rock, such as Ashley MacIsaac, Great Big Sea and Celtic Thunder. Helping things along are such diverse events as Celtic Colours in Cape Breton, Celtic Connections and Showcase Scotland.

“Celtic and folk music have always been the music of the people,” Davies declares. “It is a grassroots experience. Our collective enthusiasm for the music will continue to expose and eventually involve people in the music. Everyone needs to be a promoter of the power and benefit of experiencing great music. Talk about it, write about it, play it, listen and learn. Don’t keep it to yourself. We are all ambassadors. Share your enthusiasm!”