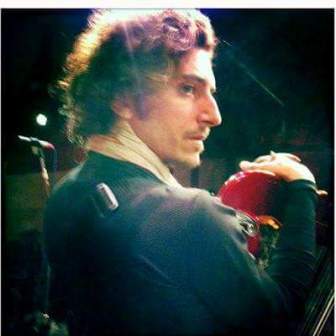 Of the more than 800 concerts that Fabius Constable has performed in recent years, one of the most memorable was playing in shelters in Japan during the tsunami-nuclear crisis of 2011.

“Receiving a medal from the Italian President and playing for the Japanese prime minister could be considered career highlights as well,” he adds. “Playing with Carlos Nunez was a wonderful moment, as was performing with Andrea Bocelli.”

Constable hails from Lombardy – originally a crucial Celtic core called Gallia Cisalpina – which might explain his passion for Celtic music, especially the harp. In 2002, he formed the Celtic Harp Orchestra. It took hundreds of calls and emails, but he managed to bring 44 harpers together for a concert on Mont Blanc, France, during the region’s annual Celtica Festival, performing in front of 4,000 people.

“I really wanted an experience like this to be part of my life,” he shares. “My family history is full of artists, musicians, writers, painters, and so I looked to the past for inspiration. I believed that it was the right place and the right time to revive the Celtic Harp in Italy.”

As if on cue, the orchestra went on to international success, performing in Ireland, France, Spain and Germany, playing at castles, cathedrals, and even archaeological sites. Despite the extensive touring, the musicians still found time to produce four albums.

Their debut recording, Got the Magic, was released in 2003.

Got the Magic – a “live concert without an audience” – was recorded at Rocca Brivio Sforza – a villa dating back to the 17th century near the city of Milan. Sounds of nature can be heard in the background, and none were cut or edited in post-production. In the years that followed, the group released The Myst (2005), which has been sold and played worldwide; Tale of the Fourth (2008); and Three Letters to the Moon (2010), on which Constable composed some of the pieces by himself.

“Celtic music has a past because of its soul, and a future because of the many ways it can evolve. Tradition, fusion, innovation and preservation of the musical heritage are the four dancers of this beautiful ballet.”

Though several of the group’s members were not born into Celtic culture – some are from Switzerland, Spain, China, Germany and Japan – they have an appreciation for the music all the same, and a unique variety of instruments at their fingertips, including 17 Celtic harps. The orchestra also features fiddles, cello, flutes, a solo soprano singer, a choir, drums, guitars, bass, and even a koto – a traditional Japanese stringed instrument.

Despite the success, finding and maintaining a place in today’s musical landscape is not without its challenges.

“The type of music of music that we are performing is not exactly what you might call mainstream,” admits Constable. “The audience is very select.”

Still, he continues, the rewards are many. “The gift of the present, the smiles on the face of my musicians, the laughter and the tears on the faces of the audience, and – most of all – simply allowing the music to flow.”

Constable and his Celtic Harp Orchestra will continue to let the music flow this year and into 2016, with concerts already planned for a beautiful medieval castle in middle Italy, in the crypts of an ancient cathedral, at Roman ruins in southern Italy, and in Japan.

And, if you happen to play the Celtic Harp, the group just might have a spot or two available on the bandstand.

“Every now and then we hold auditions,” he smiles. “We always welcome those wandering harpers who want to challenge themselves, and who are as passionate about Celtic music as we are.”