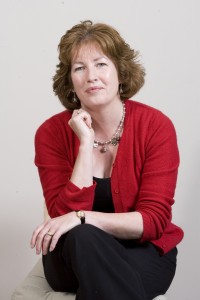 Gillian Crawford and her sister Lyndsey Bowditch were enjoying a breezy vacation in the Scottish Highlands when they realized there was a gap in the market for a design-led Scottish gift company which also manufactured at home.

Having both worked in the tourism and heritage sector, the sisters knew this was a niche they could fill and they dreamed up their first Tartan Twist jewellery collection that very night over a bottle of single malt.

“As sisters growing up in Scotland, we were always inspired by our rich heritage and the dramatic Scottish landscape,” says Gillian. “That particular autumn, with the leaves changing colour and the heather still in bloom, we kicked off our boots, poured a glass of single malt whisky and settled down in front of a blazing log fire, sketchbook in hand.”

The aim was to combine the best of contemporary Scottish design with the rich inventory of traditional tartans to create high-quality gifts.

“We wanted to create a range of luxurious, affordable and authentic Scottish gifts. We love tartan and, taking tartan as our starting point, we designed the initial ranges, which comprise jewellery collections for adults and children, featuring sterling silver, freshwater pearls and clan tartan ribbons,” Gillian told Celtic Life.

Demand from high-profile stockists, such as The National Trust for Scotland and Gleneagles Hotel, soon convinced the sisters, now business partners, of the viability of their fledgling business. They worked with Scottish Enterprise and Scottish Development International, government agencies which identified them as a company with high-growth potential.

In 2010, Tartan Twist was nominated as Jewellery and Accessories Designer of the Year at the Scottish Fashion Awards, in association with VOGUE.com.

Now, Gillian and Lyndsey are working with Scottish Development International on an export program. They intend to move into other products and have recently launched their designer jewellery sister brand, Lily Blanche. The North American market is within their sights and they have a potentially exciting joint venture in Japan later this year.

“Tartans, plaids and Celtic designs now have high-fashion value as well as retaining their traditional heritage associations,” Gillian says. “A new collection of young designers – such as Louise Gray, Jonathan Saunders and Christopher Kane – are drawing on their Scottish roots and the Paris, Milan and New York catwalks had a strong sprinkling of tartans and plaids this spring.”

She said young Scots are more in touch with their heritage than ever.

“There’s been a real resurgence of the kilt in Scotland among young people who tend to dress it down with boots and a woollen sweater.”

All of which augurs well for two sisters who love Scotland and single malt.