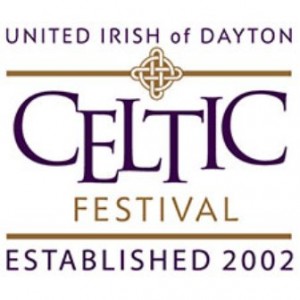 This weekend’s United Irish of Dayton Celtic Festival is going to get loud, as the spotlight shines on a number of local, regional, national and international bands.

Since their big-screen debut in the blockbuster film Titanic over 10 years ago, Gaelic Storm’s fan base continues to multiply with each new album, turning the one-time-pub-band into one of the premier touring acts in the Celtic/World music genre.  Gaelic Storm’s compelling originals and fresh arrangements steeped in Celtic traditional melody combined with their unique blend of world rhythms continue to broaden the musical horizons of the Celtic music genre creating new standards for generations to come.  Highlights from their decade-spanning career include seven Billboard Chart topping albums, a DVD, a full-length concert film featured on HD.net in 2007-2008, song placement on two EA Sports Games, a 2008 Hallmark greeting card featuring their song “Kiss Me I’m Irish”, countless television and radio appearances, and of course, an appearance in James Cameron’s Titanic.  Gaelic Storm has sold out hundreds of theatres and performing arts centers and has now played to audiences totaling in the millions.

A Dayton Celtic Festival fan favorite, Scythian (sith-ee-yin) plays kicked-up Celtic and world music with hints of Gypsy and Klezmer, all infused with a touch of punk-rock sensibility.  Take a pair of classically trained dueling fiddlers, toss in a rhythm guitar and the occasional funky accordion, then power it with the driving rhythm of a jazz percussionist, and you’ve got the ingredients for a show you won’t soon forget.  Their high-energy, adrenaline-peddling, interactive brand of music has one goal in mind: to get people on their feet and dancing.  Their repertoire ranges from traditional and contemporary Celtic and folk music to the alluring and dramatic strains of Gypsy and Eastern European tunes, and then crosses back over the border to pick up some good old-fashioned bluegrass licks.

Téada, now firmly established as one of Irish music’s leading exponents on the international world music stage, continues to be driven by a fascination with the timeless, expressive force of traditional tunes inherited from previous generations of musicians.  Since 2001, when the freshly-formed band landed a spot on the innovative Irish television show Flosc, Téada, has evolved to frequent headline performances at major music festivals throughout the US, Canada, Europe, Israel and Australia.  A notable highlight was a headlining appearance to a 30,000-audience in Brittany during 2006, a year which also saw the band launch a hugely successful CD/DVD ‘Inné Amárach’, released by Gael Linn and Compass Records.

FullSet is quickly becoming one of the most well known bands in the Irish music scene today.  In October 2011 they were honored by being announced as the winners of the RTÉ/RAAP Breakthrough Annual Music Bursary Award. Having been shortlisted along with 12 other groups in 4 different categories ahead of a field of almost 800 other groups and artists.  This has given the group huge exposure and the opportunity to begin work on a second album. To date, FullSet has performed at various festivals and venues across Europe including the Kann al Loar folk festival in Landerneau, Brittany, and also the Festival Interceltique de Lorient. During this time they have shared the stage with some of the biggest names in folk and world music including Moya Brennan, Fred Morrison, Lúnasa, Carlos Núnez, Andy Irvine, Donal Lunny and Beoga.

The event will feature three stages of continuous entertainment with over twenty acts.