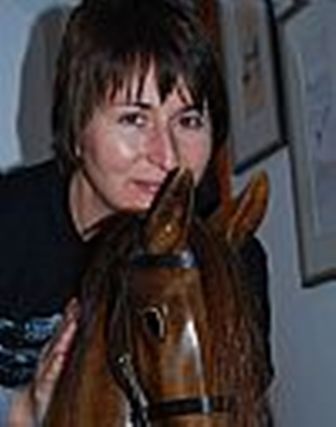 Kim Gravell’s new imaginative fantasy fiction, The Demon’s Call, taps into the deep core of folklore and legends that exist at the heart of the British and Celtic culture. The work is influenced by the author’s home in an old chapel in the foothills of the Cambrian mountains in Wales. Recently we spoke with Gravell about her debut book.

What inspired you to put this book together?
I came up with the idea at the heart of The Demon’s Call quite a few years ago but it needed the right setting; somewhere that the story I wanted to tell would make sense. I knew the sorts of things I needed for the scenes I had in mind to work but, because I wanted to ground my story in the “real” world, I wanted to base it in an actual landscape rather than one I had made up. So I carried the ideas around in my head, waiting to find that right spot where my story could come to life. When my husband and I bought an old chapel, in the foothills of the Cambrian mountains, I knew I had found my story’s home. There is a strong sense of history here and of being tied into an ancient landscape that called to me. The surrounding area is punctured by the remains of lead mines – indeed our chapel was commissioned by the Captain of the local lead mine – and the superstitions and legends associated with the mines tied in with the ideas I had been developing. Now I can’t imagine The Demon’s Call being set anywhere else.

Did it come together quickly or did you really need to work at it?
The concept for the story came together quickly once I started to develop it but the book itself took me four years to write. However, when I began looking for a publisher I found out that the story I had written was really too long to be one book and I ended up splitting it into two, the second being Child of the Covenant. So you could say that each book took me 2 years to write.

What was the most challenging aspect of the process?
The most challenging aspect of writing the book was carving out the time to do so. I thoroughly enjoy the writing process and can lose myself for hours at a time in my characters’ adventures, so the writing itself was never a chore. However, finding the time to dedicate to writing when you also work full time can be difficult. I find I write best in the morning so I would try to get some writing done every day before I started work.

What was the most rewarding part of the experience?
For me, the most rewarding part of writing my stories down is when I get a scene or a story “right”. When I reread something and I don’t want to tweak it or and tamper with it, when I’m enjoying it just as it is – then I know I’ve got it right and, hopefully, at that point other people will enjoy it too. It was also very satisfying when the people I’d been sharing the story with would nag me for the next few pages because they wanted to know what happened next. That feedback definitely helped keep me going.

What did you learn during the process?
From a personal perspective I learned a lot about myself as a writer, for example when I’m at my most productive and how to tap into that spark of creativity even when I don’t think I feel like writing. I’m sure my time management skills have improved too. I’ve also learned a lot about the lead mining industry and I’ve became more aware of the patterns of the year in an agricultural community.

How did you feel when the book was completed?
Drained.  Slightly shocked.  Delighted.  A whole host of emotions as I had lived with the process for a long time. Once it had sunk in that I had finished I was pleased with my achievement. Then I started to realise how much work would be involved in the publishing process.

What has the response been like so far from those that have read it?
Very positive. Even people who have told me it’s not the sort of book they would normally read have said they’ve thoroughly enjoyed it. I think the biggest compliment was from my husband (naturally!) who said that after the first few pages he forgot that he was reading “my” book and found himself totally immersed in the story.

Is enough being done to preserve & promote Celtic culture generally?
I can only speak from experience about the area of Wales I live in but I do believe that here, at least, Celtic culture is alive and well. There is a very strong tradition of celebrating the Welsh musical heritage and we have regular concerts in our village featuring local artists young and old. On a broader basis you need only attend a folk festival anywhere in the UK to understand that Celtic music is going from strength to strength.

What can we be doing better?
On a literary front however, I think there aren’t enough contemporary novels – in any genre – set in Wales. From a fantasy / paranormal perspective the marketplace is overflowing with stories set in America yet there is a huge store of Celtic legend and belief that could be tapped into to create stories that audiences in Britain and around the world would love. I like to think my Dark Places sequence is taking a small step towards addressing that.

What’s next on your creative agenda?
I’m already working with my publisher on Child of the Covenant – the sequel to The Demon’s Call. All being well this should be available in early 2015. I’ve also had some success with my short story writing so I would like to do more in this area and of course I have ideas for more adventures with Aidan, Gwyn and Eldritch. I certainly intend to keep writing.