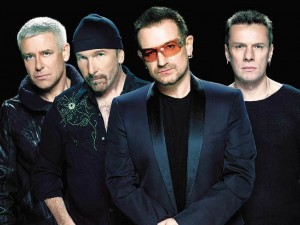 This year, Ireland has invited the world to join The Gathering Ireland 2013; a year-long celebration that will feature hundreds of events designed to highlight Irish arts, sports, business and historic attractions. It’s anticipated that the festivities will bring an extra 325,000 visitors and an additional $200 million worth of tourism revenue to the country.

Why not get involved? As Ireland’s famous son William Butler Yeats once said, “There are no strangers here; only friends you haven’t yet met.” Below, E. E. Hanley makes some suggestions for celebrating The Gathering 2013.

ASHFORD CASTLE –- Dating back to 1228, this spectacular five-star, lakefront hotel in Mayo offers classical interiors and sporting activities that include fishing, falconry, golf, horseback riding and cruising on the lake Lough Corrib. Ashford Castle plays a role in the Academy Award-winning 1952 movie, The Quiet Man. A new documentary, John Ford: Dreaming the Quiet Man (2012) features home-movie footage from the cast and crew’s time at Ashford.

BLARNEY CASTLE –- Built nearly 600 years ago by the great Irish chieftain Cormac MacCarthy, Blarney Castle in Cork is home to the famous Blarney Stone, or Stone of Eloquence, which is said to confer the gift of the gab on all who kiss it. The Travel Channel lists kissing the Blarney Stone among its 99 things to do before you die, but it isn’t easy. For the gift of the gab one must climb 100 spiral stone steps, queue up, lie down backwards, grip the handrails, and lean two feet into the gap in order to plant a kiss on the stone.

DUBLIN’s General Post Office served as rebel headquarters during the Easter Rising of 1916, and remains permanently marked by British bullets. The rebellion was a turning point in Ireland’s struggle for independence. Yeats wrote, “A terrible beauty is born,” after the execution of the Easter Rising leaders. Previously sealed witness statements are brought to light in the 2011 book Rebels: Voices from the Easter Rising by Fearghal McGarry, a senior lecturer in History at Queen’s University, Belfast.

EMERALD ISLE –- The poetic name for Ireland comes from the island’s lush, green landscape, immortalized in the song Forty Shades of Green, written by Johnny Cash during a 1959 visit.

FESTIVALS –- Ireland celebrates many festivals, but few as unusual as Lisdoonvarna’s Matchmaking Festival, which draws 40,000 romantic hopefuls each September. Romantics will also appreciate the 1997 movie, The Matchmaker. Set in the fictional town of Ballinagra (Town of Love) and filmed in County Galway, The Matchmaker features a stirring Irish soundtrack, including Irish Heartbeat by Van Morrison and the Chieftains (1988).

HISTORIC PUBS OF DUBLIN – This 2008 PBS production explains how many Dublin pubs came to fame. In it, Pulitzer Prize-winning author Frank McCourt (Angela’s Ashes, 1996 memoir, 1999 movie) explains the stories behind well-known drinking spots. A haunted former meetinghouse of rebels, the Brazen Head, built in 1803, is Dublin’s oldest pub. O’Donoghue’s, where the Clancy Brothers and Tommy Makem played and The Dubliners’ Ronnie Drew held his wedding reception, still offers live music seven nights a week. McDaids, with its tall ceilings, once served as Dublin’s morgue. Kavanagh’s, which is next to Glasnevin, Ireland’s national cemetery, served gravediggers their beer in jam jars during the glass shortage of World War II, and Neary’s, a 1916 rebel stronghold, now caters to theatre people.

IRISH ANCESTRY RESEARCH CENTRE – based at the University of Limerick, the centre is a leading provider of research, education and training in family history and Irish ancestry.

JOYCE – Every June 16th, Dublin hosts Bloomsday to celebrate James Joyce’s Ulysses (1922), considered one of the finest novels of the 20th century. In it, Joyce parallels Homer’s Odyssey and uses the stream of consciousness technique to take the reader through a day in the life of Dubliner Leopold Bloom. Joyce’s book Dubliners (1914), a collection of 15 short stories, is being made into short films by award-winning movie writer and director Michael Kinirons. John Huston made a short film of The Dead (1987), which is the last story in Dubliners and the forward to Ulysses.

KYLEMORE ABBEY – A splendid baronial castle in Connemara, County Galway, Mitchell Henry, a wealthy London doctor, built the Abbey for his wife Margaret Vaughan in 1867.   When Margaret, a 50-year-old mother of nine, died in 1875, Mitchell had a Gothic church built in her memory.  A miniature replica of England’s Norwich Cathedral, the church’s interior is made of beautiful green Connemara marble found only in County Galway.

LAHINCH Golf Club, near Ennistimon, County Clare – This natural-terrain links course is said to be the “St. Andrews of Ireland” while Lahinch Beach became famous in 2006 when 44 surfers broke a world record riding a single wave. Waveriders the Film (2009) shows how Irish-Hawaiian George “the Father of Modern Surfing” Freeth introduced the sport to Huntington Beach, California. Waveriders features the three Malloy brothers, who are surfers, filmmakers and environmentalists from Ventura, California. The Malloys say their explorations of uncharted waters around the Irish coast have revealed empty, world-class waves, like the breakers along the 700-foot Cliffs of Moher.

MUCKROSS — Located in Killarney National Park, opportunities for exploration at Muckross include the famous Torc waterfall at the base of Torc Mountain, the 19th century mansion Muckross House, a 1930s-style traditional farm, and the craft centre where artisans handcraft pottery and woven goods which are sold onsite.

NEWGRANGE –- In 2008, 34,107 people entered a lottery to be one of 50 able to bring a guest inside the prehistoric passage tomb on the winter solstice – the only day of the year when light mysteriously floods Newgrange’s interior. Older than Stonehenge and the Great Pyramids of Giza, Newgrange is situated near the Boyne Valley. It is listed on the World Heritage Sites of Europe and on Ireland’s Seven Wonders at www.atlas.ingeniousireland.ie.

NOBEL-WINNING WRITERS — Irish literature boasts four Nobel Prize winners: Samuel Beckett (1969, for his writings including Waiting for Godot); Seamus Heaney (1995, for works of lyrical beauty and ethical depth, including Beowulf: A New Translation); George Bernard Shaw (1925, for his contributions to literature such as Pygmalion which became the musical My Fair Lady after Shaw’s death) and W. B. Yeats (1923, for his inspired and highly artistic poetry).

PATRICK or Maewyn Succat, the patron saint of Ireland, is celebrated every March 17th. Another Patrick, Kavanagh, wrote The Great Hunger in 1942, a poem that describes the hardships of life in rural Ireland. Mary Pat Kelly’s 2009 book, Galway Bay, tells the harrowing tale of how her family survived the Great Irish Potato Famine of 1845-1852. Ireland’s Great Hunger Museum opened in Hamden, Connecticut in 2012. See memorials worldwide at www.ighm.org.

QUEEN of Umaill (now County Mayo) — Known as the Sea Queen of Connaught, Grace or Granuaile O’Malley, was born in Ireland around 1530 and grew up to be a famous chieftain and pirate. O’Malley’s meeting with England’s Queen Elizabeth I is legendary. The two women negotiated the exchange of captured prisoners and stolen property for the cessation of Irish rebellions and piracy, but not before overcoming differences which included Grace refusing to bow before Elizabeth because Elizabeth did not recognize Grace as Queen of Ireland. Watch for the 2012 Lawson Productions film penned by noted Granuaille biographer Anne Chambers.

ROCK OF CASHEL – Also known as Cashel of the Kings and Saint Patrick’s Rock, this historic site in Tipperary showcases Celtic art and medieval architecture. Visitors can see the dry stone-built Round Tower, which dates from about 1100, and Cormack’s Chapel, the 12th century chapel of King Cormac Mac Carthaigh with its barrel-vaulted roof.

SAINT AND SCHOLARS – Christianity came to Ireland in the 5th century. Irish priests traveled to Europe to preach and teach and Irish monasteries attracted scholars from elsewhere. Irish monk Saint Columba (521-597AD) established a monastery on Iona. This has earned Ireland the nickname “the island of saints and scholars.” Thomas Cahill’s 1995 non-fiction historical book How the Irish saved Civilization examines the role of the clergy in preserving western culture after the fall of Rome.

U2 – the Grammy Award-winning Dublin rock group has sold more than 150 million records since forming in 1976. U2 took their 2009 No Line on the Horizon album on a worldwide 360° Tour, named for the stage configuration, to the tune of $736 million. Other Irish Grammy Award-winning musicians include The Chieftains, Clannad, Enya, Riverdance: The Show, and Van Morrison. Morrison recorded his 34th studio album, Born to Sing: No Plan B, in his hometown Belfast in 2012.

XO PROJECT – Ireland Reaching Out, also known as the XO project, (www.irelandxo.com) began in Galway in 2010. Irish volunteers use reverse genealogy to trace descendants who have emigrated from their parish. Also, while in Dublin, check out the Shelbourne Hotel’s Genealogy Butler, a fee-based consulting service that guides you to the sources most likely to produce results.

YEATS — The first Irishman to win the Nobel Prize for Literature in 1923, Yeats, along with others, founded Dublin’s Abbey Theatre in 1904, also known as the National Theatre of Ireland. Memorials to Irish writers, rebels, and famine survivors line the walkways of Dublin’s Saint Stephen’s Green, a 22-acre Georgian square park adjacent to Grafton Street, one of Dublin’s main shopping districts.

The Gathering 2013 has the support of some big names. Irish actor Stephen Rea, nominated for an Academy Award for his performance in the 1992 film, The Crying Game, tells event organizers that he rejoices in the chance “to give back and celebrate the achievements of our small island on a worldwide stage.”