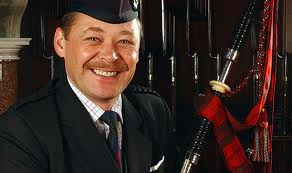 The National Piping Centre in Glasgow is hosting the first ever live video stream of the Glenfiddich Solo Piping Championship today.

The championship is the most prestigious solo competition on the annual piping calendar and sees the world’s top solo pipers perform in Piobaireachd and March, Strathspey & Reel competitions. The Glenfiddich Piping Championship was established in 1974 by William Grant & Sons to inspire and stimulate the world’s finest individual pipers and to seek the best overall exponents of the ceol mor (the great music) and ceol beag (the little music).

This spectacular event takes place in Blair Castle, Perthshire each October and people travel from all over the world to attend. Blair Castle was built in 1269 and the present day tower was part of the original construction. The Castle is the ancient seat of the Dukes and Earls of Atholl, and it holds over 30 rooms of historical artefacts, including antique furniture, art, period dress and arms and armour. The Glenfiddich Championship is held in the Great Hall – this location is breathtaking and gives the whole competition a feeling of grandeur and tradition. The pipers who have qualified to take part in the competition for 2012 are Callum Beaumont, Murray Henderson, Finlay Johnston, Jack Lee, Stuart Liddell, Euan MacCrimmon, William McCallum, Roderick MacLeod, Iain Speirs, and Gordon Walker.

The National Piping Centre have teamed up with Yellow Brick House, a digital media company based in Glasgow, to utilise modern technology to provide a full day of live streamed video via the internet. Using a brand new technology, the ‘Prodec Bonded 3G Device, allows the team to stream live events from almost anywhere in the UK. As well as full coverage of all of the performances, the Balvenie Medal presentation and the prize giving, we will also be talking to some of the regular attendees and organisers of the event to find out a bit more about what the competition means to the piping community. This live stream broadcast is a project of The National Piping Centre, supported by NESTA’s Digital R&D Fund Scotland.

The live stream will be hosted on The National Piping Centre’s website starting at 10am (BST);  www.thepipingcentre.co.uk/livestream