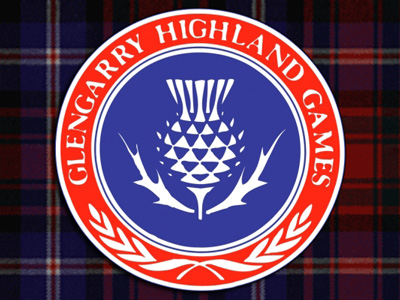 The Scots who settled the rolling hills of Ontario’s Siorrachd Gleanna Garadh (Glengarry County) are undoubtedly smiling with pride this weekend. Since 1948, their community heirs have been holding the ever-burgeoning Glengarry Highland Games.

Over the years, the event has evolved into arguably the largest Scottish games in North America, attracting tens of thousands for a weekend each August.

“Our event probably has the most people at it, although Fergus would rival us in Canada,” says Rod McLeod, director of the Glengarry Highland Games. “I’ve travelled through the States competing for years, and one that might equal Glengarry as far as attendance is Loon Mountain in New Hampshire.”

For about 35 years, McCleod competed in heavyweight events all over the map. For this year’s Glengarry theme, Year of the Heavyweight Athletes, McLeod will be joined with other North American veteran athletes to reunite and reminisce.

Today, Glengarry boasts both amateur and professional competitions, and even heavyweight events for teens, tweens and the wee ones. It is also home to the North American Pipe Band Championships with up to 65 bands competing. “The hair on the back of your neck stands up when they’re all playing together!” beams McLeod.

Glengarry has competitions for individual pipers and drummers, too, and they are the only North American Games to host a Piobaireachd Society Gold Medal Competition endorsed by the “old country.” Plus, their Highland dance contests attract 200 or more participants.

One of the weekend’s highlights is the Friday night Tattoo and this year, legendary fiddlers Natalie MacMaster and Donnell Leahy are the headliners!

It is a keen group of volunteers, says McLeod, that bring the Games’ music and dance, fiddles and Celtic harps, sheep dogs and Scotch together.

McLeod invites all to attend, whether they are long-time or first-time visitors.

“The Games attract people from all over,” including those whose parents, grandparents and great-grandparents had ties to Glengarry County, he says. “They still call Glengarry home.”