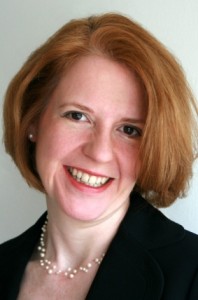 2014 is going to be an eventful year for Scotland; the Commonwealth Games, the Ryder Cup and an array of festivals and events are only a few of the many reasons to start planning your visit. Homecoming Director Caroline Packman gives us the details.

What is your own ethnicity/heritage?
With a surname like Packman it’s perhaps less obvious than some others! On my father’s side I’ve traced my ancestry back 6 generations to the 1770’s – all were crofters and farmed land only a few kilometers from where my parents still live, in the North-East of Scotland.  I only recently found out though that my great-grandfather’s brother immigrated to Canada, so I’ve discovered a whole new branch of my family in Perth, Ontario! On my mother’s side, my ancestors immigrated to Scotland from the Lake Como region of northern Italy in the 1830s and established a successful watch- and clock-making business, until a later generation mostly emigrated from Scotland to Australia!

How and when did you get involved with Event Scotland and The Homecoming?
I’ve worked for VisitScotland for 11 years now where I’ve held a variety of roles over the years. My background is in brand management, international marketing, new business development and event management, so when the opportunity arose with EventScotland (the events directorate of VisitScotland) to become Director of Homecoming I jumped at the chance as it seemed to be a perfect match for my skills and experience. It’s an incredibly exciting project to be working on and I’m loving every minute!

What are your roles and responsibilities there?
As Homecoming Director, my main responsibility is to oversee all aspects of the project which will be supported by a £5.5m major events and world-wide marketing programme designed to showcase Scotland around the world.  The last few months have been a whirlwind of activity, including the overall programme launches in Scotland, New York and Toronto, all of which were a great success.  The focus now moves up a gear to firm up the full programme and work with a range of stakeholders to ensure Homecoming 2014 is firmly on the map.

In your own words, how might you define The Homecoming?
Homecoming, for me, is a celebration of Scotland – a fantastic opportunity for visitors and locals to get involved in a variety of events throughout the year, the length and breadth of the country.   It’s also a great chance for Scotland to celebrate all that’s great about our country and place the spotlight on our greatest assets and icons.  There will be a wide range of events for everybody to be part of whether you’re a visitor, local or a business, and whatever your interests.

What will be some keystone events?
Homecoming is really about showcasing hundreds of events across the country, from mass participation to small community activity.  All events included within the programme fall under five themes: food and drink, active, creative, natural and ancestry.  We’ve already announced over a hundred events – all of which offer something unique and interesting. Brand new events include the John Muir Festival across central Scotland to herald the opening of the John Muir coast-to-coast route, the Forth Bridges Festival to mark the 50th anniversary of the iconic Forth Road Bridge, a spectacular Ryder Cup Opening Concert, the Findhorn Bay Arts Festival in Moray, the World Sheepdog Trials in Tain and the European Festival of Brass based in Perthshire. Many existing events, including Hogmanay, Edinburgh Festivals, the Spirit of Speyside Whisky Festival, the Edinburgh Mela Festival, the Royal National MOD, the Turriff Show, the East Neuk Festival, the Orkney Nature Festival and Tweedlove Bike Festival will add new and exciting Homecoming additions to their planned programmes for 2014. With around 50 million people around the world claiming Scottish heritage, diaspora and clan-related events also form a key part of Homecoming.  These include events such as the 700th anniversary of the Battle of Bannockburn, the Aboyne Highland Games, Piping Live and the Inverness Highland Meeting 2014.

What can visitors expect to experience?
The year-long programme running from December 2013 to 31 December 2014 will highlight a wide variety of music, drama, dance, art and cultural events.  Set this against a fabulous backdrop of stunning scenery and a warm Scottish welcome renowned across the world, and you’ve got a fantastic first-hand experience of what Scotland has to offer.  Our ultimate aim is that visitors will have a strong desire to come back and visit us again.

What has the response been like so far from North Americans?
North America has always been an important market for us here at VisitScotland.  Recent figures from the International Passenger Survey estimated that in 2012, North American visitors contributed 13 per cent more to the Scottish economy than in 2011 which is great news. We recognised that there was a huge opportunity to maintain the momentum and goodwill generated by the last Homecoming in 2009 amongst the millions of Ancestral Scots in North America, so we’ve ensured the programme has a wide variety of Diaspora and clan-related events. Initial feedback from our recent Homecoming launches in both New York and Toronto has been really positive with great coverage across both print and online media.  There’s fantastic direct flight access from both Canada and New York to Scotland, so we hope that the events included as part of the Homecoming programme along with the Ryder Cup and Commonwealth Games, will present a great opportunity for North Americans to travel in 2014.

What impact is the initiative expected to have on Scotland in the coming years?
It’s important to look at the wider picture for Scotland in 2014; we have three monumentous events happening including The 2014 Ryder Cup, The Glasgow 2014 Commonwealth Games and Homecoming.  This is a real chance for Scotland to excel as a destination to millions, boosting Scotland’s most important industry.  The eyes of the world will be firmly on Scotland, and I believe that next year’s Homecoming will position us as a vibrant, interesting country with a rich history and culture. Scotland’s first ever year of Homecoming in 2009 was a great success, influencing more than 95,000 visitors to travel to Scotland and exceeding its target by generating almost $85m in additional tourism revenue for Scotland in what was a difficult year for global tourism.  So, we hope to see a similar success story for 2014.  It’s about getting everyone on board and thinking about the lasting legacy which 2014 presents.

Is enough being done to preserve and promote Scottish culture generally?
Scotland’s culture is both distinctive and varied and it is a country where the locals are proud of their heritage and very passionate about being Scottish.  Contemporary Scotland blends a rich array of cultures from around the world and identities have been shaped over time so that to be Scottish is completely unique.  I think there are some great examples of how Scottish culture is being promoted and preserved. The Homecoming programme itself aims to do just that by showcasing both Scotland’s traditional and contemporary culture whether it be through new festivals, music, visual arts or heritage.  Much of the promotion and marketing of Homecoming will be about encouraging people living in Scotland to enjoy these events and sample some of their own culture, but also to reach out to their friends and family from elsewhere in the UK and around the world and persuade them to visit Scotland in 2014. As part of our continued international marketing and promotion of Homecoming Scotland we will also be working closely with Clan and Highland Games Associations both at home and overseas to ensure that Scottish culture is at the very heart of these events. There will also be the Glasgow 2014 Cultural Programme, a vibrant and cultural range of events in Glasgow and across Scotland, designed to complement the Commonwealth Games.  Scotland was also the first country in the world to have two UNESCO Creative Cities – Edinburgh and Glasgow.  This focuses on building international links between cities that share a common creative history to encourage the sharing of cultural and creative knowledge.

What could we be doing better?
It’s not really about what we can do better; it’s about building on opportunities and ensuring we create a lasting legacy for Scotland.  There are a number of major events and initiatives taking place over the next few years as outlined that provide important opportunities to further develop and promote our culture – we need to ensure we build on that.  It’s also about increasing public awareness of Scotland’s distinct natural and cultural heritage in all its richness and diversity so that it can be understood, enjoyed and most importantly preserved.