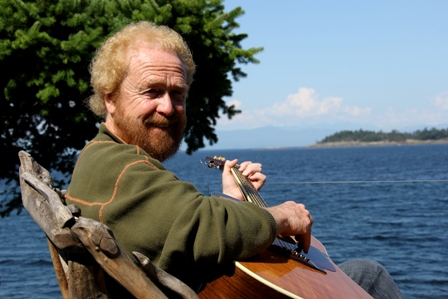 Appearing in their own variety shows for the CBC (Canadian Broadcasting Corp), Ulster TV and Global for about 12 years was another major highlight for the band. Their programs included The Irish Rovers, The Rovers Comedy House and Party with The Rovers. “We were able to meet all of the top players,” said Millar.

Musical stars like Johnny Cash, Bobby Darin and Andy Gibb appeared on their shows. “It was amazing to meet these people and have these diverse personalities come on our little show. You realize they’re just normal people like everybody else.”

Being able to travel back to their homeland and film many outdoor recordings in Ireland, Scotland, and England for their television program was also a highlight. In fact, producers at the CBC worried about losing the band to Ireland. “A couple of boys did move back after that,” said Millar. “They’d been in Canada for 10 to 15 years, then when they returned some of them did indeed move back.”

The call to home remained strong. A few years ago, The Rovers recorded a live show in Belfast called Home in Ireland, which is available on DVD.

“PBS (America’s Public Broadcasting Service) bought the DVD and it showed all over the world,” said Millar. “It was nice to be able to go back and play in Belfast to a live audience and show some of the beauty of the coast on the DVD. We were all born and raised in Ireland so we all had favourite spots to take the cameras and show things. It’s always nice to go home and play.”

The 2012 tune The Titanic is also a tribute to their homeland. The ill-fated ship was built in Belfast, close to Millar’s family home in Ballymena. “We wrote the song for the 100th anniversary of the tragedy and all the souls that were lost on board,” said Millar. “We had a lot of connections to the Titanic, probably a lot of our grandfathers worked on it in some aspect. It employed a lot of Irishmen in 1909 and took three years to build so it fed a lot of people in Northern Ireland.”

Their music has evolved over the years due to modern advances in recording techniques as well as band changes. Jimmy Ferguson passed away while on tour in 1997, Will Millar retired in 1994, and more recently, Joe Millar retired to the golf course making room for his son Ian to step up. Today, the Irish Rovers include: George Millar on guitar; Wilcil McDowell, an All- Ireland Champion on the accordion; Sean O’Driscoll, one of the best banjo players in Celtic music; Ian Millar on bass guitar; with Morris Crumb on the keyboard, and Fred Graham on bodhran. Geoffrey Kelly, who also plays with Vancouver folk bands The Paperboys and Spirit of the West, on whistle flute; and Gerry O’Connor, one of Ireland top fiddlers, will both be joining them for this final tour.

And the members are far-flung. Aside from those who have moved back to Ireland, a couple live on Vancouver Island, one is in Fort Lauderdale and another in Montreal. But recording is never a problem. “We start in Vancouver Island with just a guitar and a voice,” said Millar. “My nephew Ian plays the bass and we send those tracks back to Ireland where Wilcil will put on his accordion and we put on an Irish piper and a tin whistler. They send it back to me where we add more things. We put new voices on and take old voices off, so that technique allows us to do a lot more.”

This arrangement seems to work well for the band. “Irish music doesn’t require that you have 34 tracks and put them all on the tune,” said Millar. “That doesn’t really make sense. We try to keep the music as pure as we can so we can reproduce it on stage.”

With the recent DVD, their 2012 album, Drunken Sailor, and their single, The Titanic, The Irish Rovers are once again making international headlines and enjoying radio airplay. This attention has also brought them a new generation of fans and given them more than 10 million views of Drunken Sailor on YouTube. “It is quite amazing,” said Millar. “It’s bringing a lot of younger people back to the show. I’m thinking, God, I’ll never get retired at this rate!”

Canadian Prime Minister Pierre Trudeau asked The Irish Rovers to become Canadian citizens. “We were absolutely flattered,” said Millar. “The Prime Minister told his aide, ‘I really like them, but if they’re going to be representing Canada at expos, I think they should be Canadian citizens.’ We got a call to be at City Hall in downtown Vancouver the next morning at 9 am, and we said, ‘great’. We’ve never looked back.” That was in 1976. Over the years, the Rovers have represented Canada at five World Expos.