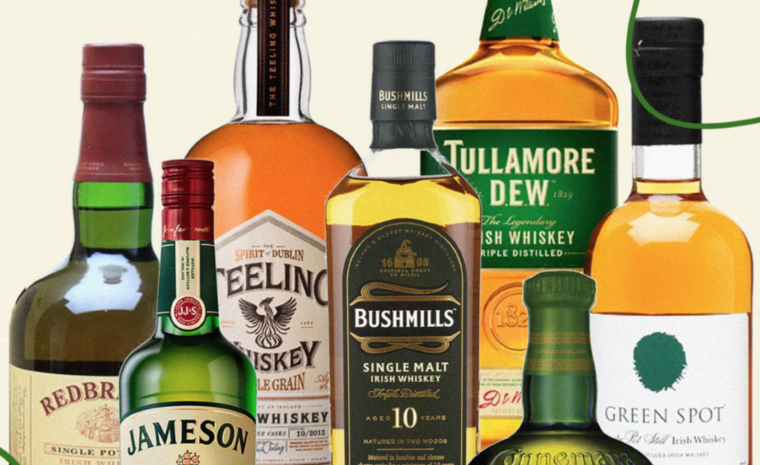 Whiskey is one of the fastest growing global drinks categories and is currently enjoying a new golden age. New distilleries are popping up all across North America, Europe and elsewhere. Nowhere, however, is whiskey’s renaissance more evident than in Ireland.

Whiskey was most likely born on the Emerald Isle, and by the late 1800s its spirits were the most prized in the world. But history would not be kind to Irish whiskey industry, and a series of misfortunes that befell the Irish people in the early 20th century nearly wiped out a 400-year-old industry.

By the mid-1960s there were only three remaining distillers in Eire: John Powers & Son, John Jameson & Son, and the Cork Distillery Co. The trio of companies merged in 1966 in an attempt to stem the industry’s ongoing contraction. In 1975, Irish Distillers opened the New Midleton Distillery in Cork, closing its older facilities, and leaving Ireland with only one other remaining distillery – Bushmills in Northern Ireland.

A new Irish distillery, Cooley, began production in 1988. In 2007, Ireland’s oldest distillery Kilbeggan – originally founded in 1757 – re-opened, kick-starting a new wave of whiskey production. Today there are a dozen distilleries operating in Ireland, and a further seven are currently under construction or have been granted planning permits.

The first whiskies in Ireland and Scotland were made from malted barley – essentially distilled beer. Unlike corn or wheat, barley has enzymes which convert insoluble starches in the grain into fermentable sugars. Barley is also a hardy grain, so it is ideal for storing in cool, wet climates like Scotland and Ireland. 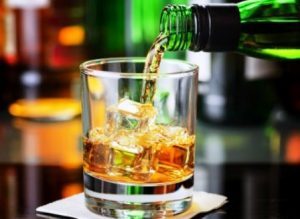 Scottish and Irish whiskey production in the 1700s did not escape the eyes of the government in London. Westminster sought to curb excessive drinking and tax its production. One way of doing this was by taxing malted barley by the ton. Although the alcohol yield per ton of barley can vary by strain and by harvest, taxmen could estimate the amount of whiskey that would result from a given ton of barley. They could also estimate a distillery’s production for the purposes of taxation.

During the 18th Century, the British imposed a series of “punishing malt taxes.” In response, Irish distillers began using a blend of malted and un-malted barley in their mashes as a way of avoiding or reducing their exposure to the “hated malt tax.” Only a small quantity of malted barley in the mash bill, 10%-15%, is needed for an efficient fermentation. With so many Irish distillers making whiskey from a small amount of malted barley – and a greater amount of un-malted barley – a uniquely Irish style of whiskey, Pure Pot Still, was born. In 2010, the term was legally re-categorized as Single Pot Still Whiskey.

Green Spot: Is composed of 7 to 10 year old Pot Still whiskies matured in Ex-Bourbon and Ex-Sherry casks, it was originally produced for Mitchell & Son of Dublin.  $88

Midleton Barry Crockett Legacy: Matured in Ex-Bourbon and new American oak casks, only 2,500 bottles are released each year. It is creamier and more delicate in style with soft fruits and spices. $265