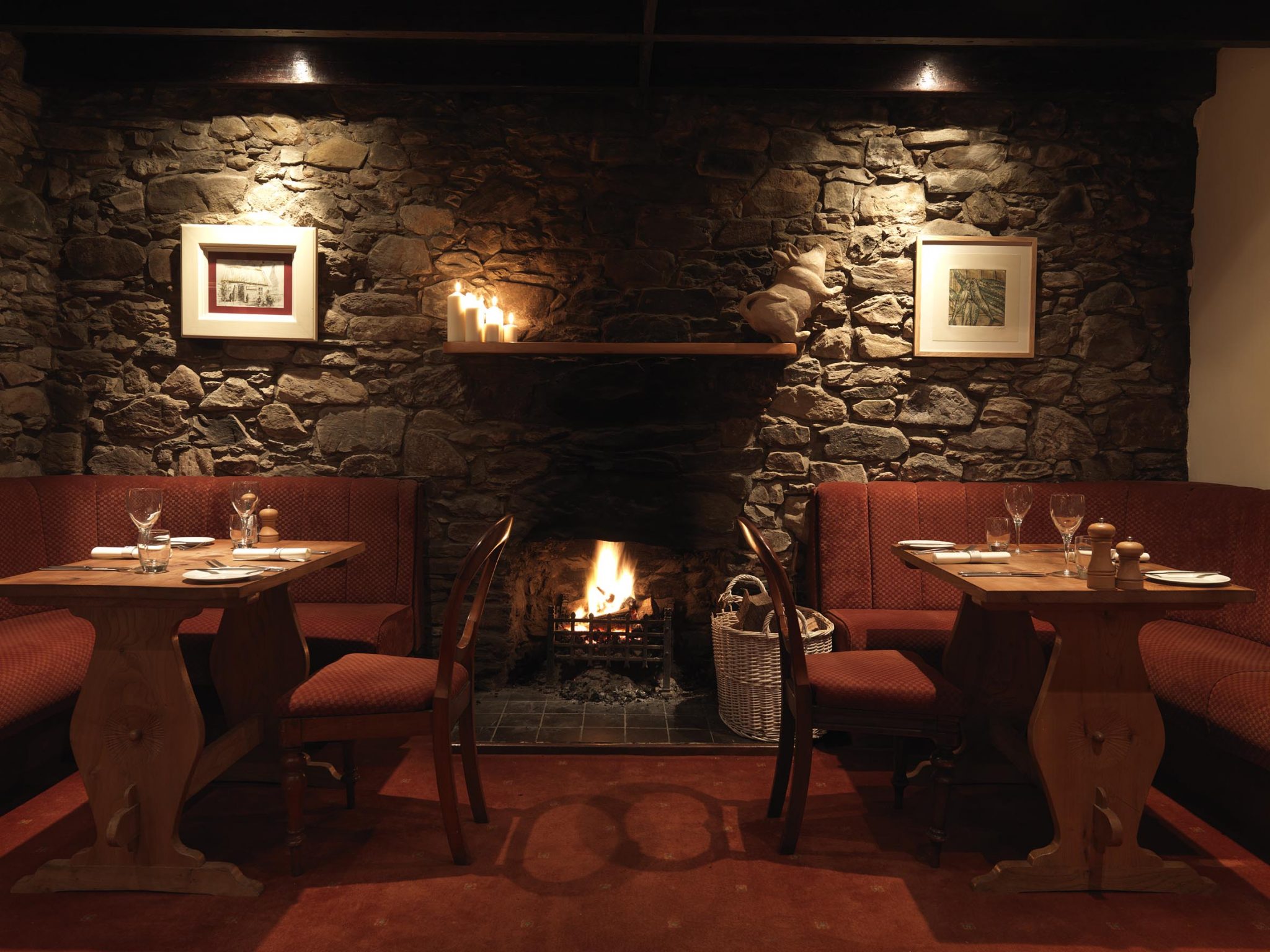 The Kilberry Inn, which describes itself as a restaurant with rooms, is a couple of hours from Glasgow. But not everyone likes its location. “It’s scandalous that this establishment remains open. It should be closed forthwith and re-open about 10 yards from my home!” That was one of the comments left in the inn’s guestbook and it pretty much sums up how people feel about the award-winning spot. Another guest described their repast as “five-star food at three star prices.”

In fact, this remote inn, seemingly in the middle of nowhere, was named Scottish restaurant of the year in 2009, and possesses a Michelin Bib Gourmand. To reach the inn midway between Lochgilphead and Tarbert in Argyll involves driving on the B8024, a single-track road that hugs the coast around the Knapdale peninsula overlooking Inner Hebrides. The journey doesn’t prevent people from coming. The pull of the menu with mains like hand-dived Sound of Jura king scallops seared with puy lentils, pancetta, and salsa verde is too strong. And the inn advises: “We like to torment our wine supplier by frequently changing the list to suit what’s on the menu….”

Clare Johnson, who owns the inn with David Wilson, describes it as a “wee croft,” that in its previous incarnations was a post office, a shop, and a petrol station. It only became an inn 30 years ago. The original Kilberry Inn was a caravan across the road, where a woman served tea and scones. Johnson and Wilson owned a small restaurant in a nearby fishing village and were living in a rented cottage a few miles down the road. “We looked all over Scotland for a new business and couldn’t find anything quite right,” Johnson says. “Then we heard the Kilberry Inn was for sale and knew straight away it was perfect for us.”

The inn comes with both its challenges and its rewards. Getting things delivered can be quite “interesting,” according to Johnson, even though she says the inn isn’t that far from civilization. She notes it’s a 40-minute drive to the nearest shops, so she and Wilson have to be organized with their shopping lists. A bigger challenge is enticing staff to come work with them, but fortunately they have a lot of locals interested in working with the inn.

On the flip side, ask Johnson about the rewards and the first thing she replies is, “Living in Kilberry! People come here for their holidays, but we got to live here all the time. It’s beautiful and wild. We spend our days off at the beach. The water is pretty cold for swimming, but it’s exhilarating.” Johnson also appreciates her network of local suppliers. She deals with women who make bread for the inn and who bring eggs, “lovely berries,” and things from their gardens. Then there’s fellow who sells them lobsters and mackerel.

And beyond all that are the customers themselves. People come from around the world to stay at the inn. Johnson believes most find them through word-of-mouth and recommendations as the inn doesn’t advertise much. Even social media is a hit and miss affair. Johnson uses Facebook to keep in touch with guests, but admits that she doesn’t really have a handle on Twitter. But then that’s not so important or in keeping with the atmosphere of the inn itself. People come to the inn to get away from the noise of social media, not to hear more of it. Johnson says guests can expect a warm welcome, good food and wine and a comfy bed. “We have no Wifi or mobile phone and even getting TV and radio can be a bit hit or miss. Kilberry is a place to relax and switch off from all that beeping!” Johnson declares.

For the winter, things become even more quiet than usual. At the time Celtic Life spoke with Johnson, she was just preparing to close the inn for the season. But even then, she and Wilson keep busy. “As usual, we have lots to do: painting, gardening, a new website, new carpets in the restaurant – we won’t be bored!”

But that’s part of what keeps Johnson and Wilson involved with running the inn. “It has to say interesting and challenging,” Johnson says. “We started off with three rooms, now we have five, and every year we have a new project to improve something and make Kilberry better.” That said, it’s pretty hard to improve on something that sounds so darn perfect already.