The Magic of Samhuinn 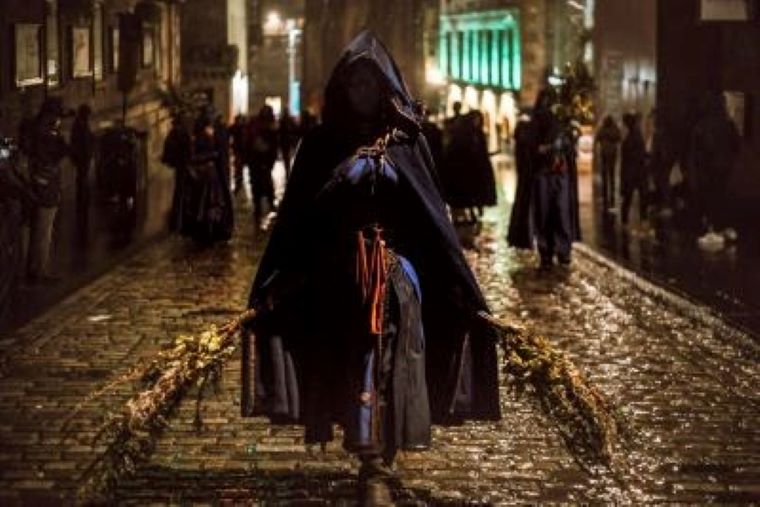 Gold-edged leaves curl inward, shivering against the autumn winds. Forests rustle in nervous anticipation, while the sun retreats to the horizon and night shadows creep slowly over the countryside and on into the city. The Holly King awakens and his breath chills the air. The Summer King senses his own power weakening and knows that soon it will be time. Spirits are stirring and strange magic is in the air – Samhuinn is approaching.

October 31st marks the Celtic New Year and traditionally, it was celebrated with the Samhuinn Festival that marked the passage of summer to winter. With its roots in ancient druid and pagan cultures, Samhuinn was believed to be a time when the veil separating the world of the living from the spirit world was at its thinnest, affording a final chance to communicate with the dead before the curtain of winter descended and life lay dormant until the May Queen and her consort, the Summer King, returned in the spring.

With some regional variations, this was how the cycle of life was understood. Samhuinn (pronounced SAH-vin) was the time to leave a door open or light a candle to enable the spirit of a loved one to make a final visit home.

Samhuinn was also a time to be cautious, as not all spirits were good, and it would be easy to fall prey to those with evil or mischievous intent. Donning a disguise, especially one that intimidated malevolent spirits, was a sensible precaution, while carrying a lantern could protect against evils that lurked under the cover of darkness. 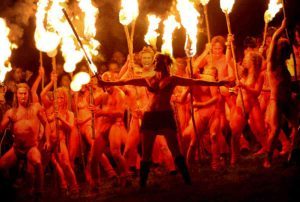 Some of these beliefs continued into the Middle Ages and, around this time, the tradition of dressing up, making spooky lanterns and going out ‘guising’ began. Although Halloween owes its name to a Christian tradition, it has much older roots and the ‘trick or treat’ principle is founded on the ancient belief that giving a gift would appease the spirits, while failing to do so may incur their wrath.

This November’s eve, as darkness falls on Scotland’s capital city Edinburgh, the Celtic New Year will be celebrated, as it has been for more than a decade, with a modern Samhuinn Festival.

Each year, viewers flock to the Royal Mile to see the Summer King, surrounded by his playful entourage, make his way along the narrow streets from Edinburgh Castle’s Esplanade. Despite light music, bright costumes, dancing and many smiling faces there is a sense of foreboding. Black clad torchbearers lead the way, ominous shadows flicker along ancient walls and the beat of distant drums fills the air.

As the procession turns intoParliament  Square the danger is palpable. The music reaches a crescendo and mischievous spirits, in the form of sinister red men, emerge from the darkness. Then the Holly King appears and, in a spectacularly colourful performance of fire, smoke, light and noise, a fierce battle rages between the two kings until the Holly King triumphs and the transition from summer to winter is complete.

With the Summer King slain there can be no more summers and that is a bleak thought for those who live off the land. So, in accordance with legend, the powerful, blue-skinned goddess of winter, the Cailleach, appears and restores life to the Summer King so that he can return the following year.

The resurrection of the Summer King takes place in the square below the great crowned spire of St Giles Cathedral, (known for being a focal point of Scotland’s Reformation during the sixteenth century). Those who stand and watch can’t help but sense many parallels echoing across religions, cultures and centuries of human history. 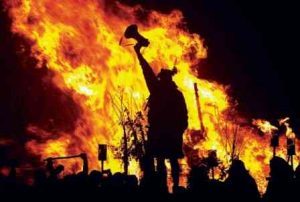 The success of Edinburgh’s Samhuinn stems from the Beltane Festival held on April 30th to mark the arrival of summer. Organized by the Beltane Fire Society since 1988, this fire festival on Edinburgh’s Calton Hill, is a joyous celebration of the return of the sun

Matt Richardson, Chair of the Beltane Society, told Celtic Life International that in the early days, audiences numbered around 300-400 but, by the mid 1990s, this figure had grown to 3,000- 4,000.

What’s more, it wasn’t the tourist market that drove the development of the Beltane Festival – it was the local community. In the words of Angus Farquhar, the founder of Beltane Fire Society, the surge in numbers was due to “a local manifestation of an international spirit”.

Andy Meechan, a senior figure in the society, explains that Samhuinn was created to ‘bookend’ Beltane, with both festivals celebrating ancient rites in a modern way.

“We embrace the city we live in, rather than apply a rural pastiche. The festivals are a celebration of Edinburgh and her people and communities,” Meechan says.

Today, Halloween is celebrated in many countries across the world. If you hear a knock on your door this November’s eve and find yourself confronted with a “trick or treat” from scarily clad figures carrying eerie lanterns, be mindful of the centuries of tradition they represent. On this night the veil is thin and the spirits are restless.

Have a magical Samhuinn.