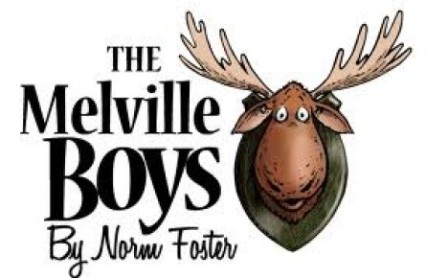 Nova Scotia actor and musician Ciarán MacGillivray plays the lead role in The Melville Boys, Canadian playwright Norm Foster’s tender, vigorous comedy about brotherhood and the unexpected. Recently Celtic Life International spoke with the multi-talented artists about the play, which runs until August 23 at the Chester Playhouse on the province’s South Shore.

What are your own roots?
Well, I grew up in Cape Breton with mostly Scottish blood in me, mixed with a little Irish and French for good measure. I come from a musical family and that’s really where my attraction to the arts stems from. Music was readily available in my house and community and my parents were both professional performers in their earlier days.

When and why did you first become interested in theatre?
I have always been performing on stage in some shape or form. I toured with a Celtic band called The Cottars for many years and soon found myself doing dinner theatres and community theatre productions. It wasn’t until I got a role in a movie that I seriously considered pursuing acting as a profession. I went through Neptune Theatre’s acting program here in Halifax and that really complimented my existing drive to be seen and heard in a theatrical way. I love getting inside a character and I couldn’t imagine being anything else but a performer.

Are they the same reasons that you continue to be involved today?
I really desire to constantly work with better actors and to improve my craft. I act primarily because I’m most comfortable in front of a crowd and I love the bonds created with my castmates. Acting folk are unlike anyone else. They continuously inspire me while still intimidating me. I like that duality.

What are the challenges of the vocation?
The sad truth is that there isn’t nearly enough funding for theatres. Many Nova Scotian theatres depend on fundraisers and the kindness of others to stay afloat. As for the actors, there are really very few people who are able to sustain themselves on theatre wages alone in this part of the country. You have to really love performing to wade through the tribulations of trying to keep your bills paid on an actor’s salary. If you are very lucky you don’t need to have a secondary income. I think that’s what we all strive for.

What are the rewards?
Hearing the applause, feeling truly alive under the lights and creating lasting relationships with people who are in it for the same reasons I am. Working with passionate people is really as good as it gets.

How did you get involved with this production?
I auditioned for the Theatre Nova Scotia panel back a few months ago. Our director Mary-Lou Martin was the first in the panel to show interest in me and I’m grateful to her for being so enthusiastic about my being a part of this show.

What can audiences expect to experience during the run?
Real people dealing with real issues. The dialogue is superb and the story brings you through a wonderful balance of awkward comedy and tearful drama. I’m a fan of Norm Foster’s work and have performed in his wacky musical “The Last Resort” previously, which I adored.

What are your thoughts on the current state of theatre in Atlantic Canada?
I have to raise a glass to the East Coast theatres that pride themselves on hiring primarily or completely local talent. Although there are many issues (primarily financial in nature) that infringe upon our way of life, there is a lot of theatre to see if you go looking for it and equally as many Atlantic Canadian actors to fill the necessary roles. There’s seems to be an increase in the film and television projects being filmed out of the greater Halifax area these days. I would certainly like to see the same increase in professional theatre shows.

What can we be doing better?
We should all express to our local MPs how much we NEED more money directed towards the performing arts. Theatres cannot survive on ticket sales alone. We need to make the general public aware of what it takes to put on a show and the funds required to do it properly. Hopefully we will someday see an increase in the monetary prop that helps support the vocation we love so much.

What’s next on your creative agenda?
My intention is to spend some time with a friend of mine who has written a few plays and screenplays that he’d like me to put music to. I’m anxious to keep my hands dirty by keeping busy with other theatrical endeavors. I’d love to direct a couple of plays in the near future and maybe try finishing all those acting books that I have sitting beside my bed!