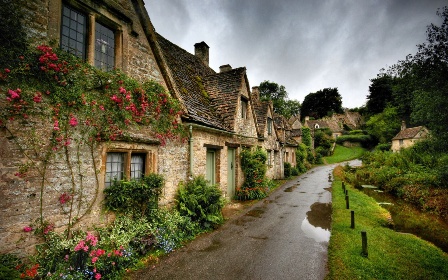 The International Women’s Movement was born more than a half-century ago, and contrary to popular belief, it didn’t begin with Gloria Steinem, Betty Friedan, or a legion of bra-burning feminists. They’re wrongly credited with leading the women’s lib charge.

If history demands vindication and truth be told, the international women’s movement started one inauspicious Sunday in a chapel in Mullaghbawn, South Armagh, Ireland. I know this because I witnessed the event that triggered the earth-shattering universal sexual revolution.

In fact, my wife and Jemmy Toal, a local blacksmith, are responsible for igniting the firestorm that transformed Mullaghbawn, Armagh, and, in time, the whole Western World.

What happened that historic Sunday with my wife and the legendary blacksmith is soon told.

It was a half-century ago, in 1964, that my wife, three boys, and I moved into a dank house owned by a distant relative on the river in the Village of Forkhill. “Joe Gorman’s house,” as the dampish manse came to be known, was a mere mile from the family farm, where my grandfather was born.

I was told that I was related to half the countryside. We were “known” in Forkhill, but Mullaghbawn was another story — it was a mystery to us.

Nestled up the Markethill Road along Slieve Gullion’s side, the hamlet (one could hardly call it a village) had only a few shops and a chapel. But, because Forkhill had no chapel of its own and Joe Gorman’s house was “on the wrong side of the river,” we were informed by distraught kin that Mullaghbawn was indeed our parish and that our absence at mass might be taken as a slight.

So, on the first Sunday in Joe Gorman’s, we dutifully dressed and journeyed a mile up . . . and two centuries back . . . to Mullaghbawn and the Church that Time Forgot.

As we made our way into the only vacant pew on the right side of the cramped chapel, my wife smiled across at familiar women’s faces in the congregation — all of which registered degrees of shock and disbelief. Two women signaled frantically to her, but she took it as a vigorous gesture of recognition. She couldn’t decipher the code.

“Is it okay if we sit here?” she asked in innocence as the other occupants of the pew grinned, nodded in unison, and shifted to make room. We genuflected and filed in. With that, the sacristy bell was rung, and priest and servers made their way to the altar.

Our pew-mates, now fidgeting and elbowing one another in anticipation of what was to come, could hardly contain themselves. And it soon came in the gaunt figure of the ancient blacksmith Jemmy Toal brandishing a blackthorn and thumping his way menacingly up the aisle.

Tension was building — priest and servers froze in place to witness the calamity in the making — as the weathered blacksmith peered into the bench with his one good eye, caught a glimpse of the strange woman occupying his place, and rotated the stick threateningly above his head, like a druid hurling a curse and shouting for all to hear, “Is it women on the job?”

The penny dropped, and my wife, suddenly realizing she was not only the lone woman on the male side of Mullaghbawn chapel,but also that she’d committed an unpardonable sin that cried out to heaven for vengeance — she’d taken the pew that the grizzled blacksmith had no doubt occupied from birth.

What began as silent warnings from the women’s side of the chapel had, at the smith’s entry, turned to near hysteria. There was, among the women in the congregation, a mass epiphany that would lead to a common cause. There was shared outrage at the insensitivity of husbands, sons, and brothers, and there was resolve to buck tradition and a system that had assuredly outlived its time.

The following Sunday, in defiance of Jemmy Toal and his ilk, the women of the parish, raised the battlecry “women on the job,” and began a revolution of their own. They “occupied” the entire male side of Mullaghbawn chapel and sat back to watch Jemmy Toal and other hapless menfolk wander aimlessly in search of new roosts.

Life would never be the same — not in Mullaghbawn, not in Ireland, not anywhere else. The international women’s movement broke ground that Sunday, and it would not go away.

And, I’m thinking, if he were alive and able, Jemmy Toal, the blacksmith who inspired the feminist revolution wouldn’t have voted for a Mary Robinson or Mary McAleese or any other female. . . Jemmy never liked women on the job.