The National Trust for Scotland 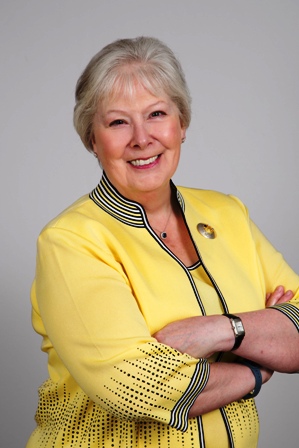 A bull named Diùc was perhaps one of the more unusual heritage projects the National Trust for Scotland sponsored. Helen Sayles, CBE, and her husband had the privilege of naming him because they had donated funds to the non-profit organization to purchase the animal. The bull went on to revitalize the cattle population on Canna.

“It was a bit of a fun thing to do,” laughs Sayles. “In his first year, Diùc sired something like 38 calves, so he was very productive. Sadly, he has since gone to the great cattle heaven in the sky, but he did a great job while he was here!”

Canna is one of the islands the National Trust for Scotland cares for. In fact, the largest conservation charity in Scotland protects 129 heritage properties, ranging from castles and croft houses to gardens and battlefields. That includes 76,000 hectares of countryside and wild lands, as well as a vast collection of artifacts, archives and other significant historical pieces.

Since 2000, the association’s American branch – The National Trust for Scotland Foundation USA (NTSUSA) – has raised over $7 million for the Scottish charity’s projects.

Sayles, who is Chair of the Board of Trustees for the NTSUSA, says it can sometimes be difficult to fundraise for something that is thousands of miles away.

“One of the things we have gotten better at is asking Scotland to give us a range of projects, with a range of prices, they would like to get done every year.”

Contributors can choose to support something that resonates with them. Priority projects range from repairs to Scotland’s largest dovecoat – Finavon Doocot – and monitoring seabirds at St. Kilda, to a traditional stonemasonry education program, preservation research at Falkland Palace, a bursary for an archaeology internship or refurbishment at Leith Hall.

“The Burns Memorial in Alloway is probably the one I feel most passionate about,” adds Sayles, who – like the famed poet – grew up in Ayrshire. “Of course Robert Burns is someone who appeals to people the world over. Obviously he’s known for his love songs and poetry, but he was also very passionate about social justice. That is manifested in poems like A Man’s a Man For A’ That, which is appealing to people of all generations.”

Anyone can contribute to the Burns monument – which is the NTSUSA’s annual appeal project – or other National Trust initiatives, by making a specified donation through the NTSUSA. People can also assist by making a general donation or becoming an NTUSA member, which comes with benefits such as free admission to their heritage properties in Scotland and elsewhere.

“There are all sorts of ways people can participate, and it doesn’t need to be a major donation,” says Sayles. “Of course they can give directly through the UK Foundation, but as we’re a 501(c)(3), if Americans give to the USA Foundation, any donation they make would be tax deductible to the extent that’s allowed by the IRS. So it’s a very tax efficient way for American donors to give money back to Scotland.”

Every year, four million people visit the natural, cultural and historical places owned or protected by the National Trust for Scotland.

“For those of us who love the country, preserving Scotland’s past is very important because it is a wonderful past, and unless you take care of those properties, they will fall into disrepair,” shares Sayles. “When you’ve got islands and castles and country houses and all sorts of things like that, it takes a lot of money to keep those in good condition so that people can enjoy seeing them and participating in the kinds of activities they provide.”