The Nicest Place in the World 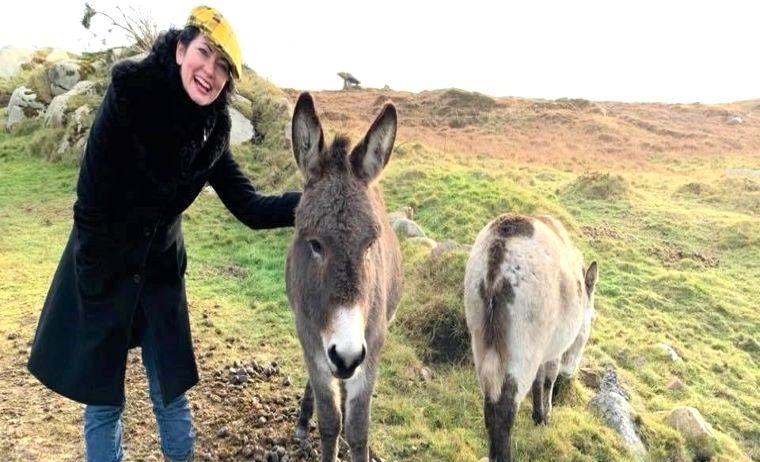 Two months before my beloved granny Nora passed away, I interviewed her on the farm Donegal, Ireland, where I spent every summer of my life. She shared her thoughts on love, marriage, and the mysteries of the universe. She also revealed something that I have inherently always known; that Ireland is the nicest place in the world.

“If World War Two hadn’t broken out, I would have stayed another few years in England where your granddad had a job, but I would still come home to live in Ireland,” she spoke into my tape recorder.

“Everyone did that could afford it,” she replied. “Ireland is a nicer place to live. It’s the nicest place in the world.”

“What’s so nice about it?” I asked, even though I already knew the answer.

Johnny Cash knew the answer too. After his first trip to Ireland in 1959, he wrote a song about his love for the people, from farmers to fishermen, but especially for one particular Tipperary girl with ‘lips as soft as eiderdown.’ He described Ireland as the ‘emerald of the sea’ with its forty shades of green.

Ireland inspired more than just visiting songwriters. Hollywood filmmakers captured the colorful countryside and people as well. While John Wayne filmed the classic romantic comedy ‘The Quiet Man’ on location in Mayo for six weeks in 1951 with director John Ford, locals toured the actor’s family around the area, from Galway Bay to the Ring of Kerry.

This tiny green island in the north Atlantic also inspired thousands of creatives born within her borders. The Yeats family is one exceptional example. While brothers Jack and William Butler Yeats were painting landscapes and writing poetry in Sligo, their sisters Elizabeth and Lily promoted Irish arts and crafts and taught others how to utilize the natural setting to awaken creativity. 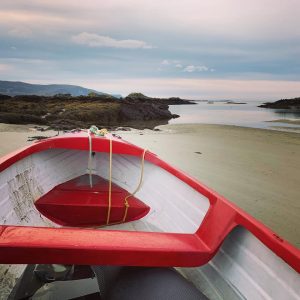 Ireland awakens the human spirit like no other place on the planet. That can’t be proven, only experienced. You can listen to all the songs, watch all the films, and read all the poetry about this magical place, but until you set foot on her soil and become seduced by the unhurried pace of life – one of Eire’s many charms – you won’t fully understand what Johnny Cash was singing about.

When the rest of the world clamored on, Ireland somehow maintained its sacred energy. I felt it as a child and even more so today when I return to my family’s home. Perhaps the lack of concrete and steel built up on every surface let the land breath naturally as it needs to communicate with us. That openness of earth under foot allows for the transfer of magnetic energy from the planet’s core which pulls at human heart strings, plucking the music from our spirit. Whether you consider yourself musical or not, you will be humming a tune in your head before you leave Ireland’s shores. She insists on collaborating with you on a creative level. You won’t be able to escape the desire to create. The land has something to say and wishes to speak through you as you step across fields filled with purple heather and confident sheep. Be here now, it says. Be present. Just be. Even the spiders have something to say as they weave their webs between iron gates and hedges glistening from the sun after a morning shower.

Everything seems to be communicating with us in Ireland from every crevice and portal. Just prior to the pandemic, I attended a family wedding in Donegal. The day before the ceremony I searched for a four-thousand-year-old Neolithic dolmen in a farmer’s field. The ancient stone tomb was guarded by four soulful donkeys named Donal, Desmond, Declan, and Diarmuid. Nearby, on the shore, I found sea caves that also felt like portals to another dimension, where jellyfish lingered on white naked sand with no sign of footprints. After a brisk walk through the dunes, past waterfalls that looked like Guinness, a steaming bowl of potato leek soup with a side of brown bread lathered in golden Irish butter welcomed my hunger. This is the Ireland I know and love. These are the experiences I often share with first timers to the Emerald Isle.

An emerald is a healing stone with a strong vibrational energy that brings balance and clarity of thought. It is green, the colour of Ireland, and it is also the colour of the heart chakra. No wonder that visitors and locals are in love with the land.

That is why Johnny Cash called Ireland the ‘emerald of the sea.’ He and his wife June Carter stayed in Markree, the 17th century castle in Sligo, in 1990 while he filmed a music video on the property. Not far from the castle, W. B. Yeats wrote about the Lake Isle of Inisfree in his poem in 1888. The sound of the lake lapping the shore inspired a deep sense of peace in the core of his heart. And the Man in Black was seen wandering around Markree’s five-hundred-acre estate in blissful solitude. Both Cash and Yeats understood and practiced the healing powers of sound through encounters with music and nature.

Wellness, as a travel trend, is on the rise, accelerated by the COVID-19 pandemic. Citizens of the world spent much of 2020 communing with nature in their own backyards. But now that restrictions are being lifted, travelers yearn to explore beyond their backyards searching for more than just a few snapshots and souvenirs while visiting new destinations. 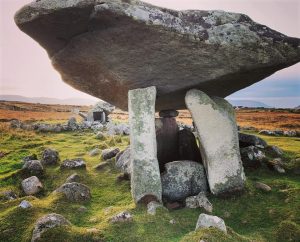 Seekers are on the move craving meaning, inspiration, and transformation. Exposure to nature and the arts is the objective to lift spirits and nurture wellbeing.

I am so looking forward to returning to Ireland through the lens of wellness and creativity to inspire my own spirit but also help awaken others. It has been a challenging few years and I know I am not alone when I say I need to renew my spirit.

If my granny were alive today, we could stop in for a cup of tea and a chat. After hearing about the woes of the world, she’d most likely say, “Just sing yourself happy.” It is good advice. The birds do it every day.

“Granny, tell me then, what is so nice about Ireland?” I asked as I held the tape recorder below her grin.

“Its people, its green fields, its hedges, its fences, its rivers, its brooks. Everything about Ireland I love.” ~ Story by Tara O’Grady

Tara O’Grady is a singer-songwriter, educator and author born to Irish immigrants in New York City.