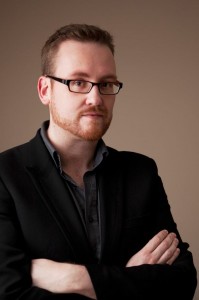 It will be a new twist on old traditions this weekend, as the 150+ year-old Lisdoonvarna Matchmaking Festival welcomes the LGBT community to the festivities for the first time. The Outing co-Director Dónal Mulligan shares the details!

What are your own roots?
I grew up in rural Co. Leitrim in the 1980s and moved to Dublin for college, where I’ve lived since. I work as a university lecturer there now. I think it’s been interesting to live through the very poor and very prosperous times in the Ireland of the last 30 years and I can understand the nostalgia for old rural tradition and “simpler times” very well from this perspective. Eddie McGuinness, who co-directs The Outing with me is from Dundalk, Co. Louth.

Why and when did you get involved with this festival?
I’ve previously run a club night in Dublin called “POORHOUSE”, which mixes a trad session with gay pop culture – we’d have bodhráns and Beyoncé, sean nós singing of Madonna songs, poetry, irish dancing, etc. It was a huge success and got some national radio and press attention for renewing interest in Irish language and culture in a very unexpected way and it was a big part of the reason I was asked to do the same with Lisdoonvarna. Eddie had been in contact with White’s Hotel Group, who have run traditional Lisdoonvarna for decades and had the idea to start a gay matchmaking weekend. I was drafted in to help create a fun mix of old and new!

What are your roles and responsibilities with the event?
I’m the co-Director of the event, with Eddie. Together we’ve put everything about it together since March of this year. In particular, I’ve been responsible for the website and branding, for selecting and scheduling the acts, that sort of thing.

What is the event’s core mandate?
While the Lisdonvarna Matchmaking Festival has run for over 150 years, this is the first year of The Outing. We want Lisdoonvarna to feel like the welcoming inclusive place it is for everyone who attends The Outing. Ireland has matured in its attitude to LGBT rights but many people still see rural Ireland as being behind in that regard. Lisdoonvarna, like many other small towns, really isn’t, and we want it to be recognized as such and provide the great example it does. This is going to be a very fun and very new event, but above all, a welcoming one.

Who will attend the gathering?
Singles, couples, groups of friends, (straight and gay) from all over the place! Of course we’ve had plenty of bookings from around Ireland, but also from the UK, USA, and places like France and Switzerland.

What can they expect to experience?
The core activities of the century and a half of Lisdoonvarna will still be there, but with a new twist. Expect Céilís and Tea Dances, but hosted by drag queens and interspersed with performance art, live music, and great DJ sets.

Why is it an important event for the LGBT community there?
The Outing is supporting the national work of the BeLonG To organization – which provides support for young LGBT people. Specifically, we’re raising awareness and funding of their program to provide support groups in more rural areas so that gay young people no longer feel that perhaps they don’t belong in the rural areas they grew up in. Lisdoonvarna is doing a great job of drawing national attention to the sense of inclusion and belonging that is there for LGBT people in rural communities. Of course that political message aside, it’s going to be a hoot! Nothing like this has ever happened before and it’ll be the funnest weekend The Burren has ever seen!

Why is it an important event for the non-GLBT community there?
Apart from showing solidarity and support, all attendees are going to have an amazingly fun time at the various activities and performances of the weekend. It’s revitalizing a long-running tradition by opening the Lisdoonvarna Matchmaking Festival with a new perspective and everyone is going to feel welcome to take part.

What are the plans for the event in the years ahead?
Obviously we see The Outing as heralding the beginning of an annual LGBT weekend among the month-long Lisdoonvarna festival. We’d love to see this become an integral fixture!