The Pride and Passion of the Games 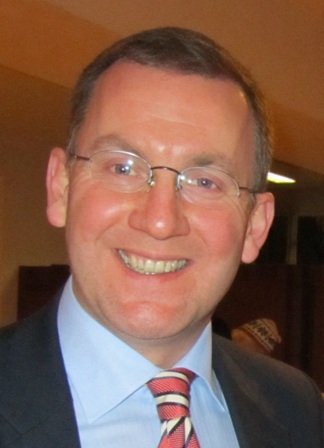 Summer 2014, and many readers will be planning to attend a Scottish Highland games here in America. My first visit to a Highland games in the US was in July 2006. I was single and living in London when a good American friend invited me to join her and her family at the Grandfather Mountain games. In addition, she promised introductions to 50 of her single, American girlfriends. It didn’t take me long to book my ticket, and within hours of pitching my tent I had met Melanie Pinkerton. Six years later Melanie and I were married in Georgia and I became the latest member of the great Scots’ Diaspora.

In 2012 it is estimated that at least 160 games were held across the US alone. Some of these games attracted several thousand visitors and are internationally renowned, such as the Grandfather Mountain and the Pleasanton games. Others are smaller affairs and more recently established, such as the Sycamore Shoals Celtic Festival in Tennessee. In an attempt to understand the popularity of the games, Melanie and I returned to Grandfather Mountain in 2012 and over the following 12 months travelled across the US, visiting Highland games in California, the South, the Mid-West and the East Coast.

Highland games have been held in Scotland since time immemorial and the main events of today’s games in the US would be very familiar to those early Scottish folk.  In addition to the classic “heavy” events that include the iconic caber toss, there is also the spectacle of traditional Highland dancing and the sound of the great Highland bagpipe. All immigrant cultures adapt to their host environments and Highland games in the US are no exception. The games in the states today often contain events that are unknown in Scotland. Many of these are post-war innovations and include “Kirkin’ of the Tartan” church services, parades of the clans, resplendent in their tartans or plaids, and stages for Celtic rock music. A notable feature of the games stateside is the rows of tents representing the Highland clans.  While often set up on the periphery of the games field, the presence and activity of the clans provides colour and soul to the games.

In conversation with fellow visitors, I was frequently told that they came for a good day out for all the family. Amid the visual and audible spectacle of the events there is something of interest for young children, teenagers, parents and grandparents.  Indeed, the novelty value of these events often attract first-time visitors.

One father who had brought his parents and children to the Kansas City games explained the attraction enthusiastically, “I haven’t seen anything like this. It is different from usual things you get to see in the US.” To be sure, parents would often tell me that a day at the games provided better value for money than taking the family to the cinema or an amusement park. In the words of one mother at the Sycamore Shoals Celtic Festival, the event was “cheaper than the movies and lasts all day. It is about family values and doing things together as a family.”

It is well-known that many visitors attend to discover their Scottish ancestry and be part of a kinship group. Speaking with the volunteers at the clan tents, it is evident they take great pleasure in connecting visitors to their clan and introducing them to their Scottish heritage. Visiting my own clan tent at the Bitterroot Scottish and Irish Festival, a fellow Mackay explained how she loved assisting visitors in discovering their Scottish heritage and helping them identify their clan affiliation and tartan. In making these connections, the clan tents play an important part in forming and nurturing the kinship group. This is done by providing a focal point for clan members to meet and socialize, often over refreshments or lunch.

In the early days, St Andrew’s Societies and Caledonian Clubs sponsored Highland games in the US to perpetuate Scottish culture, and this remains true today. A father at the Stone Mountain games, whose own parents had emigrated from Scotland, now involved his own children to ensure the traditions of his parents were carried on.  Indeed, the importance of supporting the games was described to me in near-religious terms by one regular visitor to the Chicago Highland Games, “It is almost like a pilgrimage. You have to come, even if you have only half a per cent of one ounce of Scottish heritage. You have to come to feel the spirit of the Scottish people and everything Scottish.”

This passion for the games was also held by native Scots I encountered. Among my fellow expats there was clear pride that the Highland traditions were being renewed and kept alive by the Diaspora. One Scottish clan chief, attending the Stone Mountain Highland Games as an honoured guest, ventured that it was the Americans who had been responsible for keeping Highland traditions alive in their own country, and that had helped to revive them in Scotland.

All of the visitors I met at the games were very proud of being American, so why are they so committed to maintaining the traditions of their ancestors from a far-off land?  I am sure that part of the answer lies in the patriotic role that Scots played in the founding and development of the modern-day United States. Americans I met took pride in the exceptional role those early immigrants played in the development for their country. Indeed, President Woodrow Wilson’s famous words that “every line of strength in American history is a line coloured with Scottish blood” were widely quoted or paraphrased at the games.

Highland games in America have history that is almost as old as the country itself.  The appeal of the games lies in a spectacle of ancient athletic events and dancing and the sound of massed pipes and drums and Celtic rock bands. This appeal is also laced with a romanticism, not only of the Scottish Highlands and the noble Highland stock, but also of America, its land and the story of its people. It seems to me that the success of the Highland games in the US comes from a careful reinvention of Scottish culture. This includes the fusion of the ancient and traditional with the contemporary.

Such innovation demonstrates that Scottish, or more particularly American-Scottish culture, is lively and creative, and is attractive to a contemporary American audience. This bodes well as a new generation of Americans of Scottish heritage takes the traditions of the games forward in the 21st century.

Alan Mackie is a social researcher and was awarded funding from the University of Edinburgh’s Kerr Fry Bequest to undertake this study.