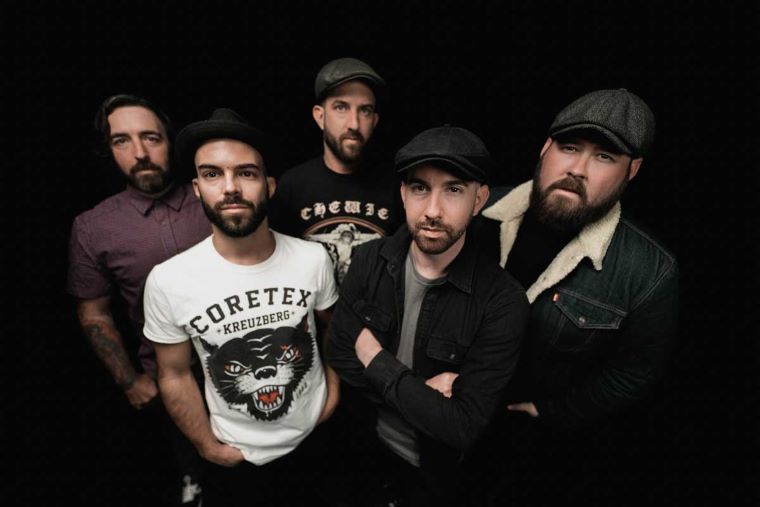 For the uninitiated, The Rumjacks are a band of Celtic rockers from down under, known for their rollicking, frenetic style of pub music. Chances are, however, that you may have already heard of them, thanks to their tune ‘An Irish Pub Song’ becoming a viral YouTube hit.

Formed in 2008, the raucous quintet has never been shy of change, according to bassist Johnny McKelvey.

“The band was kind of pieced together at the very start, and some temporary members were involved until about a year later then we pretty much had the band properly set up,” he explains in an email exchange with Celtic Life International. “We kinda’ took a ‘waste no time’ attitude and began recording and touring non-stop. We slugged it out in Australia, worked as hard as we could, and realized that we needed to move elsewhere to make the band grow.”

The Rumjacks relocated to Europe in order to get the exposure they needed to evolve. But their biggest change came last year when the band parted ways with founding member and lead singer, Frankie McLaughlin. While upfront with their fans about the split, this was a big enough shake-up that even they balked a little about asking supporters to accept someone new headlining the band.

“I know people get a bit nervous with changes sometimes,” says McKelvey, adding in relief, “but not in this case.”

Mike Rivkees was the one tasked with filling out The Rumjacks as their new singer/songwriter and – to the relief of everyone – he was more than suited to the task.

“It doesn’t come without hurdles, as far as the fanbase’s expectations,” Rivkees tells Celtic Life International. “I think I was expecting a lot of turbulence, but everybody has been extremely welcoming.” 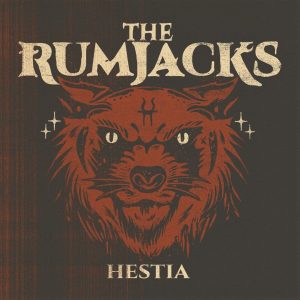 “A big test was having Mike join, and it has gone down amazingly,” adds McKelvey. “Previous fans have welcomed Mike with open arms, and as these songs come out, they have realized how talented he is and just how well he works as a new member of the band. We knew it would have mixed emotions and that is fine, but just how supportive everyone has been is mind-blowing. It is amazing to be in such a positive place as a band, and this feels like a new beginning.”

On top of the shake-up in the roster, The Rumjacks also wrote and recorded a whole album in lockdown while the band’s members lived in different countries across Europe.

“Mike did some serious amounts of demoing, and we all shared ideas and did what we could remotely,” says McKelvey. “We then had a chance to get everyone together in Milan, Italy.”

“We all traveled there from different countries and basically locked ourselves in the studio for two months straight, crafting the album,” Rivkees chimes in.

“We knew we had this chance all together, and made the most of every day,” continues McKelvey, noting that the group’s vibe was as on-point as the tunes. “We were super honest with each other, played around with ideas, and took everyone’s opinions on board. We just worked in a supportive, positive environment, and finally started enjoying the process of recording music. I think it shows.”

McKelvey says his favourite song on the album is the track ‘Rhythm of Her Name,’ whereas for Rivkees, it is a toss-up between that one and ‘Goodnight & Make Mends.’

“It is always uncomfortable for me to write about personal issues,” admits Rivkees. “But as a songwriter, you have to be vulnerable if you are going to write anything relatable. With the passing of a close friend during the pandemic, it was inevitable that it would make its way into the writing.”

McKelvey and Rivkees are eager to know which tracks become the fans’ favourites and hope to be able to play them all on stage as soon as they can.

“Well, once we are allowed, it will be back to what we know best, and that is touring,” says McKelvey. “Fingers crossed that things improve, as we really want to present Hestia nice and loud on stage.”

“That is up to our little friend, Covid-19,” adds Rivkees. “In the meantime, we will be releasing music online, and pumping out a ton of video content.”