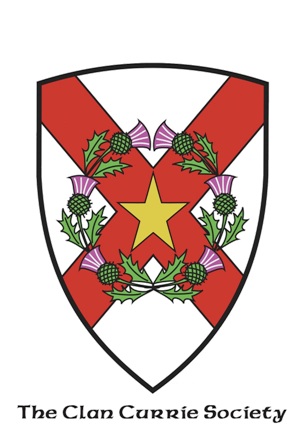 This Friday, the annual Saltire Award will be presented to Robert Currie of New Jersey at the Scottish Heritage Awards Banquet at St. Andrews University in Laurinburg, North Carolina.

The award is given by the Scottish Heritage Center at St. Andrews University to an individual who has made an outstanding contribution to the preservation and interpretation of Scottish history and culture here in the United States.

Currie is descended from Neil Currie, a crofter who was “cleared” from the Island of Arran in 1828.

“True to his Scottish heritage, Robert Currie has become an instrumental leader in preserving and perpetuating interest in not only his own ancestry but the shared legacy of all Scottish-Americans,” said Scottish Heritage Center Director Bill Caudill.

Currie currently serves as President of the Clan Currie Society worldwide. The Clan Currie, known in Gaelic as “MacMhuirich,” served for 800 years as the bards to the Lords of the Isles – preserving the epic poetry, songs, historical stories and lore of the major families of the Western highlands and islands of Scotland.

Originally formed in 1959 in Glasgow, Scotland, Currie re-established the Clan Currie Society in 1991 as an international non-profit Scottish historical and cultural society. Under his leadership, the Society provides a number of Scottish cultural programs around the world. Programs include the “Pipes of Christmas” fundraising concert held each holiday season in New York, the National Tartan Day program at the Ellis Island Immigration Museum, as well as the annual MacMhuirich Academic Symposium. The Society also sponsors the U.S. National Scottish Harp Championship as well as a prize for Gaelic literature at the Royal National Mod held annually in Scotland.

Currie was also instrumental in the design of the “Ellis Island Tartan” – a tartan intended for the descendants of all immigrants who came through Ellis Island in New York City regardless of their ethnic origins. In 2004 he completed a documentary film on Scottish culture narrated by Academy Award winning actor Cliff Robertson entitled, “The Crafter’s Song.” In 2013 he was awarded an Honorary Doctorate in the Arts from Napier University in Edinburgh for his commitment to promote Scottish heritage around the world.

Currie is especially anxious to recruit new members for the Clan Currie Society. As the name Currie is one which is still found prominently in this area he is anxious to meet as many descendants of that name in the Carolinas as possible.

“We share common ancestry as well as a pride in our name, and I would very much like to meet and hopefully involve as many of the Currie name in our organization as possible,” he said.

The Clan Currie Society is present at a number of Scottish gatherings in the USA, and provides scholarship support and financial assistance to students attending a variety of Scottish arts institutions and organizations such as the Royal Conservatoire of Scotland, the National Piping Center, Edinburgh Napier University, Lyon College in Batesville, Arkansas, and the Gaelic College of Arts in Nova Scotia. The Society also funds a research prize at Sabhal Mor Ostaig, the Gaelic medium university, on the Island of Skye.

Professionally, Currie holds a BS degree in Marketing and a MA degree in Corporate and Organizational Communications from Fairleigh Dickinson University. For over 30 years he has held senior positions with leading industrial chemical and building materials manufacturers. In 2005 he was named “Communicator of the Year” by the International Association of Business Communicators. He and his wife Suzanne live in New Jersey and have two adult daughters, Claire and Hilary.