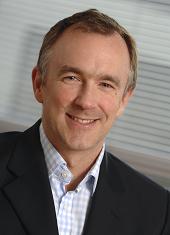 Scotland has a long history of valuing education, hard work and innovation, but the country lacks entrepreneurial spirit and passion, according to Sandy Kennedy, CEO of the Saltire Foundation, a group dedicated to “finding, fueling and sparking” Scotland’s next generation of business leaders.

“The entrepreneurial mindset is central to resolving issues in every walk of life,” Kennedy told Celtic Life Intl. “In Scotland, we have a number of social issues to address and entrepreneurism has a central role to play because entrepreneurs have a sense of passion and energy that will create jobs and wealth – that wealth can help to bring Scotland forward.”

The Saltire Foundation was inspired by a group of international Scots, mostly resident in the U.S., who felt that modern Scots were failing to capitalize on their potential and their strong legacy of entrepreneurship and innovation. The visionaries included people like Crawford Gillis, Kip Forbes, Don MacLeod, Helen Sayles and Mark Bamforth, some of whom sit on Saltire’s Board.  The Foundation was established by the Scottish Government in 2007 and became independent in 2011. Appropriately, it takes the Saltire (the St. Andrew’s Cross seen on Scotland’s national flag) for its emblem.

“For the past 30 years, Scotland has performed less well than would have been expected, both within the U.K. and compared to similar size countries (Scotland’s population is about 5.3 million), despite having strong science and education,” Kennedy said.

“Saltire’s founders concluded that the real reason Scotland was falling behind is that we don’t have enough ambitious, globally minded business people. They decided this was due to lack of confidence – the idea that “I canna do that” — and the Tall Poppy Syndrome (the tendency to frown on people who get above their ‘station’). The lack of a global perspective is ironic really, given that Scottish business people have done well around the world,” Kennedy added, “But it often takes Scots to leave Scotland to realize this. Also, in places like the U.S., selling and marketing are seen as skills or arts, but in Scotland they’re seen as dirty.”

The Foundation’s Undergraduate and Fellowship programs are both sought after. The Undergraduate program offers some of Scotland’s most talented youngsters the opportunity to work with senior level, influential people in the world’s leading companies. Applicants don’t have to be Scottish, but they must be studying at a Scottish university. Last year, the group received more than 1,000 applicants and interviewed 300 for 100 places.

The Fellowship Program is for applicants who are an early to mid-career entrepreneur or a potential business leader with at least four years’ work experience (to date, the youngest has been 26 and the oldest 48). Again, applicants don’t have to Scottish but, as the Foundation provides a bursary of up to 80 per cent, Fellows must pledge to work for a Scottish or Scottish-based business for three to five years following graduation. Kennedy said the Foundation aims to build a cohort of different types of people who will learn from each other and contribute to the group.

Saltire also builds partnerships with other organizations and employers around the world. “We are not only investing in individuals, we also find working partners to help build the Scottish ecosystem – for Scotland, the impact could be truly dramatic,” Kennedy said.

Kennedy believes that elements of entrepreneurship may be inborn, but he thinks the entrepreneurial mindset – how to spot opportunities and capitalize on them — can be taught. Babson College, near Boston on the U.S. east coast, has a global reputation for nurturing entrepreneurship and plays a central role in the group’s work. Saltire has worked with Babson from the start on developing the Fellowship Program and the Fellows go to Babson to learn entrepreneurial leadership from teachers who have themselves run global businesses.

Now in his forties, Kennedy began his own career by training as a lawyer at England’s Cambridge University.  He then worked in the City of London for a venture capital firm for four years, but he found the work dull. His father and grandfather had run dry cleaning and photo development stores and he found his own mind turning toward business. “In Scotland, if you were bright you were encouraged to be a doctor, an accountant or lawyer…but I’d always been interested in business and the closer I got back to it the more I realized it was what I wanted to do. I think my passion for shaping Scotland’s economic future comes from what I heard and learned around my family kitchen table.”

The Saltire Foundation has charitable status and that is important, Kennedy said. “We’re not in this to corner the market. I’m happy to share what we’re doing with others. I want people from around the world to reach out to us. The more people who can benefit from what we’ve learned and done the better.”