The Spirit of Speyside 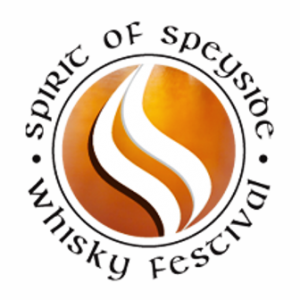 The Spirit of Speyside Whisky Festival, which begins today and runs until May 4, will surely brighten your spirits!

The wild beauty of the isolated Braes of Glenlivet deep in Speyside conceals a tumultuous past that involved subterfuge and secrets, deception and daring deeds.

Turn the clocks back two centuries, and the peaceful hills and glens in this remote part of Scotland were a hub of illegal and covert activity, all connected to whisky, the water of life.

Scratch the surface and you’ll discover the area has a dramatic story to tell, one of locals using clandestine methods to protect their illicit stills and conjuring up cunning ways of smuggling their sought-after spirit out of the glen.

The methods that illicit whiskymen in Speyside employed to evade punitive taxes to smuggle their product to dram lovers has become the stuff of local legend.

Intriguing tales from this turbulent period in the area’s history will be shared with visitors to this year’s Spirit of Speyside Whisky Festival, which runs from April 30 to May 4.

Charlie Ironside who runs Glenlivet Hill Trek has a vast knowledge of the area’s colourful past and is encapsulating the spirit of smuggling in a new day tour for festival visitors.

Charlie says, “Every croft would have had its own still, in some shape or form.Whisky from this area was regards as the best there was and that presumably is why it survived all those difficult years.

“People who are interested in whisky are also interested in the stories behind it and what it was like in this area 150 years ago. We’ve developed a new tour for thefestival to give a flavour of that.

“We will be taking them into a journey into the past by going off-road, into the wilds of the countryside to places they would not normally gain access to.

“They will see the views and nature, heartales about peat reekers and pot stills, have lunch in a bothy, then follow in the footsteps of the smugglers with a walk along a Smugglers’ Trail with an Irish draught horse for company. Then it’s on to Glenlivet Distillery for a tour and a dram.”

The remoteness of the sparsely populated glen, combined with the superior quality of the burns and springs, were the perfect ingredients for the successful secret whisky trade which thrived in the area. It is said that over 200 illicit stills operated in the glen.

After the Act of Union in 1707 the Government levied hefty taxes on malt producers and on their end product, forcing many distillers underground.

Illicit stills sprung up in the crofts and glens, cut into hillsides and covered with heather thatch.

The sale of the illegal spirit generated a much-needed source of income to the rural population, as well as satisfying the thirst there was for whisky from Glenlivet. It had earned a reputation of being of superior quality, known for its sweet and gentle taste. The contraband was even reputedly favoured by royalty, with whisky from Glenlivet said to be requested by name by King George IV on a state visit to Scotland in 1822.

By the time that whisky smuggling had reached its peak in the second half of the 18th Century and into the 19th Century there were many secret methods used to evade capture and suspicion, and to keep the water of life flowing out of Glenlivet.

The people became adept at outsmarting Government soldiers and excise officers, employing simple signalling codes to alert distillers of any potential foes entering the glen. Women would hang out washing on the line as a warning to the whisky makers that excise officers were approaching.

Smugglers found that burning juniper bushes gave a clean, smokeless flame so there were no smoke trails that would have given their game away to vigilant excisemen.

Cunning whisky makers used measures introduced to try and stamp out their trade to their advantage. Authorities hit on the idea of offering a monetary reward to anyone who denounced the existence of an illicit still by handing over the copper coil, an essential part of whisky making equipment. The smugglers used this as an opportunity to help them replace worn out equipment by handing it over government soldiers claiming they had found it. The reward that was paid was then used to purchase its replacement.

Women wore belly pans in which the spirit was hidden, their inflated stomachs passed off as pregnancy.

There are also stories of church ministers complying with the code of the area, with whisky said to have been hidden in church crypts and vaults and smuggled out in coffins.

Whisky made its way out of the glen concealed in sacks of grain or other goods on the backs of pack ponies, who were guided along secret paths and trails that were often impassable because of snow or flood.

The trade had its fair share of characters, and visitors to Glenlivet can follow in the footsteps of three well-known figures from the smuggling past during the whisky festival.

The Glenlivet Distillery and Crown Estate ranger Vicky Hilton are running guided walks along the Smugglers’ Trails. The distillery and estate developed the historic walks, set in beautiful surroundings, to give visitors a flavour of its illicit whisky smuggling past.

Vicky, who is heading up the walks, says: “The Glenlivet Smugglers’ Trails are the perfect way to enjoy the beautiful remote Scottish scenery and the great outdoors. By following in the footsteps of the whisky smugglers festival visitors can explore the untamed beauty of Glenlivet and learn about its spirited past.”

One of the walks is dedicated to George Smith, who was the first in the parish of Glenlivet to operate a legal operation and founded Glenlivet Distillery in 1824. He had been making whisky furtively for years and was considered a traitor by his fellow smugglers, with the market soon drying up for their illicit product. There were numerous threats to his life and he was said to carry two pistols with him at all times for protection.

Smith had taken advantage of a change in the law, with the passing of the Excise Act of 1823, which allowed the distilling of whisky for an annual fee and a fixed levy on every gallon produced and sold.

The number of licensed distillers in Scotland doubled within two years and production of duty paid whisky rose from 2 million to 6 million gallons per annum. Consequently illicit distillation all but disappeared within the next decade.

The Act laid the foundation of what has become a multi-million Scotch whisky industry, which will be celebrated during the five day festival.

The internationally renowned Speyside region will draw thousands of people from all over the globe to raise a toast in celebration of the amber nectar. The Spirit of Speyside Whisky Festival will not only showcase the very best in Scotch whisky, but will also introduce visitors to the food and music of the area, along with its cultural heritage and stunning natural landscape.

The five day festival boasts a packed programme of events taking place in various locations around Speyside, with a range of activities to suit everyone’s tastes. With the region being home to over 50 distilleries, visitors will have the opportunity to take distillery tours – including several not usually open to the public – and taste rare and valuable malts.

Visitors will also be able to explore the area on foot on guided walks, visit exhibitions, sample fantastic locally produced food and dance the night away at evening ceilidhs.