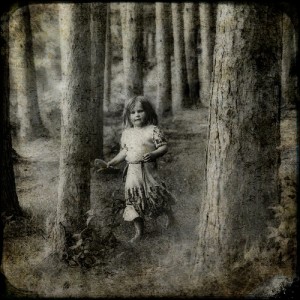 Come away, O human child!
To the waters and the wild
With a faery, hand in hand,
For the world’s more full of weeping than you can understand.

Hear it in the gentle rhythm of rolling hills, the soft meter of muted rain, the melodies of windswept lakes and rivers, the harmonies of forests green.

Where dips the rocky highland
Of Sleuth Wood in the lake,
There lies a leafy island
Where flapping herons wake
The drowsy water rats;
There we’ve hid our faery vats,
Full of berrys
And of reddest stolen cherries.


It is here – the melancholy; tears of times past, the sorrow of strangers, friends and family, and the heartache of home and away.

It is here – by the Belfast dockyards, on the Falls Road and the Shankill, o’er the Glens of Antrim, outside the Derry Walls, atop the waves of the River Foyle, in the fields of Tyrone, upon the islands of Enniskillen – a sadness that simmers and swirls just below the surface.

It is here – in the faces of men, women, children, their eyes curious and cautious, hopeful and hesitant.

It is here – in the concert halls and dance clubs, upon the theatre stage, on gallery walls.

It is here – in the words – tales told, young and old – stories that weave wonder and woe.

Where the wave of moonlight glosses
The dim gray sands with light,
Far off by furthest Rosses
We foot it all the night,
Weaving olden dances
Mingling hands and mingling glances
Till the moon has taken flight;
To and fro we leap
And chase the frothy bubbles,
While the world is full of troubles
And anxious in its sleep.

Where the wandering water gushes
From the hills above Glen-Car,
In pools among the rushes
That scarce could bathe a star,
We seek for slumbering trout
And whispering in their ears
Give them unquiet dreams;
Leaning softly out
From ferns that drop their tears
Over the young streams.


With great tragedy comes great verse, and the Irish penchant for words was born of necessity – a spiritual failsafe in a time and place of ‘terrible beauty’. Touched by the horrors of famine, persecution, poverty and war, and inspired by the natural rhythms of her land, sea and air, a nation of authors, poets, playwrights, essayists and journalists captured and conveyed the deepest, darkest drives and desires of an island and it’s people.

Away with us he’s going,
The solemn-eyed:
He’ll hear no more the lowing
Of the calves on the warm hillside
Or the kettle on the hob
Sing peace into his breast,
Or see the brown mice bob
Round and round the oatmeal chest.


It is here – hope and healing, peace and prosperity, at long last.

Hear it in the gentle rhythm of rolling hills, the soft meter of muted rain, the melodies of windswept lakes and rivers, and the harmonies of forests green.

Come away, O human child!
To the waters and the wild
With a faery, hand in hand,
For the world’s more full of weeping than you can understand.