THE THRILL OF VICTORY 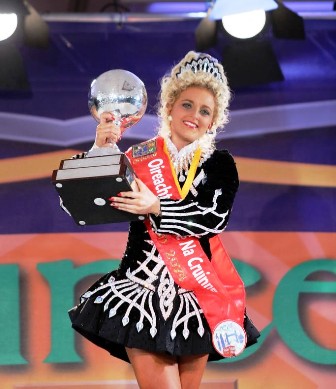 What’s it like to be a World Irish Dance Champion? With this year’s “World’s” taking place this week in Montreal, we spoke with two former winners about the thrill of victory and the passion for dance.

How old were you when you first started Irish dancing?
NM: I was four years old when I started.

When was the first time you competed at the Worlds and do you remember what the experience was like?
NM: I was in the Under 11 Category and was 10 years old (the youngest you can be). I don’t really remember much no. I’ve been lucky not to suffer with nerves though, so that’s been a saving grace.

What were some highlights for you from your times at past World Championships?
NM: I’ve made many friends throughout my dancing career and travelled to lots of fantastic places for which I am very grateful.

How are preparations going for competing at this year’s Worlds?
NM: Preparations are well underway. I’m training hard in class at the Doherty Academy of Irish Dancing in the Midlands, and working hard at home, when I get spare time, by doing various fitness regimes. 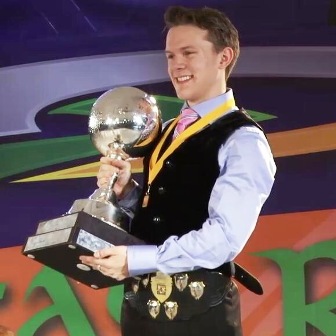 How old were you  the first time you competed in the Worlds and do you remember what the experience was like?
JH: I had qualified  at the youngest age you could attend, but my teacher, Mrs. Maureen McTeggart Hall, felt that I needed some experience before going to the 2002 Worlds. My first Worlds was in 2003 in Killarney, Ireland and the main thing I remember is getting sick right before we left. I felt miserable the whole time we were there and it wasn’t until the day I competed that I felt good. I did not make the recall but I wasn’t expecting it.

What were some of the highlights for you from your times at the World Championships?
JH: Definitely my wins in 2006 and 2014. Nothing is as amazing as winning the Worlds. It was so much hard work, dedication, and passion that got me here.

Will you compete at this year’s Worlds?
JH: I have officially retired from competing! 2014 has been an amazing year and it feels like a perfect time to hang up the shoes. I plan on taking the TCRG (teaching certificate) exam this year in September. I am also in the process of starting my own Irish dance dress company.

What do you love most about Irish dance?
JH: Everything; I really can’t put my finger on one thing because my whole life has been Irish dance. It is the greatest thing I can think of and I love it so much. I cannot picture my life without it.

For those who don’t know much about the World Irish Dance Championships, what would you like them to know?
JH: The World Irish Dance Championships are literally the Olympics of the Irish dance world. Dancers and teachers put in months of practice for roughly 4 to 7 minutes on stage. The way Irish dancers train is similar to how you see gymnasts, swimmers, ice skaters train for the Olympics. It’s hard work, a lot of stress, but the most exhilarating feeling to get to dance on the Worlds stage. Only the top dancers get to qualify, and even then only the top 1-5% of those dancers place on the podium. Irish Dancing is a sport; you can see it in the athleticism that is demanded in our movements and steps. I love it so much and everyone should try it out!